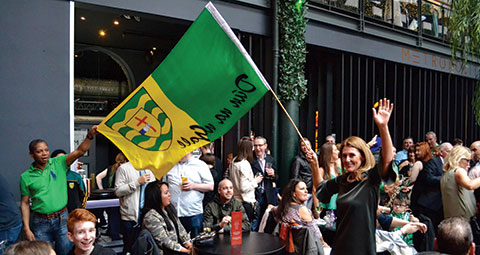 WHEN he visited the Irish Famine Memorial in the US city of Philadelphia in mid-March, just before St Patrick’s Day, the Taoiseach—Enda Kenny TD—made an important speech about Ireland’s strong and enduring connection to its global diaspora. In the course of this speech, he announced that the Irish Government had decided that Irish citizens (above) resident outside the State should be allowed to vote in Irish presidential elections.

This was an historic announcement, which recognised the importance that Ireland attaches to our relationship with all our citizens, wherever they may be. In the past, for many people who left Ireland to live and work abroad, their departure meant they were severing an important part of their relationship with the State. Now, the government wants to ensure that Irish citizens—in whatever part of the world they live in—have the chance to have a say in choosing the person who represents Irish people at home and abroad.

The Irish people have long been a global community and the boundaries of our nation stretch far beyond the island of Ireland. Ireland’s constitution commits us to cherish our special affinity with people of Irish ancestry living abroad who share our cultural identity and heritage. The government wants to support a vibrant, diverse global Irish community, connected to Ireland and to each other.

In 2015, the Government of Ireland published its first official Diaspora Policy—Global Irish—which recognises the need to nurture and develop Ireland’s unique and important relationship with our diaspora. During the development of that policy, many submissions made by members of the diaspora highlighted the importance of voting rights to help them deepen their engagement with Ireland and play a more active role in Irish society. It was particularly evident that many Irish citizens abroad felt it was important that they have a say in electing the President, a figure who represents the whole Irish nation, including Irish people living overseas.

The important role of the President as a representative for the whole nation was vividly demonstrated during the visit to Scotland last June by President Michael D Higgins, which celebrated the close cultural and community links between Ireland and Scotland, as well as the enormous
contribution that Irish people have made to modern Scottish society.

The publication of the Diaspora Policy was just one of a number of recent initiatives taken by the Government of Ireland which recognised the importance of the relationship between Ireland and its diaspora overseas. Another key decision was the creation in 2014 of the position of Minister for the Diaspora. Engagement with the Irish community in Scotland is of course an important part of the Minister’s work, and the current Minister for the Diaspora, Joe McHugh TD, visited Scotland twice last year—in June, when he accompanied President Higgins on his official visit to Scotland and again in November.

Convention on the Constitution

The Taoiseach’s announcement in relation to voting rights acknowledges the views of many of those who contributed the process of developing the Diaspora Policy and also reflects a recommendation from the Convention on the Constitution, the forum composed of representatives of Irish society established by the Oireachtas in 2012 to make recommendations on possible changes to the Irish Constitution. When this body considered the question of diaspora voting, 78 per cent of the members of the convention were in favour of citizens outside the State having the right to vote in presidential elections.

In late March, the Minister for Housing, Planning, Community and Local Government, Simon Coveney TD, published an options paper which sets out how the recommendations of the Convention on the Constitution might be realised. The paper, which was prepared in conjunction with the Department of Foreign Affairs and Trade, provides a detailed analysis of the legal, policy and practical implications of extending the franchise. The options paper can be found on the website of the Department of Foreign Affairs and Trade at www.dfa.ie/global-irish, and will help to inform public discussion on the specific proposal that will be put to the people at the referendum.

The Global Irish Civic Forum—which will take place in Dublin next month—will bring together representatives of a large number of Irish community organisations based overseas and will provide an opportunity to discuss the options paper with diaspora representatives. These discussions, and wider public discourse, will help the government to consider carefully issues such as whether all citizens resident outside the State should be entitled to vote or whether the entitlement should be limited in some way; how electoral registration would be managed; and what method of voting should be used. This will allow the Government to identify a preferred model for how an extended franchise for presidential elections might work, and to prepare the necessary legislation for a referendum and for the amendment of electoral law.

In developing its approach, the government will look carefully at experience elsewhere, and it is interesting that arrangements for out-of-country voting differ widely from country to country. The majority of countries around the world provide for voting by citizens resident abroad, but there is huge variety in the arrangements made, the eligibility requirements, the time limits applied and the type of elections covered.
20 of the current 28 EU member states provide for voting from abroad by citizens who are resident outside their home state regardless of how long they have spent abroad. In the case of the United Kingdom, UK citizens lose the right to vote in domestic elections following an absence from the state of more than 15 years, but the British Government has said it intends to remove this 15-year limit and to allow UK nationals to vote no matter how long they have been resident abroad.

For Ireland, it will be necessary to take great care to design arrangements for out-of-State voting, which work effectively as part of our electoral system. It is true that, in respect of our citizenship laws, Ireland has some unique features which make the policy considerations more complex for us than for many other countries; but the government recognises the great value in ensuring that Irish citizens outside the State can play an appropriate part in the civic and political life of our nation.

This initiative will help to ensure that such citizens, who have played such an important role in our nation’s past and in creating the Ireland of today, can also contribute to shaping our future. 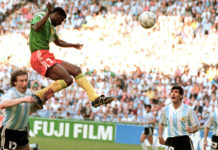 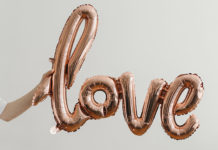