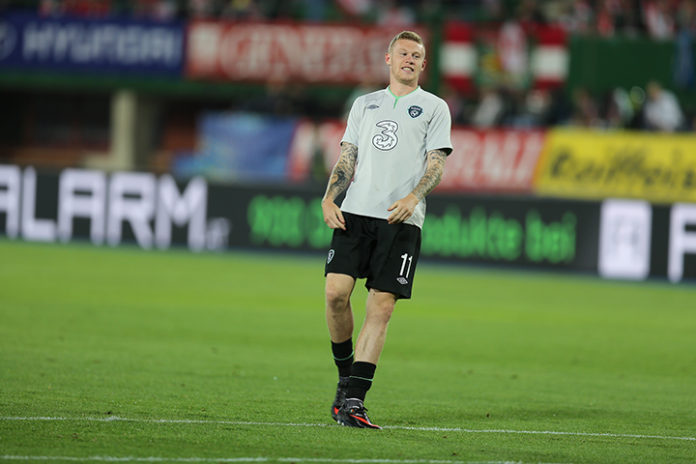 IT’S usually in November —‘Poppy Season’—when James McClean starts hitting the headlines, so it feels somewhat odd to be doing this in the month of March, for a change.

While I admire McClean (above) for speaking-out against the discrimination that he suffers, I feel a bit of wider-perspective is still required.

First up, let me reiterate again that the anti-Irish sentiments that are hurled at McClean—either from the stands or on social media—are disgraceful. The Derryman himself seems to feel that the abuse of Irish players has been overlooked. But has it?

The guff McClean gets is crass, but he can help himself too.

Looking at the recent online comments, it seems that his original decision to not wear the remembrance poppy while playing for Sunderland in 2011 was the initial spark that lit the fuse. No disregard to Weirside, but it is a very staunch ‘pro-Brexit’ kind of area, so McClean maybe should’ve carried out his decision without going public.

I trust that had McClean explained his position privately to his manager or the club board, it would’ve been accepted, but we all know that today, anything that goes online will spark a reaction that is often venomous.

While he might have been receiving pelters from the crowds attending the games he was playing in, it seemed, for a while at least, that he was winning the overall battle. A blunt and honest interview on BBC’s Football Focus seemed to have gained him some favour and his then club, West Bromwich Albion, were fully supportive of his wishes.

The situation began to unravel every November when he’d repeatedly comment about his refusal to wear the poppy. The English media—in the past—had no qualms about tarnishing their own players like Paul Gascoigne and David Beckham, so McClean perhaps should’ve known that he’d never win them over.

He’d should have followed the example of Manchester United’s Nemanja Matic. A Serbian international who also refuses to wear the poppy. He’s made his polite and respectful statement on it and has basically refused to be drawn on questions about it ever since. His stance is accepted because he gives the media no fodder to use against him.

McClean missed a trick there. He continued to post images that could easily be perceived to be provocative and antagonistic. His decision last year to adorn a balaclava while home-schooling his children was a very poor choice of humour on his part, especially because he used such a public platform as Instagram to post it. ‘Poppygate’ seems to have been forgotten about because this action was seen by many as going too far.

McClean appeared neglectful of the fact that many football fans in England still harbour strong emotions about the IRA’s bombing campaign there in the not-too-distant past. If he wants to be understood as a Creggan-native, he has to try and at least understand their feelings.

The biggest concern for me is based purely on football though. The self-entitled keyboard warriors are now turning on other Irish internationals for not standing strong with McClean. That’s where the whole situation gets messy.

While Niall Quinn did express that there were often jibes like ‘Go Home, Paddy!’ I believe that McClean’s campaign—the end goal of which is not clear—will, sadly, not go beyond the realms of a few likes, shares and hashtags. And that’s a sad indictment of the people who claim they ‘stand with McClean.’ They don’t. Not really.

McClean has been publicly supported recently by the Football Association of Ireland and Stoke City FC and, I could be wrong, but I can’t see it gathering any more traction.

A bit of perspective will show that while this is major news to Ireland fans, this is not a blip on the radar of countless other football fans across the UK, Europe or the world.

A few weeks ago, Brighton’s Aaron Connolly received torrid online abuse for missing a chance to make it 2-0 in his side’s win over Tottenham. For a time, he quit his social media. Ian Wright also condemned the racism he received from a lad from Kerry and I feel that James McClean should either quit Instagram—or at least block messages coming through on it—and if not for himself, then at least for the sake of his wife and children.

He’s a lad with a good heart—as we’ve seen with his great charitable work down the years—and while I think his form for the Ireland team hasn’t been great in a long time, he’ll still be remembered as a hero for the away games against Austria and Wales back in the day.

I admire his ability to speak out and expose anti-Irish sentiments, but I’m concerned he will also —inadvertently—cause more disunity and going by the crackled tone in his voice during recent radio interviews, it seems as though he’ll never be truly happy with any outcome of whatever results he’s campaigning for. 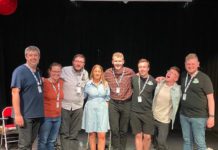 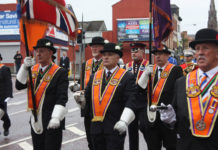 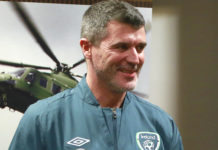