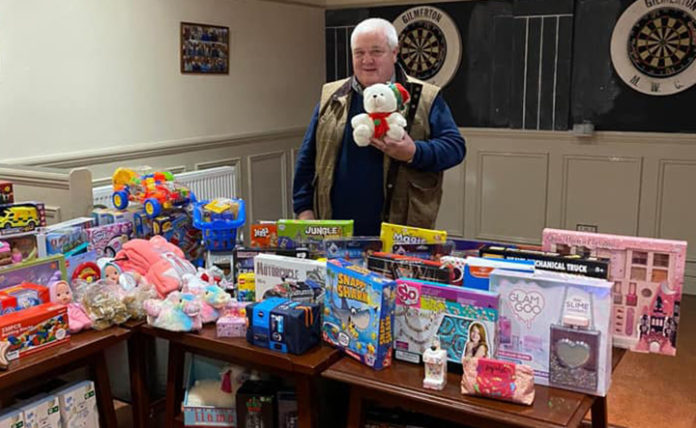 A GREEN and White Christmas is on the cards in both Glasgow and Edinburgh as both the Celtic FC Foundation and Helping Hands call for support for their festive efforts.

Born out of the ambitious plans of Hibs supporters to meet the needs of those suffering from deprivation and inequality in Edinburgh, Helping Hands has become a city-wide campaign working for people across the capital.

Last Christmas they launched a campaign to gather gifts for young people in need, with the aim of delivering them some Christmas cheer and this has continued this year. The campaign asks ordinary people in Edinburgh to donate gifts for young people in city, which can then be gathered by their volunteers (above)—who have all been trained in Covid-19 safety protocols—at designated collection points. Supporters are asked to donate gifts which are unopened and unwrapped, as well as gift vouchers, in order to build a stock of gifts which can help ensure a happy Christmas for children and young people across the city.

In Glasgow, meanwhile, the Celtic FC Foundation launched its festive work with a £10,000 donation from Celtic FC to get the Football For Good Fund underway. With a range of efforts which include a toy drive, homeless and women’s aid charity work, a virtual bucket collection and other fundraising campaigns, the world of the Celtic FC Foundation is more important than ever in a year of such uncertainty.

Speaking of the donation from Celtic FC, the club’s Chief Executive Peter Lawwell spoke about Celtic’s role in the community and greater need for such work in a year which has presented so many challenges to the city and Scotland as a whole.

“The work carried out through the Football for Good Fund has been remarkable and we sincerely thank our fans their magnificent support of this initiative,” he said. “We have helped thousands of people in need already, distributed more than £900,000 of support and will continue to do all we can to make a positive difference to many.

“The Foundation’s work around the festive period has always been crucial but there is even greater significance this year, due to the additional burdens associated with the current pandemic. It is an honour for the club to launch the Christmas Appeal phase of the FFGF with a donation of £10,000.”