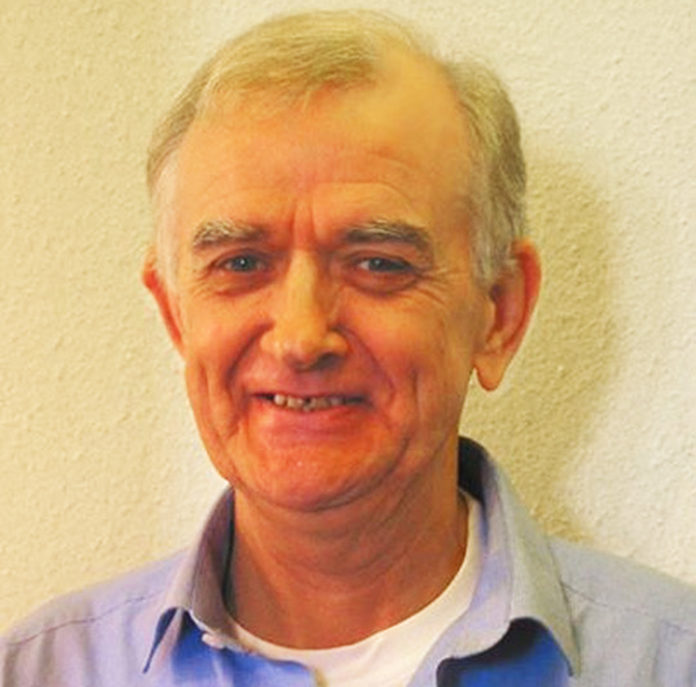 THE Irish in Scotland were sad to hear of the passing recently of community stalwart and founder of Edinburgh’s Festival of Ireland, Willie Haines (above).

Willie was born in Dundee on November 28, 1947. His family were celebrated trade unionists and Willie remained committed to progressive politics throughout his life.

He won a place at the prestigious Morgan Academy, which had become a grammar school the previous year. The young Dundonian then headed to London to make his way as an accountant, but the call to a different path was getting stronger.

As a teenager, Willie joined the local Tayside folk music band Barty’s Bow. London saw him playing concertina in the Irish pubs and forming the band Shegui. Shegui turned professional, toured Europe and put out its first album in 1981, but life on the road didn’t suit Willie and he returned to Scotland.

He set up a music shop in Edinburgh with two partners that specialised in everything to do with Folk music—the famous hub and meeting place, Blackfriars Music. For Willie the shop was also a base from which to launch many other projects. During that time, too, he met and married a Californian living in Edinburgh named Adele.

He wanted to give something back to the Irish Community and in 2011 he and friend Neil founded Edinburgh’s Festival of Ireland which has grown from strength to strength ever since.

A year after its launch, Willie underwent treatment for nasophyngeal cancer and was cancer free for four years. It returned twice more yet Willie was able to carry on with his music and festival for nearly all of it.

Willie Haines slipped away at St Columba’s Hospice in the early hours of Wednesday January 20, 2021.

Jennifer Roxburgh, Company Director for Irish Dance Village and member of the Siamsoir Irish Dance Troupe, worked closely with Willie on the Edinburgh’s Festival of Ireland committee and was among those who paid tribute to his life and legacy.

“He was a man fuelled by his vision of celebrating Scottish and Irish cultures,” Jennifer said. “He was a passionate supporter of the Irish in Scotland and that’s how I came to know him. His support of my dance company was so valued and appreciated. He always thought of us and helped us any way he could. I enjoyed our enthusiastic coffee meetings where we shared our ideas and hopes for the future. We attended many events together ranging from sparkling receptions to freezing photo shoots and outdoor parades. Nothing would stop him from championing his cause. May we all take some of his resolve with us as a way to honour his legacy.”

Donations can be made to St Columba’s Hospice, Edinburgh through Willie’s Tribute site: https://williehaines.muchloved.com. Please share thoughts, memories, pictures and music for Willie there too