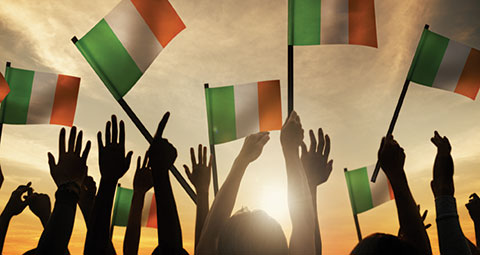 THE Grange Club in Edinburgh will play host to a special celebration of Irishness next month, with the Irish community in Scotland set to descend on the Stockbridge venue for an Irish Culture and Heritage Day.

Led by the Irish Consulate and drawing on support from a range of Irish cultural bodies and Bemis—the national support body for Scotland’s ethnic minorities—the event, which takes place on September 30, will showcase the best of the Irish community in Scotland.

A part of Scotland’s history

2017 has been designated as Scotland’s Year of History, Heritage and Archaeology, and while up and down the country a range of events and re-examinations of Scottish history and culture are taking place, many migrant communities in the country are taking the opportunity to celebrate and share their own culture—including Scotland’s Irish.

“As part of the 2017 celebration of Scotland’s history, heritage and archaeology we were delighted to support the GAA and Conradh na Gaeilge by funding this Irish cultural celebration day,” Danny Boyle of Bemis said. “The multi-generational Irish community have made an immeasurably positive impact of the physical and cultural landscape of Scotland.

“Their Gaelic sports, language, music, dance and broad culture are a huge asset to Scotland and symbolise the close relationship between both countries. It is commendable that the Irish Government invests, via these organisations, into community development in Scotland and we are certain that this celebratory event will prove to be a huge success. Scotland is enhanced by its diversity and the Irish community are part of this evolving national identity and these living traditions.”

Though the Grange Club is traditionally home to Scotland’s cricket side, on the day it will feature Ireland’s national sports, with Gaelic games set to be showcased by the GAA for visitors. With a vibrant GAA scene in the country it is hoped that the talent and skills can be harnessed to demonstrate the best of Irish sporting culture.

“We hope this event will become an annual one,” a spokesperson for the GAA in Scotland said. “This should be a great family day with sport, music, food, drink, bouncy castles and more. It will also be a brilliant opportunity for us to promote ourselves to people and businesses that have an interest in Irish culture, but may not be aware of their local GAA clubs.

“It is a chance and a great opportunity for those who are part of the Irish community or interested in Irish culture and heritage to learn about their local GAA clubs, and to watch and join in with GAA events. There will be Gaelic football mostly but will also have some hurling and camogie.

“Though hosted in Edinburgh it is expected people from across Scotland will attend and we are hopeful that 500 to 800 people will be there on the day. We want to have a promotional table where each club can have information flyers that inform visitors of what GAA clubs do and how they can get involved.”

Scotland GAA will run 7-a-side Gaelic football tournament on the day, catering for age groups from U12/beginners right up to adults, giving those in attendance the chance take part in some competitive sport or—for beginners—to take their first steps in the sport.

With some of the most talented traditional musicians in Scotland coming from the Irish community, and with the links between the Irish language and Scottish Gaelic being noted in a way which has increased respect and recognition for Irish in Scotland, musical groups and Conradh na Gaeilge will also play an important part on the day, demonstrating their own important roles in Irish culture today.
Irish dancing—one of the most recognisable elements of Irish culture globally—will also feature prominently as part of the events.

When the Year of History, Heritage and Archaeology was launched, Scotland’s Cabinet Secretary for Culture, Tourism and External Affairs, Fiona Hyslop MSP, spoke of how some of the lesser known stories in Scotland could be showcased.
“As well as our history of many well-known stories and famous, indeed some infamous, historical characters, the year will also give us an excellent opportunity to focus on Scotland’s world-renowned archaeology, enticing visitors and locals alike to visit not only our known iconic landmarks with their thousands of years of history, but also our many hidden gems,” she said.

Always proud of the role they have played in Scotland’s story, the Irish community here will be hoping that this ground-breaking event will demonstrate how much of a gem the Irish diaspora in Scotland really is.

Those looking for more information on the event or to participate on the day can contact edinburghcongen@dfa.ie to make further arrangements. Those looking to enter teams in to the Gaelic football competition can do so by getting in touch with e-mail pro.scotland@gaa.ie