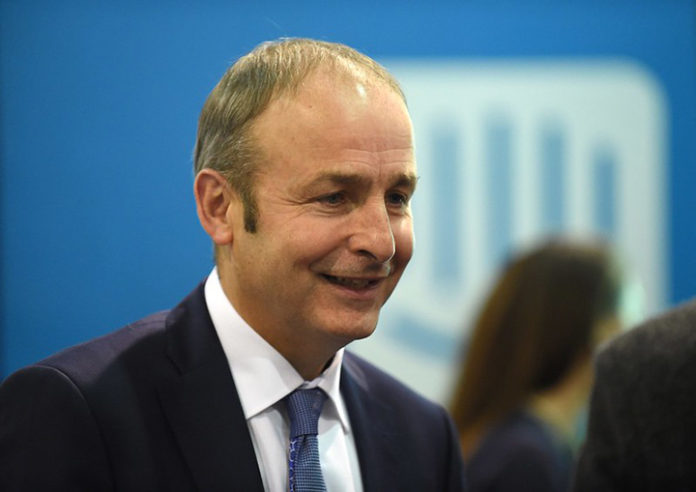 THE British Irish Parliamentary Assembly gathered virtually for its 60th Plenary, the first since the outbreak of the Covid-19 pandemic and the UK’s withdrawal from the European Union.

Under the theme of ‘Challenges and Changes,’ the event saw Taoiseach Micheál Martin (above) deliver the opening address, telling the assembly that they must work to deepen co-operation on climate and biodiversity initiatives, to ensure an economic recovery from the pandemic and to allow collaboration on international issues.

“We will need to develop structures to underpin this engagement, with regular meetings by heads of government, at ministerial and senior official levels in order to build relationships and deliver on agreed programmes of work,” he said.

Also being discussed was the Protocol for Northern Ireland, with the Taoiseach using his opening remarks to call for continued co-operation on the issue, saying: “It is right that we all work closely together to ensure that the Protocol works and that disruption is minimised to the great extent possible.”

The assembly gathers members of parliaments in Dublin, London, Edinburgh, Belfast and Cardiff and also welcomes representatives from Guernsey, Jersey and the Isle of Man. It meets twice annually since its establishment in 1990.

Closing the plenary, the Irish Co-Chair, Brendan Smith TD, spoke about the benefits which can come from working closely across the nations.

“I want to thank the Taoiseach Micheal Martin who we were honoured to have with us this morning to deliver the opening address, and all of our speakers today who joined us for the first virtual plenary of BIPA,” Mr Smith said. “Much of the plenary’s focus and discussions were on the urgent challenges facing us as parliamentarians in 2021 and indeed beyond. The work of BIPA is of profound importance for our two countries. We need to build on the good work of BIPA since it was formed in 1990 in building and deepening bonds between our nations.

“We now have new challenges not as great and prohibitive as they were in 1990, but working together, we can deal with these challenges and indeed create new opportunities for us. As a political assembly, we will not shy away from the work that needs to be done for the benefit of all of the people we represent.”