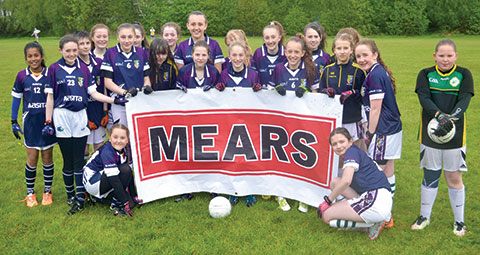 THE future of ladies Gaelic football in Scotland looks bright, and the under-14 girls showed the quality present at underage level as they took on their counterparts from Lancashire in Glasgow as part of their preparation for their upcoming competitive fixtures.

The girls were competing as part of a North Britain blitz and the get-together gave the Scotland girls the chance to test themselves against some of the best footballers in the rest of Britain. On the day, however, the players were up against more than just their opponents as the elements conspired against them with atrocious conditions limiting opportunities and testing the resolve of both sides.

The girls represent three clubs in Scotland—Coatbridge Davitts, Dunedin Óg and Glaschu Gaels —and have been training as a group only since last month. Although they are still training and playing with their clubs, the focus of the Scotland squad is beginning to turn to next month and the international youth Gaelic football gathering at the Feile.

This year, the Feile takes place in Fermanagh, and Scotland will be hosted by local club Belcoo O’Rahillys, competing in Division Six. Having steamrollered their opponents from Lancashire, and with a trip to the British Feile in Birmingham to come first, the visit to Fermanagh presents the best opportunity for the Scotland girls to take on top quality opposition and continue their development as footballers.

“Feile gives our girls a chance not only to compete against good opposition but to make lasting friendships and take back great memories of what is a fantastic weekend,” said the Scotland coaching team, speaking of the importance of the Feile and the support the county has received. “The Scotland team and management would like to thank Gerard at The Irish Voice, Maggie Elliott at Mears Scotland and the Unite union for their help behind the scenes.

“The management would also like to thank the club’s efforts in encouraging the girls to represent their county, as without the hard work of club coaches the task would be impossible.” 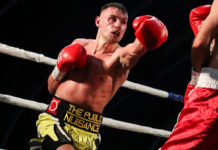