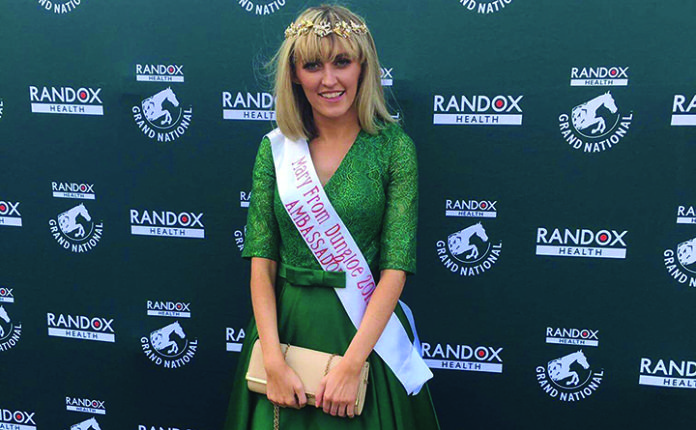 AS THE sun sets on this year’s Mary From Dungloe International Arts Festival (Féile Ealaíon Idirnáisiúnta Mháire an Clochán Léith 2019) and we move into winter nights, our hearts warm when recalling the trips many immigrants and their families made back to the Emerald Isle this summer.

The Donegal Diaspora from around the world descended in great numbers to support this year’s festival. Donegal warmly welcomed each and every Mary, visitors and locals alike to the beautiful town of Dungloe, located on the Wild Atlantic Way in Donegal.

The highlight for many was of course the crowning of the 52nd Mary From Dungloe. The title this year went stateside to Roisin Maher who represented New York. The festival concluded with a crowning cabaret hosted by Daniel O’Donnell and was screened to the diaspora worldwide and attended by those lucky enough to secure tickets.

Ambassador
Every year the festival moves with the times, whilst continuing to hold onto the traditions we all hold close to our hearts. This year saw our festival extend a familiar hand of friendship to Roisin Cassidy (above) from Wishaw in North Lanrkshire and included Roisin—who has mild learning disabilities—in a unique and special way.

For the first time the festival was inclusive of an ambassador. This was awarded to a young person who had diligently supported and prompted the festival for many years. This role was undertaken by Roisin who was invited to join the Marys (above right) and experience the week along with the girls whilst they represented their cities, towns and counties.

This invitation was gracefully accepted by Roisin at a selection event held in Glasgow. This position was accredited to her in recognition of the support she has provided to many a Mary over the years and the deep-rooted love she has for Donegal and Dungloe in particular.

Warm relationship
Roisin is a young person who has developed a huge interest in the local area from a young age. She spent many years exploring what this wonderful county has to offer. In Roisin’s early days, she enjoyed trips to Ireland with her parents. These trips laid a solid foundation for the warm relationship that she would build with the festival later in her life.

For many, a trip to Donegal is a solace from the various adversities and daily challenges that we can all face at different points in lives. For Roisin, she considers Dungloe to be her ‘happy place,’ a place where she has been allowed to become her ‘true self.’

Roisin can now reflect with ease the way in which the festival and the local area have contributed to the confident young person we see before us today. She bravely explained to me that this person was not always there, or in her words: “The real Roisin was hidden underneath lots of fear and anxiety.”

Roisin, like many young people faced difficulty with her identify and found it a challenge to ‘like the person she was.’ This saw her struggle with anxiety and low self-esteem for many years. Along with the natural and professional supports that surrounded and supported her, there is a place that Roisin considers to be instrumental in this transition. She proclaims Dungloe, as being a town that has played a significant part in her ability to achieved positive mental health. This has, in her view, allowed her to develop skills in building the positive relationships that have furnished her with an ability to grow in confidence.

Great experience
She said to me that undertaking the role of festival ambassador was something that she would previously have considered to be out with her capabilities—a story very often shared by many of our young people who have participated in the festival over the years. This is regardless of whether they are a Mary, an escort or taking part in the parade or fashion show, or indeed in Roisin’s role as an ambassador.

Roisin’s mother—Theresa Cassidy—said that: “From where Roisin was to where she is now and everything she has achieved in-between in truly remarkable.” Theresa considers the role of ambassador to be one that fits her daughter’s personality, in that it exemplifies how a young person can achieve their dreams —something she has certainly done.

She is not just an ambassador to the Mary From Dungloe Festival, she also works at Wishaw General Hospital as a clerical assistant and this job provides her with the means to pursue her other passion—Irish Country Music. She can be found in the front row dancing to Nathan Carter as he belts out Wagon Wheel or dancing along to Derek Ryan. The Irish Music community has become like a family to Roisin, similar to the relationships she now enjoys from being part of the Mary From Dungloe Festival family.

Rosin reflected on her time in Dungloe and her role as ambassador as one of the best experiences of her life. Her highlights were meeting so many new friends and exploring the surrounding areas, whilst enjoying the glitz and glam when attending the gala ball and crowning cabaret.

Roisin has been touched by the heartfelt compliments and words of encouragement she has received and she feels very honoured and privileged to have been selected as the Mary From Dungloe Festival ambassador. 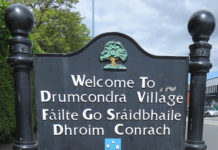 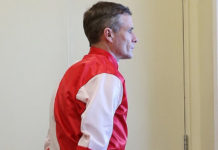 O’Briens on form and a fond farewell to Pat Smullen