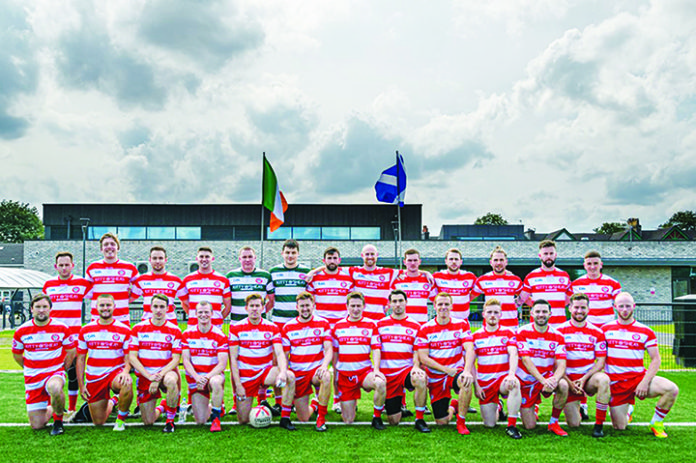 THE North of Britain League Final saw the strength of Gaelic football north of the border demonstrated for all to see as two Scottish clubs battled it out for the coveted title.

The tournament was established to provide more and better quality matches for the strongest clubs in the north of Britain, and owes much of its success to the way in which those clubs have responded to the challenge by travelling long distances to test themselves against the cream of the crop from other regions.

It came as no surprise to the other participants—given the strength of both Glasgow Gaels and Dunedin Connollys—that it was those two clubs which emerged on top of the pile and duked it out for the honour of having theirs as the first name on the trophy.

Operating on a group format, games against clubs such as Oisíns (Manchester), John Mitchels (Liverpool) and St Brendan’s (Manchester) left no-one in any doubt as to the standard of football being played and at the end of qualification it was the clubs from Clydebank and Edinburgh who won the right to contest the showpiece final.

The two sides had little to learn from each other, having become fierce rivals on the many occasions on which they have competed recently, with Gaels chasing the dream of finally unseating Connollys as county champions. The North of Britain competition, therefore, was about much more than simply winning a coveted trophy—with a county final on October 5 meaning that a huge confidence boost ahead of that match, as well as the bragging rights, were also at stake.

On the day, Gaels started tentatively against a vastly weakened Dunedin side, with many of the Edinburgh men still on summer holidays. After a wasteful spell in front of the goals for the Gaels, and a successful penalty for the Edinburgh club, Connollys led 1-3 to 0-3 after 15 minutes. The Gaels settled into the game and following two points from Comiskey, and a sublime goal from Kellegher, the Gaels led 1-5 to 1-3 at half-time. Following a further flurry in the second half from Feerick and a goal from Fermanagh/South Tyrone player Greene, the Gaels finished the game successfully on a scoreline of 2-10 to 1-5.

Gaels (above) will know that come county final day they will face a strengthened Connollys —who are famed for their ability to do the necessary on the biggest stage—but with wins against their big rivals racking up and the joy of a North of Britain League title to spur them on, the excitement for the October tussle is already building.