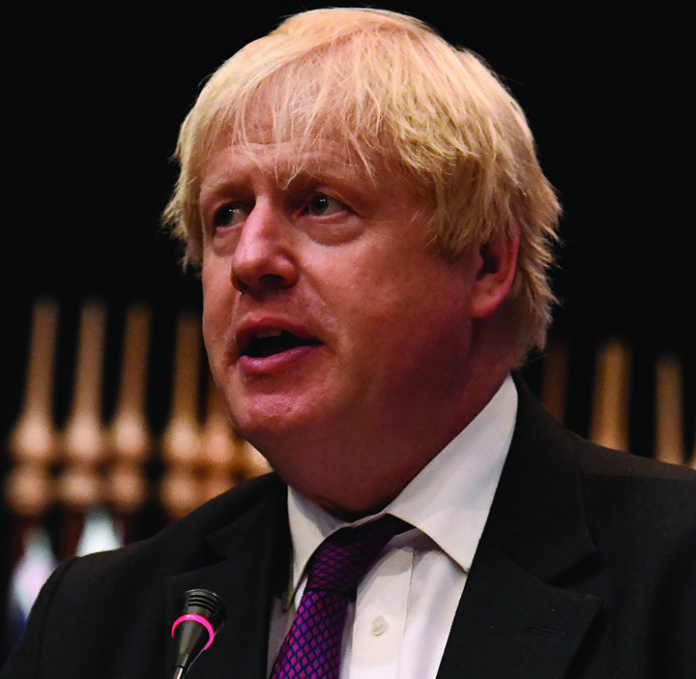 BREXIT is to blame for the increase in racist sentiment in the UK according to the United Nations. Professor Tendayi Achiume spoke of a Brexit-related growth in ‘explicit racial, ethnic and religious intolerance,’ views that have become part of mainstream politics.

Although the anti-immigration feeling expressed by the Leave vote was initially directed at other Europeans there has been a marked increase in anti-Irish sentiment since the ‘backstop’ became central to the Brexit withdrawal process.

The European Union and the UK Government agreed the ‘backstop’ that would protect the integrity of the 1998 Good Friday Agreement which brought peace to Ireland and to prevent a hard a border on the island. It quickly became contentious with hard Brexiteers arguing that it was a way to keep the UK subject to the rules of the EU. After fractious debates in Westminster the public’s attention has focussed on the ‘backstop’ with unintended, but serious, consequences for Ireland.

The public debates have seen hardening of attitudes with commentators using incendiary and provocative language such as The Sun headline telling the Irish Taoiseach to ‘Shut Your Gob and Grow Up.’

A cursory trawl through social media will find an undercurrent of anti-Irish and anti-European sentiment from hardline ‘no deal’ Brexit supporters.

Reading the public mood there appears to be a very poor understanding of the border, a lack of respect for the Good Friday Agreement and an ignorance of Irish-British history that sometimes makes me feel like I am back living in England in the late 1980s, when being verbally abused for being Irish was commonplace.

Boris and bigotry
Invigorated anti-Irish comment can be seen at all sections of UK society but it is especially virulent in the current campaign to dismiss the ‘backstop’. Worryingly, it has reached Downing Street. While Foreign Secretary, Boris Johnson (above right) speaking about the Taoiseach, Leo Varadkar, was quoted as saying: “Why isn’t he called Murphy like all the rest of them?”

Leo is in good company because Johnson also racially insulted several other European leaders including German Chancellor Angela Merkel, when he enquired if she had been an East Germany’s Stasi agent and described French president Emmanuel Macron as a ‘jumped-up Napoleon.’

Words are not neutral and Johnson’s ‘humour’ is no joke. Brexit is being driven by English nationalists who venerate the British Empire, who believe falsehoods about the EU and, crucially consider Ireland to be of lesser status than the UK.

This flawed view of empire is epitomised by Boris Johnson, who is an ardent supporter of Britain’s colonial past. He has referred to people in the Commonwealth as ‘cheering crowds of flag-waving piccaninnies.’ Piccaninnies is a racist term for African children. While a journalist and without any sense of irony, he wrote of ‘tribal warriors’ in Africa who ‘will all break out in watermelon smiles to see the big white chief.’

People like to laugh at Boris, the archetypical English eccentric with unmanageable hair, but his dewy eyed nostalgia for empire is ominous for those trying to maintain the peace process. Writing in The Spectator in 2000 he described his visit to Stormont: “You drive up past the enormous lawns, and the great bronze statue of Carson, the Unionist leader, waving defiance, and everywhere you look there are signs of the British imperium: the vast ghostly pediment fringed with marble palmettes, the ceilings painted eggshell blue, and terracotta and silver; the lion, the unicorn, and honi soit qui mai y pense; the red despatch boxes; the Speaker’s Chair, the dedications to those who died for king and country.

“But if you keep going down the marble corridor, and up about three flights of stairs, you will come to something rather odd. ‘Crinniu ar siul bain usaid as an doras eile,’ barks the notice on the door, in what one takes to be a Gaelic demand for privacy.”

Relations
Such sentiment does little to reassure Irish people that he will be at least neutral when dealing with the peace process. Indeed he has previously described the Good Friday Agreement as ‘morally bankrupt, but not wholly despicable.’ And he has described the crisis of the ‘backstop’ a monstrosity exclaiming ‘we are straining at the gnat of the Irish border problem.’

England’s response to the Great Hunger was largely to let Irish people starve; it was their own fault and they deserved it. Sir Charles Trevelyan wrote at the time that it was an ‘effective mechanism for reducing surplus population’ and that God ‘sent the calamity to teach the Irish a lesson. The real evil with which we have to contend is not the physical evil of the Famine, but the moral evil of the selfish, perverse and turbulent character of the [Irish] people.’

Such intemperate comments still hold the ability to hurt.

Rugby fans throughout Britain, and Celtic football fans will be familiar with The Fields of Athenry and its references to the casual cruelty and criminalisation of Irish people for being destitute: “For you stole Trevelyan’s corn, so the young might see the morn, now a prison ship lies waiting in the bay.”

It remains a deeply emotive subject for Irish people, and helps define our relationship with the UK to this day. So when Conservative MP and Minister Priti Patel suggested Britain should prevent food imports to Ireland in the event of a no-deal Brexit in order to pressurise Ireland to fall into line with the UK wishes she was only articulating a view that is widely held by the current UK  Government. They are indignant that Ireland could cause Great Britain problems. They still don’t see us as equals.

Britain being Ireland’s colonial masters is framing the context for the current UK attitudes to the ‘backstop.’ Boris Johnson’s Brexit Government has been lobbying European leaders to dismiss the ‘backstop.’ He has done so without even the courtesy of meeting with the Irish Government.

Many commentators forgive as whimsical, Johnson’s comments about Ireland and other countries, but I don’t. He is deliberately careless with his language about ethnicity. He is a British supremacist and specifically an English supremacist.

Brexit is an English phenomenon: 87 per cent of Leave votes were cast in England and 79 per cent of them identify as ‘English not British.’

Irony of Ironies
Ironically Brexit could end up breaking up the UK. Scotland’s campaign for independence is gaining momentum and is more likely to succeed this time and the prospect of a border referendum to reunify Ireland is also gaining traction.

The Good Friday Agreement provides for such a referendum. Many younger Unionists are uncomfortable with the strident form of Christianity espoused by the DUP and see the Republic as a more modern, pluralist, inclusive society.

Add to the mix the buoyancy of the Irish economy. Industrial output in the Republic is ten times greater than in the North and wages reflect this with the average wage being £10,000 higher south of the border.

So, perhaps as Brexit continues to fracture relationships on these islands an unintended consequence could be the reunification of Ireland.