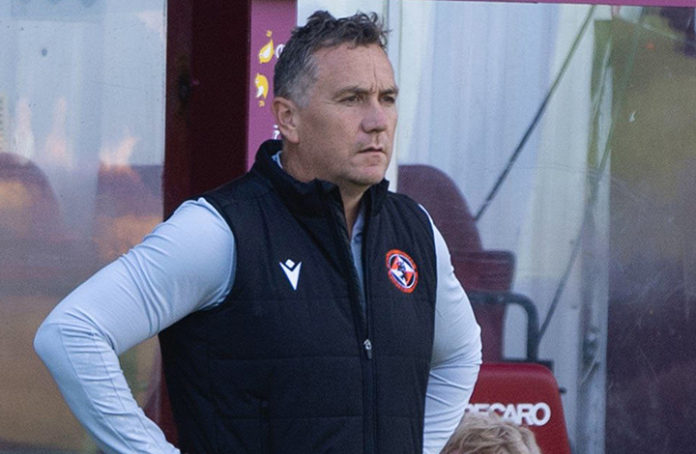 HAVING played every team now—and St Johnstone twice—it would appear Dundee United’s manager, Micky Mellon, has gone back to defensive basics after a scrappy injury-time goal saw Livingston leave Tannadice with all three points in the bag. Since that game though, Mellon’s side has not conceded in their last three outings and it would appear the ‘hard to beat’ strategy is being deployed with only one defeat in their last five. With a quarter of the season completed United now find themselves sitting in sixth position in the Scottish Premiership.

At the outset, few Arabs would have been displeased at this, but, as we know, football fans can be very hard to please. The lack of ‘silky soccer’ on display leaves the team and manager open to criticism and while draws with St Johnstone away at Aberdeen at home may not be disastrous by any means, the most alarming point is United failed to record a single shot on target at Perth at the weekend. It wasn’t much better against the Dons either with both games ending up in goalless draws. You would have to expect better with the firepower United has up top with Lawrence Shankland and recently recruited Marc McNulty—once of Hibs—from Reading. With Shankland’s stunner against St Mirren last month, it looked like the Scotland striker had found his shooting boots again, but, like the rest of the team, he has faltered of late. McNulty is just bedding in, so fans will be keeping an eye on him over the coming months.

It goes without saying that player of the season so far has been goalkeeper Benjamin Siegrist, who when called into action has been sensational. The big Swiss stopper has been in great form and the inevitable interest from down south has been a general topic of conversation on the social media platforms. In that department though, United are well covered with Deniz taking the gloves for a couple of games recently and showing he is a more than able deputy.

To bolster the squad United have managed to bring in Cameroon international Jeando Fuchs who arrived at Tannadice on a two-year deal from La Liga side Alaves earlier this month. The 23-year-old has represented his country twice, with his debut coming against Brazil in 2018. Prior to signing for Alavés last summer, Fuchs made more than 100 appearances for French side Sochaux. Fuchs was able to join up with his new teammates last week after completing his 14-day quarantine period as per Covid-19 regulations. United fans will be hoping he can bring that bit of attacking flair that the team seems to be missing at present and provide the front two with the service they desperately need to get themselves back on track.

United have been in Betfred Cup action too, where they have seen off Brechin (6-2) and Kelty Hearts (1-0) before embarrassingly going down 1-0 at home to third-tier side Peterhead, now managed by former United midfielder Jim McInally. Put that last game down to one of those nights or whatever, but it could just be the result that stops United from progressing to the knockout stages of the competition. In their last game in the section United travel to Perth again to face Saints in a winner takes all game.

Normal league service resumes this week with Ross County the visitors. United ran out 2-1 winners the last time the sides met in Dingwall and with St Mirren and Hamilton the opponents after that, they have a chance to get back to winning ways and start putting some more points on the board to help cement their premier league status.

So far, one solitary home win at Tannadice does not make for good reading. Maybe it’s the lack of fans who have always been the 12th man that is having an impact on that, who knows? One thing is for sure though, the natives are getting restless with the lack of flair and attacking prowess of late and something needs to change rapidly if Mellon is to win any popularity contests with the purists. 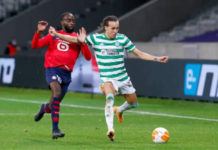 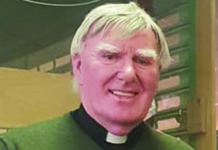 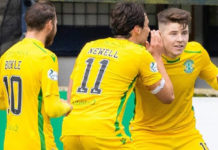