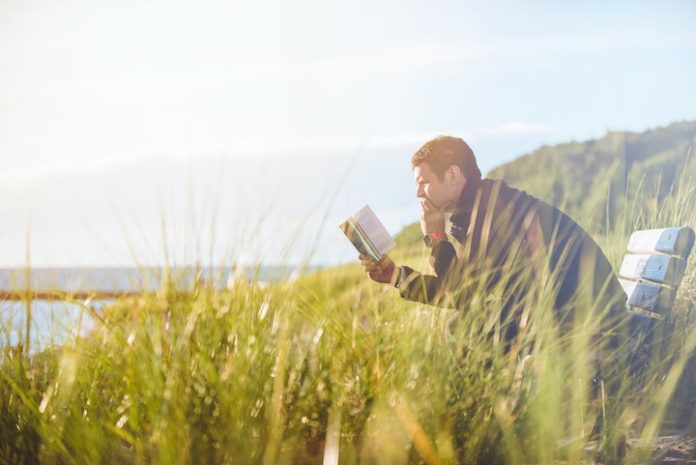 WHETHER you’ve received a voucher for a bookshop, have some Christmas money left over, or simply have had a number of books on your wishlist and are making it your New Year’s resolution to read a little more, we have a few suggestions here at The Irish Voice that might help you make up your mind.

First up is The Bard of Kilmactigue, a book that highlights the achievements of a little-known Irish-American poet, Henry L Gavigan (1872-1933), who was born in Kilmactigue in Sligo. The book is the outcome of a research project undertaken by a distant relative of the poet, Pat McCarrick.

When Henry L Gavigan died in New York in 1933, a work colleague described him in the following, glowing terms: “In all my years I have never known a finer character, a more forgiving man. No, coarse, vulgar or double-meaning word ever passed his unsullied lips. The General Post Office will never know his like again. We all loved him and to each of us his death is a personal loss. When the twilight of death closed about him it grieved the hearts of those who loved him and they mourned his passing as one near and dear to them.”

Born in Claddagh, near Aclare in Sligo in December 1872, Henry was the 10th of 11 children born to Patrick Gavaghan and Mary Henry. The family lived in a small cottage an survived on a farm of about 30 acres. Almost every member of the family subsequently emigrated to the US.

Despite humble beginnings, Henry seemed very much to enjoy his childhood and was able to take full advantage of time spent at school. There he was taught by the local schoolmaster, James McIntyre. Mr McInytre was his uncle by marriage and was a man that Henry very much admired.

Henry departed for the US in 1893 at the age of 21. He had possibly remained in school until that time because he undoubtedly had acquired a considerable education. When he arrived in New York he was greeted there by his older brothers. It seems that the eldest brother, Anthony had got himself into a bit of trouble and this was the main reason why his brothers and sisters subsequently changed the family name to Gavan.

While the family were all highly literate, Henry became the most noted penman among them. His works were printed regularly in newspapers and periodicals in the US and in Ireland. His poems were imbued with a great love of Ireland, his mother and his native Kilmactigue.

Henry was a regular on the social scene in New York throughout his life. He was a keen fiddle player and was referred to in one newspaper report of the time as ‘the writer and antiquarian, Henry L. Gavan.’ Henry L Gavigan; pilgrim, patriot, poet and proud son of Erin, died suddenly on the March 23, 1933 in a Manhattan hospital. He is buried is Calvary Cemetery in Queens.

Next up is a ground-breaking book that details the role of the Irish in the Spanish Civil War. The work of writer and
historian, Liam Cahill, it highlights the crucial role of volunteers from all over the island of Ireland in one of the most important battles of the Spanish Civil War, at Jarama, outside Madrid, in February 1937.

From Suir to Jarama looks at the Irish involvement on the Republican side in the Spanish Civil War through the life and fate of a young Irish volunteer. The writer and broadcaster, John MacKenna, described it as: “A wonderful, beautifully written and important book,” while the Mayor of Waterford City Municipality, Councillor Seamus Ryan, said “This is a story that needs to be told.”

The book tells the story of Mossie Quinlan, a member of a prominent political and business family in Waterford, who was an infantry soldier in the British Battalion of the 15th International Brigade and who fought and died at Jarama. A sniper shot him while he was rescuing a wounded comrade.

In total, 18 volunteers from throughout Ireland were killed at Jarama and they are buried in a communal grave in the nearby town of Morata de Tajuna.

A bonus for the Irish in Scotland is the fact that this wonderful, beautifully written and important book is available from Calton Books in Glasgow. It can be also ordered online from BuyTheBook.IE, a community of self-published Irish authors at: www.buythebook.ie/liamcahill

Another intriguing read is the publication Rathmines, by Séamas Ó Maitiú, a new historical atlas which explores the vibrant Dublin suburb through word, map and image. The emergence of Rathmines from village through township to suburb of Dublin is explained in a thoroughly researched text, illustrated with thematic maps, early views and photographs. A series of historic maps shows how the topography changed from medieval ráth to early modern castle, and from 19th century village to wealthy residential suburb, local government administrative centre and 20th-century flatland. A gazetteer of more than 1000 sites and accompanying essay gives the detailed topographical history of Rathmines from earliest times up to c1970.

Through the atlas, we discover that over the centuries Rathmines has shifted north, its ancient core, centred on the original Rathmines Castle—present-day Palmerston Park. Farms gave way to country villas, before the Grand Canal, Portobello Barracks, fine terraces and grand squares from the 19th century left their lasting imprint. We are shown how well-known aspects of Rathmines topography, such as Rathmines Road and the Town Hall, have transformed and endured through time. While other once distinctive features —the Swan River, the world-famous Grubb’s astronomical works and two large skating rinks—have disappeared.

Rathmines by Séamas Ó Máitiú is the second in a series of atlases devoted to Dublin suburbs being produced by the Irish Historic Towns Atlas project in the Royal Irish Academy, in association with Dublin City Council. Clontarf by Colm Lennon was published in 2017.

Maybe 2021 spurred you, or others you may know, on to learning Irish? If that’s the case, then Éabhlóid—a boutique Irish language publishing company based in Gaoth Dobhair in the heart of the Donegal Gaeltacht—has a great choice for Irish language readers of all levels; from cúpla focail to native speakers.

Éabhlóid’s mission is to publish work to the highest standards to be enjoyed by people who love the Irish Language. Since their first publication, Ící Pící, they have shipped books to readers all over the world. Their hope is that in working with Irish language writers, artists, graphic designers, editors and so on, that they will find new audiences for this work, and provide a creative outlet and stimulant for artists who wish to work in their own native tongue. Their commitment to excellence is evident in the polished end results, with their titles having won numerous awards and accolades.

So, what can they offer? Well, for children, Báidín Fheidhlimidh (Báidín Fheilimí) is a very popular and beautifully illustrated book of well-known children’s songs and poems. The book is accompanied by a CD of recordings of Donegal Gaeltacht schoolchildren singing under the direction of acclaimed traditional musician Doimnic MacGiolla Bhríde.

Ní Thuigimse Daoine Fásta (I Don’t Understand Grown Ups) and Ící Pící (a children’s name for nettles) are books of newly composed songs and rhymes for children with an accompanying CD. Written by Nellie NicGiolla Bhríde, a schoolteacher, who spent her career coaching young children to huge success in Feiseanna and drama competitions throughout the country. She knew exactly how to make children laugh and to spark their imagination with the playful characters she created. The books are beautifully illustrated by Dara McGee and the children featured on the CD are accompanied by Nellie’s son, Doimnic MacGiolla Bhríde, the well-known sean nós singer and musician.

Another popular title to consider is An Prionsa Beag (The Little Prince). Literary translations are a delicate balance; they must capture the voice of the original author and carry that through faithfully into a new language. This translation is remarkable in that the distinct and mysterious layers of Antoine de Saint-Exupéry’s storytelling can be heard clearly in the idioms and cadence of the Irish translation.

For younger children the folk tale Mór agus Muilc is stunningly illustrated and brought to life by Donegal artist Kim Sharkey. Winner of the KPMG Children’s Books Ireland, Eilís Dillon Award, this hardback follows the hapless Mór agus Muilc and the friends they meet on their journey through well-known scenes of Donegal.

Tomhas Orm, Tomhas Ort! is a selection of riddles, most of which are from the Schools Collection of the Irish Folklore Commission. The riddles are presented here with lively illustrations of druids as they journey from scholar to master riddler. Not only is it great fun to challenge your family and friends with these bitesize puzzles, but they are brimming in linguistic, cultural and historical significance.

For adult readers Éabhlóid has numerous collections of short stories such as: Cnámh by Donegal writer Eoghan MacGiolla Bhríde, Inní by Réaltán Ní Leannáin, Seán Ó Muireagáin’s Gáire in Éag, and Máire Dinny Wren’s Go Dtí an Lá Bán. Each writer brings their own unique flavour to the short story genre, but each of them create complex credible characters navigating through life, either rural or urban, that hold a mirror to ourselves.

Readers interested in folklore and the oral tradition of storytelling will enjoy Scéalta Draíochta Mhicí Sheáin Néill (The Magical Stories of Mhicí Sheáin Néill). Mhicí Sheáin Néill was a seanchaí from the Donegal Gaeltacht of Rann na Feirste. Folklore students and collectors came from all over the world to hear his stories. Some of those stories are recorded here faithfully, word-for-word, as he had recited them.

Éabhlóid has poetry titles in its catalogue too. Tairseach is a collection of poems by the prolific writer Dairena Ní Chinnéide and Tine Ghealáin are those written by Máire Dinny Wren, the well-known Donegal Gaeltacht poet and writer. Both pocket-sized hardback publications are beautifully produced with the illustrations of Kim Sharkey interwoven throughout.