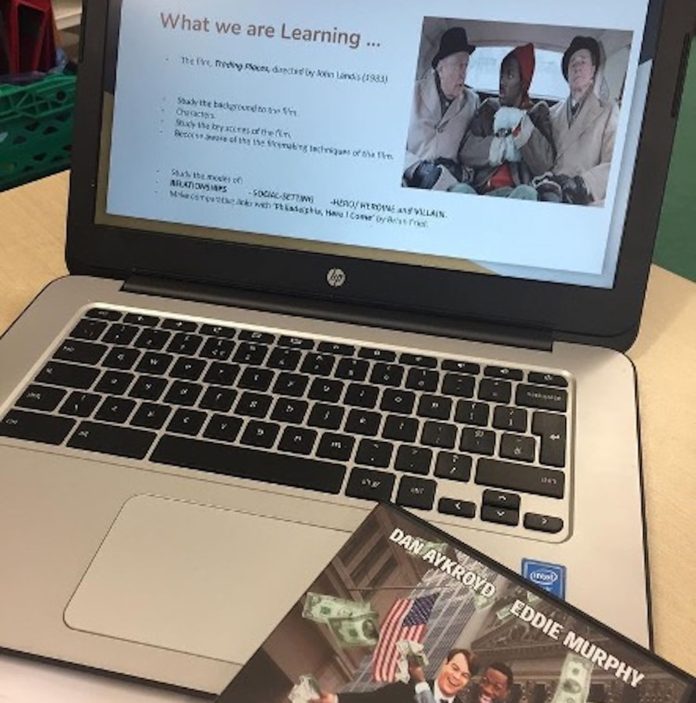 AS WE begin a new year, this often, inevitably, leads to a period of reflecting back over the previous 12 months. A common theme that emerged was that it was certainly a year of firsts.

Back in January, the year got underway with a slight degree of pessimism. The chance to pop out for a nice meal, to meet friends for a cheeky pint and booking a holiday for later in the year were all off-limits.

From a teaching perspective, I had to acquaint myself with teaching online for the first time once the new term started. Granted, it was rather nice to conduct the odd lesson in tracksuit bottoms and a hoodie for a change, but it certainly wasn’t what they’d prepared us for during the teacher-training years, back in the day.

Having said that, there were a number of positives that came from the remote learning experience. With pupils becoming more accustomed to submitting their work electronically, I was able to keep it more efficiently organised and they were much more likely to read my typed feedback as opposed to when I’d scribble it by hand into their copybooks.

Through discussions with groups of kids, albeit through a screen, I came to realise that they generally preferred the method I used for sending lessons out to them.

This would involve me pre-recording a given lesson, usually the night before, through a screencast software. I’d talk them through a PowerPoint presentation and direct them to where they could access the digital files to find the follow-on task.

Many pupils said they much preferred this approach because a lot of them had family commitments to fill during the school closures; looking after siblings or helping around the house and so on.

Screencasts were recorded so they delved into them whenever suited them best and they had added bonuses like the way they could pause or rewind it, just in case they missed something. For them, it topped doing a live lesson on a screen, any day of the week, even though it can’t be overlooked that these are human beings you’re dealing with and, of course, they still missed seeing their friends in person.

Later on in the year, as most of us were officially vaccinated, it was probably the first time there was such widespread discussion about sore arms and feeling woozy after a jag. Regardless of that, these were more often than not positive topics of conversation, owing to the fact that we thought the end of the pandemic was in sight.

Travel did return, even if it did come with a degree of red tape around it. I only made it to three places of any real note this year—Belfast, Liverpool and Berlin—but after months in lockdown, I was more than happy to get anywhere, I can tell you. Among these three famous cities, one couldn’t help but notice the difference in attitudes each of them had towards Covid-19 related restrictions.

Belfast—where I met up with my old college buddies for a wee reunion in July—allowed us into a city centre bar, but only for a set time. Not to worry though as cans, a takeaway and watching a match in mate’s apartment was more of a call back to how we spent our evenings back at university anyway.

To be honest, Liverpool in August would’ve fooled anyone into thinking that restrictions had never existed, while Berlin residents were still very mindful of goings-on by how they kept their distance and wore masks in any indoor setting.

We saw major international sporting events such as the Euros and the Olympics being contested behind closed doors or with very sparse crowds which again was something of a first.

Looking ahead to 2022, maybe things will go back to ‘normal.’ On the other hand, maybe some aspects of pandemic life are here to stay and who knows what kind of firsts we’ll see going into the new year.