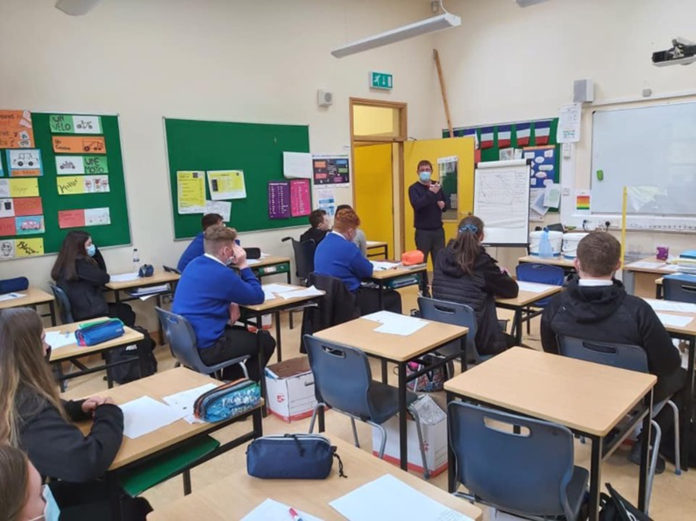 AS A secondary school teacher of more than 11 years, you get to know a few things, but, in particular, what engages and motivates kids, both inside and outside the classroom.

Teenagers often get a bad rap in the media, but I will always stand up for them. They may not be my kids per se, but once you become a teacher in their school, you take on a surrogate ‘Duty of Care’ role. In essence, it’s how the fabric of a school community gets woven together.

Teaching can be a stressful job, but the bulk of that pressure comes from society’s perception that we have it handy with longer holidays. That we finish up early every afternoon—that’s certainly not true—and that we get presents piled up on our desks at the Christmas holidays.

In an odd way, perhaps the advent of homeschool learning during the height of the pandemic helped counter those views. Parents and guardians began to see for themselves that explaining a concept or a task is not as easy as it might look and that, thankfully, educational approaches have changed dramatically in recent years.

Kids nowadays have wonderful access to the newest technologies, hands-on practical materials and a variety of ways to express themselves creatively. Of course, the traditional forms are still there. Things like painting and writing, but it’s just brilliant to see them prepare podcasts and video content as part of their coursework now. The kind of stuff that I know I’d have loved to do when I was their age.

For years, Ireland lagged behind other countries in the way our system operated. We bragged that ‘our exams are so hard that we’ve the best system in the world,’ but that was a myth. Having taught in, visited and read up on educational systems in Scotland, Japan, Germany and Finland, we were very far behind.

The Junior and Leaving Cert courses were top-full and heavy with textbooks tediously asking questions over and over again. Memorisation of essays was the only key to success and, quite often, any sense of enjoyment was lost. It’s a fact that we learn better when we are having fun along the way.

While some flourished under this method, it’s likely that many more did not. The national and local media outlets have to accept some responsibility. In no other country that I’ve visited does the final year exam in sixth year gather the same press attention and frenzy as the Leaving Cert. It’s an unnecessary pressure.

Huge adulation and respect will go to the kids who earned more than 600 points—and rightly so—but it’s funny how the kids who got their access courses or apprenticeships never seemed to get their picture in the paper in those days. The very same folk we regularly rely on to cut our hair or fix our cars now.

Education is always supposed to be a journey, not a race to the summit. Over the last decade or so, the change to this more positive-mindset approach in schools has been wonderful to see. With wider use of technologies to engage them and by allowing them to take ownership of their own learning, times really have changed. It’s just a shame that these improved methodologies that we see nowadays weren’t brought in—in some shape or form—much sooner.

Tagging kids with A-to-F grades and educators solely relying on a single textbook alone should’ve been gone longer than it is. It should’ve always been about group work, collaboration, visuals, paired activities and fun—not training them to look like lonely assembly-line workers in an old shabby factory—and long may that continue.

To analogise, a football team works best when everyone plays to their strengths. The goalies and central defenders are usually the tallest, the nippy wingers are often the quickest and the strikers are the greediest, but in a good way. Yet, when they gel, they become one team but they also get a chance to embrace their own individuality as well.
In order to teach well, you don’t need to be an expert. Kids don’t really expect you to know everything, but show them that you too are still a learner, admit to mistakes and they’ll trust you. Any progress is still progress and that progress should be noted and celebrated.

Remind them that you need them as much as they need you. Instead of repeatedly wrecking your voice throughout each lesson of the day, set up differentiated and inclusive tasks that pave the way for them to take responsibility for their own learning in what works best for them.

Then just motivate, advise, assess and move on. And if they don’t grasp it straight away, don’t worry, there’s no rush. And don’t be afraid to smile, to let them see that you are too a life-long learner.