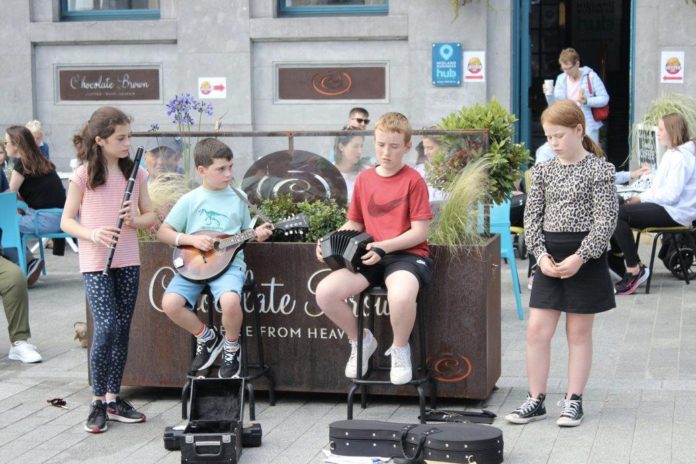 HUNDREDS of thousands of music lovers are set to descend on the modest town of Mullingar in County Westmeath this month for the biggest celebration of Irish culture in the world. Amongst them will be hundreds of Scottish-based musicians, singers and dancers hoping to become All-Ireland Champions at Fleadh Cheoil na hÉireann.

The Fleadh is an event of epic proportions. The previous two events in 2018 and 2019 drew audiences each year in excess of half a million, with the official attendance count in 2019 reaching 750,000 across the nine days of events. Sadly due to Covid-19, the Fleadh has had a two-year break, the first time since 1951 that a year has gone without the event. In 1971, the Fleadh was scheduled for Dublin but was postponed due to the conflict in Ireland, but was held in June of 1972 before that years’ Fleadh also took place in August in Listowel.

With the usual Fleadh-goers deprived of their opportunity for the previous two years, we can expect an even bigger turnout than usual with people flocking to the town to get their fill of Irish culture and take in the amazing atmosphere the event is revered for.

As I said, amongst the attendees will be hundreds of Scottish musicians, singers, dancers and storytellers, both young and old, who have qualified to take part in the competitions from the recently held All-Britain Fleadh in London. Representation will be there from all four branches in the country—Irish Minstrels CCÉ, Johnny Doherty CCÉ, St James the Great CCÉ and St Patrick’s CCÉ—and, as always, there is a good chance that medals will be making their way back across the Irish Sea, such are the excellent standards shown by our own ceoltóirí!

Although the competitions are a big draw for the event and would be the basis for hosting the Fleadh each year, in recent times it’s grown to be a much bigger event with a whole host of fringe events to cater for all audiences. Each day, throughout the week leading up to the final weekend, Comhaltas have their annual Scoil Eigsé summer school where primarily younger musicians are given an intense week of tuition in their field of excellence from a group of tutors who are renowned for their excellence. There are a range of concerts across a number of venues with artists such as Sharon Shannon, Seamus Begley and Glasgow’s own Ìmar taking to the stages. The Fleadh also hosts lectures, walking tours, ceilis and album launches, to name a few and I’ll even be there spinning some tunes on a few evenings at two trad discos till the wee hours.

Comhaltas in Britain are hosting the International Comhaltas archival exhibition in the town, which brings together musical stories from around the world—showcasing the stories of emigration and a determinisation to uphold their strong links to Ireland through culture in new lands.

No Fleadh is complete without a Gig-Rig—large mobile stage setup in the town to provide live entertainment to the temporarily pedestrianised streets of the town and Mullingar is no exception this year with a whole host of acts scheduled to perform on two such stages.

For the first time ever though, the event can be enjoyed to a large extent without even having to travel to Ireland. The Irish language broadcaster TG4 has come to an agreement with Comhaltas to screen a number of programmes live on television across the final weekend of the Fleadh as well as streaming a whole host of competitions live online via their TG4 player service, which is available worldwide free of charge.

Amongst the competitions scheduled to be streamed is the ‘Big One’—the Senior Ceili Band competition which
traditionally closes the Fleadh as event. As has been in previous years, Scotland will be represented in this year’s competition by St Roch’s Ceili Band from Irish Minstrels CCÉ hoping to build on previous successes and bring home All-Ireland glory to Glasgow.

It’s hard to argue that there has never been a more eagerly anticipated Fleadh ever before given the last few years we have had and whilst amazingly inventive strides were made in order to continue the cultural lineage using
technology to communicate online, when it comes to Irish culture—sometimes just being in the same place with good people, good music and good fun is what it is all about. This is the living definition of craic.

The full schedule of fleadh events can be found at www.fleadhcheoil.ie. Events will be streamed on www.tg4.ie