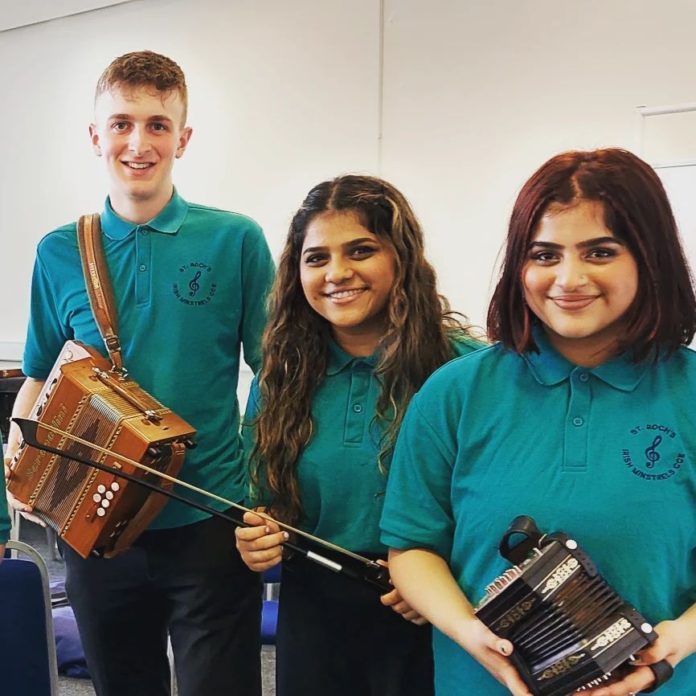 FLEADH season is here, as young musicians, singers and dancers take their first steps towards competing in fleadhanna in more than two and a half years.

In traditional music, one of the best ways of improving the standard of young musicians is through competitions known as ‘the fleadh.’ A pyramid structure of competitions take place all over the world starting at regional or ‘county’ level in Ireland, before progressing on to ‘Provincial’ or ‘All-Britain’ level here, and then on to the World Championship level ‘The All-Ireland Fleadh,’ which takes place every August. Every August that is, with exception of the past two years due to Covid-19.

Traditionally speaking the Scottish Fleadh—which is the first round for Scottish based musicians, singers and dancers —takes place each year on the last Sunday of April. Plans for the Fleadh were in their final stages back in 2020 when the world as we knew it ground to a halt and whilst there was a hugely successful online competition programme operated in 2021 called the OCC’s, a return to the Fleadh as a we know it is very much a welcome one.
Whilst for some, competitions may well be about trying to win and be placed in the top three, but competition is a great avenue for getting feedback from adjudicators, it’s a great way to focus attention in to improving and it’s also a great motivator encouraging practice.

From Comhaltas’ own competition rule book, the opening paragraph really does set the tone: “It is not intended that competitions should be merely a means by which a competitor may gain a prize or defeat a rival, but rather a medium in which ‘these competitors may pace each other on the road to excellence.”

This years’ Scottish Fleadh will take place in Woodfarm High School to the south of Glasgow and entries have already been submitted from across Scotland. For those who are lucky enough to be placed in the top three placings, the opportunity may be there to compete at the next round ‘The All-Britain Fleadh’ which takes place over the last weekend in June in Brunel University, London.

Those who emerge victorious from London will have the chance to go on to the All-Ireland Fleadh, which takes place this year over the first week in August in the West Meath town of Mullingar, which is incidentally credited with being the birthplace of Comhaltas way back in 1951.

The Comhaltas branches in Scotland have been getting used to being back to weekly classes and organising other events, and it has been a real pleasure to witness particularly the younger musicians who were deprived of the opportunity to play music with their friends for so long, once again enjoying some ‘ceol agus craic.’

It’s also been incredible to see how much has been achieved in teaching over the internet, and this can’t be truer than for the 2020-21 beginners whistle pupils. They started their musical journeys exclusively online, whilst taking part in classes with classmates they could see on screen every week, it’s only been in the last few months that they’ve been able to meet in person—despite this, they are already well on the road to becoming great traditional musicians and carrying the torch for traditional Irish music in Scotland.

Having already had a successful dry-run as part of the Glasgow Feis in February, attention is firmly focused on the Fleadh at the end of April and preparation is well underway for the first Fleadh since 2019!