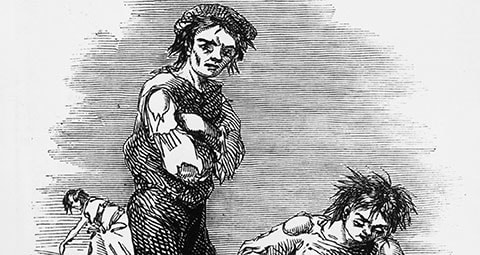 IT HAS been more than two years since the first open meeting of the Irish community in Glasgow was called to discuss building a memorial to An Gorta Mór (The Great Hunger). This announcement of our chosen site is an enormous step forward and we are extremely pleased and excited to have reached this stage. However, we know that there will be many who will be wondering what has been happening over the last two years and we thank The Irish Voice for giving us the opportunity to outline the story so far.

The horror of the Great Hunger of the mid-19th Century in Ireland had the side effect of leading to a massive growth of the Irish community in Glasgow. It is, quite simply, the reason why many of us were born in Scotland rather than Ireland, from where our ancestors made their way across the Irish sea to escape poverty, oppression and finally starvation.

The fact that Glasgow, unlike 140 cities across the world, which also received an influx of Irish immigrants, has no monument to this horror, is testament to the continued limits to the acceptance offered to our community over 170 years later.

The response to the initial open meeting was evidence of the genuine depth of feeling in our community that this event should be marked by a dedicated and fitting memorial. Glasgow is littered with markers of the achievements and contributions of the Irish over the years in terms of the built environment, the arts, culture, education and political engagement. However, there is nothing which stands as a reminder of the unprecedented horror of the Great Hunger or the fact that if a genuine relief effort had been made by those with the power and wealth to do so, many of us would have been citizens of another country, the country of our ancestors. Yet, we are here, and most of us will remain here. Now a memorial is more than overdue which will mark the tragedy of those who were starved to death and those who were forced to come here to a life of poverty and squalor in the hope of a better life for their children and their children’s children and ultimately, us.

The reception we received for this idea was no less than we expected and, over that time, more people have come forward to join our committee and make their contribution. The Irish Voice has been a good friend from the outset by carrying our initial announcement and contributing in other ways to the committee.

A key decision to be made was the site of the memorial. We were clear that the best site would be one which had both historical significance, in that is was associated with some part of the journey of the Irish into the city, and was prominent in both character and in terms of footfall. From the very first meeting, Fr Tom White, the parish priest of St Mary’s, Calton—the Pro-Cathedral of the Archdiocese of Glasgow—offered us a large space in the grounds and for that we will be forever grateful. The A-listed building is a wonderful site, rich in historical significance, but, given the importance of this project and the need to ensure that we brought everyone along with us, we felt it important to explore sites on the Clydeside to mark the entry point of our people when they arrived here. Many of the memorial sites in Ireland are on riversides or facing out to sea and many on the committee felt we should echo that by having our memorial on the Clyde facing into the city.

Having raised an initial sum of several thousand pounds we began initial discussions with officers of Glasgow City Council in May 2016. Discussions were positive and there seemed to be a willingness to work with us to find a suitable site. After the first meeting, the officer involved undertook to go away and look at the sites we had identified as well as looking at other sites which might meet our needs.

However, the communication with him seemed to come to a halt shortly thereafter and he became difficult to contact. Eventually, he informed us that no decision would be made on any site until the council had decided the site for another project in which they planned to jointly commemorate the impact of the potato blight on the Highlands as well as the human engineered and condoned famine in Ireland.

It seemed to us that Glasgow City Council added on the Highland element because they knew, or believed, that there were forces in Glasgow even today who would not accept a memorial which involved the Irish alone. The scale and extent of what happened to our people (above)—one million dead and one million forced to emigrate out of a population of eight million made the notion of a ‘Highland and Irish famine memorial’ completely unacceptable to us and offensive in its very concept.

There was then a long hiatus while we waited for the Council to revert to us to discuss sites. We started to produce t-shirts, polo shirts, hoodies and badges with the slogan ‘Glasgow Remembers’ and our website—designed for free as a contribution from a supporter—from which we could sell our fundraising merchandise.

We made contact with Professor Alistair Payne at the Glasgow School of Art, with whom we had a very productive meeting to discuss what assistance he and his colleagues could provide in launching our design competition. We planned to open the contest to any artist or sculptor and offer a cash prize for the winning design.

Professor Payne was very interested in the project and indicated that he had a number of colleagues who would also wish to be involved. However, he made it clear that we could not proceed with the design competition until we had secured the site since the artists and sculptors would need to know the dimensions and other aspects of the site in order to conceptualise and design an appropriate monument.

Having already raised enough to fund the design competition, the fund-raising effort began to tail off to some extent, largely because we were unable to give people very basic information about the site, the design or the expected date on which it would be erected.

In February of 2017, we heard that a site for the GCC project had been chosen so we made direct contact with the council officer we had previously spoken to. His rather unhelpful response drove us to contact the then Council Leader, Councillor Frank McAveety, who facilitated a meeting with two council officers whom me met in early May. We explored several options with them, including an ultimately unsuccessful separate application to Network Rail for use of some land they own in Trongate.

The problem now appeared to be that while the Clydeside was not being used by GCC for their monument, it was now part of the City Deal project, which would involve significant re-development of the area adjacent to Clyde Street as well as the shoring up of the river banks. The site that we were most interested in was the paved area directly facing the doors of St Andrew’s Cathedral on the river side of the street and our interest in this was supported by the Archdiocese of Glasgow.

Over the period of late May to mid-July we engaged in correspondence with the new leader of the Council, Councillor Susan Aitken. However, our efforts failed to elicit a response to our request one way or the other and so we then wrote to the Chief Executive of GCC. Finally, on August 14, a senior officer of the council wrote to us and made it clear that we would not be granted use of that site because the ‘land in question was being marketed as a single site’. We have our doubts that any development will take place facing the cathedral but we had reached the end of the line and had to take a positive decision to move forward.

With today’s announcement, we can leave the frustrations of the last two years behind and move forward with renewed energy and with enormous gratitude to the Parish of St Mary’s, Calton, who have made the grounds of their beautiful and historic Church available to us.

Our forefathers and mothers arrived here and were assisted by their own community—including the parishioners and priests of St Mary’s—and other good people of the time; the completion of our memorial will be achieved in the same way. It will be built and it will be erected, first and foremost, by the multi-generational Irish community in Glasgow but the assistance of anyone, from whatever background, who wants to help us will be very welcome.

We thank everyone who has contributed so far—both here and in Ireland—and we look forward to a host of fundraising and educational events, which will culminate in achieving our goal; a permanent and dedicated memorial to An Gorta Mór in Glasgow which will be sign to all the generations to come that ‘Glasgow Remembers.’

To keep up to date with the latest developments on the Great Hunger memorial or to buy merchandise visit: http://www.angortamorglasgow.com 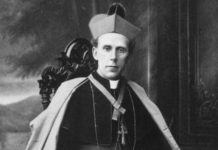