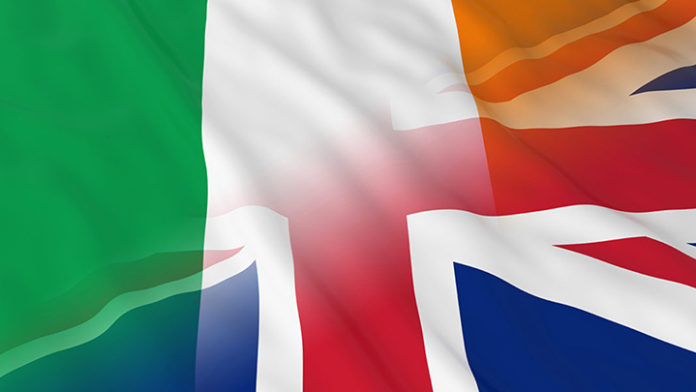 TIOCFAIDH ár lá. Our day will come. It is an expression that every Irish person knows. Now it looks like Sinn Féin’s catchy political slogan might be closer than many of us thought.

What would Scottish independence mean for Ireland?
The SNP have just won another election and cite this as a mandate for a second independence referendum. They are widening their base and, for the first time are appealing to Catholics and people with Irish heritage.

Historically there has been little connection between Scottish and Irish Nationalists. Scottish Nationalism was generally seen as Protestant in ethos with little appeal for Irish Catholics. The Celtic Tiger era shifted this focus, and Ireland was included in the SNP’s ‘arc of prosperity’ of small successful European states.

Scotland leaving the UK would greatly unbalance it. London would become even more dominant with Wales and Northern Ireland losing power and influence. It will be felt in Ireland too, particularly in Unionist communities.

Irish Unionism has two emotional points of reference. One is to the Royal Family, the other is with shared family, cultural and religious connections particularly in the west of Scotland. Both will be diluted by Scottish independence. The union will be less attractive without Scotland.

Ulster’s Protestant working class community is already feeling marginalised, believing that the peace process has cost them economically, politically and culturally. The secession of Scotland will leave them feeling more isolated.

Polls consistently show that Scotland favours independence, but the shift against the union is a relatively recent phenomenon. Compare this with the struggle for Irish home rule between 1885 and 1918. Many of the arguments used against Irish home rule are now used against Scottish Nationalists.

‘The Scottish Question’ has replaced ‘the Irish Question’ as the greatest existential threat to the United Kingdom and will dominate the political agenda for the next decade.

The future of Unionism and Loyalism
Across the water, the DUP is experiencing fundamental change. They can see the future, but cannot face it. For the first time in history, a minority of MPs elected to Westminster from Northern Ireland are unionist. Edmond Poots, the new leader of the DUP will decide the future of Unionism. His victory means that the largest Unionist party has, as its leader, a man who believes the planet is only 6000 years old. His appeal lies with hard-line conservatives but is out of step with the majority of the electorate. If he pursues a hard-line, conservative agenda, he risks alienating voters and may hasten his party’s decline.

However, he is a political pragmatist and showed a willingness to make the Brexit protocol work. But Boris’ Brexit deal has burst asunder any lingering faith the party had with Westminster. The protocol means that Northern Ireland will remain attached to the rest of Ireland and the EU in terms of regulatory standards and customs. Northern Ireland has become less British.

Unionist and Loyalists sense of betrayal is understandable given that Boris Johnson’s Brexit effectively places a border in the Irish Sea—something he previously promised wouldn’t happen. A ‘soft’ border has the support of the majority in Northern Ireland even if it results in a further weakening of the union between Britain and Northern Ireland.

Regardless of how loud they bang their drums and threaten a return to violence, there is little Unionists and Loyalists can do. There has not been a successful grassroots campaign by Unionists or Loyalists since they brought down the Sunningdale power-sharing arrangement in 1974. They achieved this through mass intimidation, which combined a successful workers’ strike with bombings in Dublin and Monaghan that killed 33 civilians and injured almost 300.

Since then, typical Unionist and Loyalist protests such as opposing the rerouting of Protestant parades and the removal of Union Jack flags from public buildings have failed. Even when unionists and loyalists are at the heart of government, they still end up losing.

If Brexit has left Northern Ireland economically tied to Ireland and the EU, and its political ties with Britain undermined, does this bring us closer to a united Ireland?

Irish unity is not inevitable, but a successful all-island set of agreements post-Brexit will soften opponents’ resistance. Nationalists can afford to play the long game. Under the Good Friday Agreement if a border poll is lost, another can be called seven years later. Unionists and Loyalists on the other hand face an uphill struggle. They need to devise a strategy a bit more sophisticated than ‘Ulster Says No’ to take account of the demographic shifts and to reflect the reality of a weakened union. It looks like a losing game.

Growing support for Nationalism?
Before the pandemic hit, Ireland was dominated by a mood for change. Sinn Fein’s success in the 2016 Dáil election is sustained. The party now represents the preferred choice of about 30 per cent of voters in the Republic. Sinn Féin is the most popular party for the under-30s. They offer change and a protest vote against the establishment for those who feel they don’t have a stake in society.

The big issues continue to be housing, transport, childcare, and a post-Covid-19 recovery. Sinn Féin promises a popular programme of taxing rich multinationals to fund an expansive public service.

Looking ahead it is hard to see past a Sinn Féin-Fianna Fáil coalition after the next general election. Unless fortunes change and allegiances shift dramatically, it will be a Sinn Féin dominated government.

What about the IRA? In the past, the connection between the IRA and Sinn Féin influenced voting but most of their current support only reached adulthood once the guns fell silent and the carnage of the conflict began to fade. Now one in four voters are prepared to give Sinn Féin a chance.

Support for reunification in Ireland is high, but it is an emotional vote. Incomes are higher in the Republic than in the North, but because of higher prices and poorer public services, the standard of living is lower. Would people in the North vote to swap the NHS for the Republic’s dysfunctional health system? After the economic crash and now, the pandemic crisis Ireland cannot make up the multibillion-pound annual subsidy from London that currently sustains Northern Ireland’s economy.

Catholics are now Northern Ireland’s largest religious group but it can’t it be taken for granted that enough of them would vote for unity. Northern Ireland has just celebrated its 100th anniversary and is showing signs of a distinct identity. Nearly a quarter of long-term romantic relationships in Northern Ireland are between people from different religious communities, and a third of schoolchildren come from nonreligious families.

Despite this, in 2019 a survey found that a majority in Northern Ireland was in favour of reunifying, albeit only by a margin of 51–49 and without any political campaigning. This has prompted government officials, cross border think tanks and Unionist influencers to consider such a possibility.

A united Ireland is some way off, but the general trend favours Nationalists.

The rocky road to Dublin
Maintaining the peace is the single greatest achievement in our time, but the obstacles placed in its way such as the proposed amnesty for the British Army angers communities and opens doors for those who would like to return to armed struggle.

However, the British Government has retreated from its plans to block the prosecution of former soldiers for conflict-related crimes. Sinn Féin, the SDLP, the Alliance Party, Labour and the Irish Government fiercely condemned the proposals and Jeffrey Donaldson, the DUP’s leader at Westminster joined in with the denunciations. The effective amnesty would protect as many as 200 British soldiers and security personnel who are potentially facing investigation for conflict-related crimes.

This summer’s marching season is likely to be even more tense than usual. The extremists have a new focus for their ire—Brexit. Ironic isn’t it?