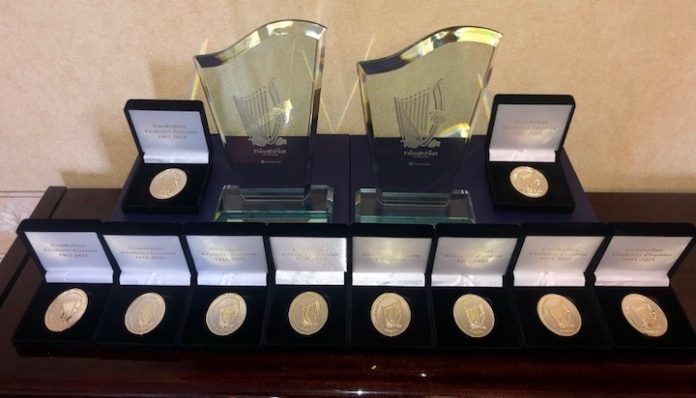 SCOTTISH-based musicians and singers rose above the competition to represent the country at FleadhFest in Sligo, bringing home a haul of medals and trophies in the process.

August is traditionally the month that hosts the All-Ireland Fleadh, a worldwide competition that is the culmination of various rounds of heats and starts off with tens of thousands of competitors each year.

The Fleadh was scheduled to take place in Mullingar for both 2020 and 2021 however, due to the pandemic, these failed to materialise—despite hope remaining of a Fleadh in Mullingar in 2022.

Rather than let this year go without a landmark ‘Fleadh’ style event—particularly in the 70th anniversary year of the organisation—Comhaltas came up with the concept of FleadhFest: a renaissance in a new dawn.

Hosting an online competition with hundreds of thousands of entries would have been impossible for the volunteer-led organisation, so the decision was taken to base finals on the musicians who had qualified to the last fleadh in 2019 in Drogheda. All qualifiers were invited to submit a video entry and in each instrument category and age group, three competitors were chosen to compete in the live final in the town of Sligo during the first weekend of August.

With the Fleadh, and by extension FleadhFest, being a worldwide event, allowances were made for overseas qualifiers—48 across all competitions—to record video entries to be displayed for adjudicators, in order to limit travel and potential further spread of Covid-19.

Of the 48 overseas competitors who are drawn from Britain, USA, Canada and Japan amongst other countries, a staggering 13 qualifying entries came from Scotland, proving once again that the musicians, singers, lilters and storytellers in Scotland consistently punch well above their weight.

Another aspect of the FleadhFest event is to showcase local stories from branches and groups to be shared and enjoyed across the world. One of the Scottish qualfiers, Calum McGregor, was tasked with collating and producing the FleadhFest video from Scotland and it makes for great viewing, telling the story of the past whilst looking forward to new adventures. The Scottish FleadhFest video can be viewed here: https://youtu.be/xuSEQs-pnaA

Whilst we all long for a full return to ‘normal’ where events like the Fleadh can take place in all their glory, FleadhFest proved to be an excellent substitute, showing the ingenuity and resilience of the organisation in marking their 70th birthday in such a profound way.

Due to the format of the competitions, by qualifying, everyone is announced a winner and is at least in the top three in their category and age group. For the two runners-up, they each received a specially cast medal for the event, and the overall winners received a glass plaque trophy in the shape of a harp (above).

Young Myles Macaulay from Glasgow was the eventual winner taking home the glass trophy in the Piano competition as well as picking up runner up medals in the Piano Accordion and Accompaniment competitions.

Not to be outdone by her older brother, Myles’ sister, April Macaulay, scooped the first place trophy in the fiddle competition.

Calum Mcgregor—producer of the FleadhFest video—was runner-up in both Piano and Accompaniment, and Orla Bruce picked up a runners-up medal in the Piano Accordion competition.

Jim McElhone received a runners-up medal for his performance in the Irish Singing Competition and Phil Westwell scooped a double as runner-up in both the Whistling and Lilting competitions.

Last, but by no means least, was Mícheal Ó Grianna who received his runners-up medal in the Sceálaíocht competition, which for the uninitiated is the storytelling competition for stories delivered in the Irish language.

FleadhFest also marks the end of year for Comhaltas as an organisation and branches are already putting in place plans for resumption of their activities—either in person or online—for the coming year. If the idea of the Fleadh is your thing, then why not come along and get involved and you never know, you could be on the winners list next August bringing medals and trophies back to Scotland

For enquiries regarding activities and lessons, please e-mail: paddy@comhaltas.co.uk