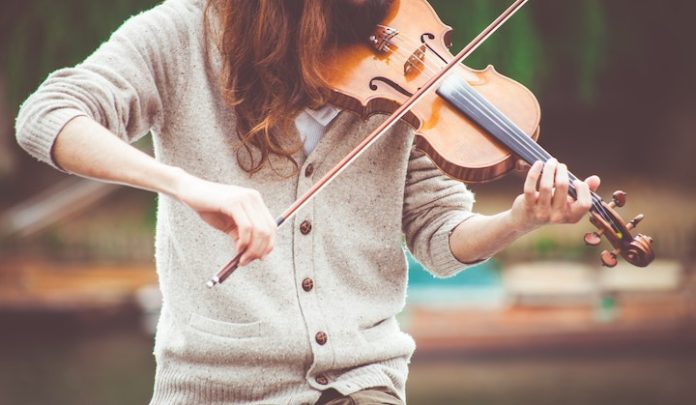 IRISH traditional music has been evolving in Ireland and indeed across the world where the Irish community have settled for hundreds of years. Few nations have music so integral to their culture as the Irish and much of that has been due to the way in which music has been passed on from person to person and from generation to generation.

For most ‘students’ of music, one of the first tasks in learning music is to learn the literacy behind it—the manuscript sheets of notes, bars, and hundreds of unique symbols each with their own important job in describing how a piece should sound. However, in Irish music, a large percentage of musicians—and one would suspect a majority—can’t read a note.

So if this is true, then how was/is Irish music predominantly passed on? It’s all done by ear!

Thinking back generations to long winter nights in cottages in Ireland, with no television or other distractions available, playing and passing on music was a favourite pastime for many where fiddles would literally be hung up on a wall, and accordions and flutes sitting on shelves waiting for their opportunity to be played.

Whilst times have moved on, and the circumstances around gatherings in the home may have changed, that culture of passing on the music by ear and not note, largely remains.

Many musicians would add that this method of musical transmission helps create a real deep understanding of the tune. The ‘nyah’—the unique groove that each tune has—can be much better understood by listening and repeating than reading it on a page for sure and you often find that ‘livelier’ players are those who learned their trade using their ears rather than the eyes.

So would I recommend to up-and-coming musicians to forget about learning music literacy and concentrate on
listening to as much music as possible? In a word, no! Whilst having a good ear for music is an incredible tool for any musician to have, the ability to be able to play music by reading it allows for much quicker learning of tunes,
particularly at times where a level of accuracy is required. A great example of this would be the numerous ‘Trad-Orchestras’ that have popped up in the past few years and for those working on projects such as recording on albums and working collaboratively with other musicians remotely.

One other practical use for music literacy is being able to dive into the archives and find older pieces, some of which have largely remained unplayed for generations. Due to the lack of music literacy in Irish music in the past, written archives of Irish traditional music are sketchy at best with little documented prior to the late 1700s with the Edward Bunting and Neale Brothers collections being two of the earliest collections of traditional music.

Undoubtedly, there have been many tunes that have slipped through the net and are now gone forever, passed from person to person, but never written down and at a time when audio recording was not in existence.

For those who are familiar with reading manuscript, there are a wealth of resources available to whet any appetite and one of the largest is the Irish Traditional Music Archive (ITMA) in Dublin, which houses hundreds of thousands of tunes going back to the earliest known documented pieces.

Much of their archive is available online to view and in addition to the written tunes there are also many audio recordings available of more recent pieces and due to the sheer volume available, you could easily loose days trawling through and finding some of the gems waiting to be uncovered.

Additional to the ITMA there are other user collaborative resources available online such as ‘www.thesession.org,’ a site which encourages its users to upload scores of tunes and document released recordings—a useful asset in identifying tunes from tracks!

What is absolutely certain, though, is that there are many more resources available to those learning traditional music than there ever has been. People can now pick the exact regional style or tune types they are interested in and immerse themselves in it from wherever in the world they happen to be—a concept unimaginable just a few years ago.

If you’re looking to expand your repertoire, or delve in to a specific trad music niche, there is no better time than the present.