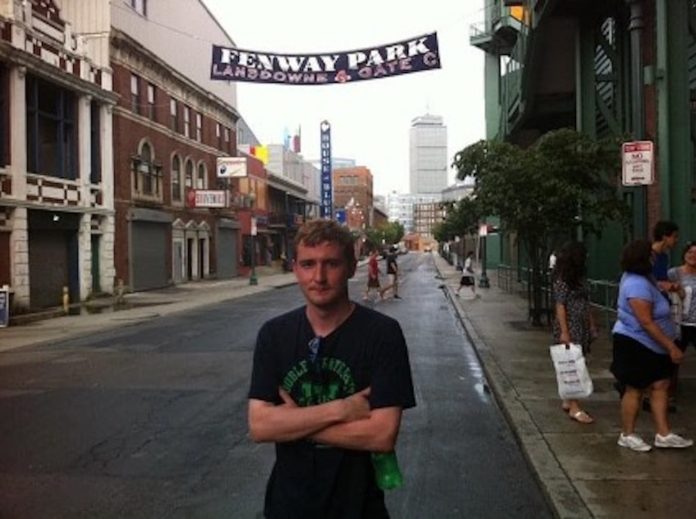 SCOOTING over to MacCumhaill Park for Donegal games—be it in the National League or the Ulster Championship—is something I’ve been doing for as long as I can remember. Intercounty games are great for generating a sense of pride in one’s county, but how does it work on a more national, and indeed an international, level?

There’s an old proverb which states that the ‘closer you are to something, the harder it is to see it.’ When it comes to national pride, that may ring true when we attend GAA matches. The Irish tricolour is raised aloft, Amhran na bhFiann is performed and sprinklings of the Irish language are seen and heard over the tannoy and in the match programmes.

And, of course, there’s nothing wrong with that. The GAA have never been shy in portraying themselves as being anything other than a sporting organisation who openly carry a strong political and cultural undertone. To their immense credit, they are one of the last bastions in Irish society who continue to develop a wide variety of traditional events and spectacles.

But what about other countries? Are we alone in this quest for patriotism through sport?

Having spent two summers in the United States in my 20s, I enjoyed conversing with their citizens about why they followed the sports they did and how they felt about certain aspects of political undertones in their games. People tend to brand Americans as brash and ignorant, but speak to them about what they know and love, and that stereotype becomes redundant.

During those summers, I learned that sometimes you don’t need to learn everything from a textbook. As we guzzled cold bottles of Bud amid the wailing sound of traffic and shining neon New York City lights, conversations often cropped with our fellow high-stoolers along the bar about sports. With it being ever constant on the big screens, it was hard not to get chatting about it.

The general consensus was that baseball was the quintessential and truly American game. It was a cornerstone of social activity where kids ‘stickball’ on the corners of neighbourhood streets in the likes of Brooklyn. Some elders recounted the fateful day when their beloved Dodgers packed up and moved their franchise to Los Angeles in 1957.

It also led me to research an interesting development in the late 1970s when the Cosmos soccer team signed Pelé for an extortionate amount of money. Soccer had become big business and Pelé’s move was widely jeered by baseball fans who felt that soccer was an opponent of a true American game.

In terms of politics becoming linked to American sports, it’s clear to anyone watching how the powers-that-be promote patriotism in the pre-game build-up. It’s not uncommon to see a military fanfare and marching band take to the field on the day of an American Football match; stars and stripes are unfurled and the Star-Spangled Banner anthem rings out with high decibels.

Although the US National Anthem didn’t officially become the song of the nation until 1931, it already had a long-presence at sporting venues long beforehand.

While soccer has steadily risen in popularity in America since the country hosted the 1994 World Cup, it’s still not expected to ever surpass the devotion most American citizens have towards the likes of baseball, basketball, football and hockey. One might think that this is because soccer is considered to be too low-scoring and pedestrian for American tastes, but there’s more to it.

The United States of America is built on the foundations of capitalism and free-enterprise. Their games have an unimaginable amount of stoppages and timeouts throughout a given match and this leads to commercial breaks and a chance for those in attendance to indulge their sweet-tooth with hot-dogs and nachos. After all, sports are branded as family events.

I witnessed this firsthand in 2007. When David Beckham togged out for his first game with LA Galaxy, the TV broadcasters curiously cut to adverts and interviews with spectators— including Jim Carrey—during the game itself. On a visit to Shea Stadium to see the New York Mets, there were players standing around idle for what felt like ages. Why was this? Ad breaks, of course.

There’s no denying that Americans are truly a fanatical sports nation. Even though there’s definitely been a growing interest in the playoff series and showpiece events like the Superbowl on these shores in recent times, if you do see their games as slow and too stop-start, there is an underlying reason for patriotism behind that.