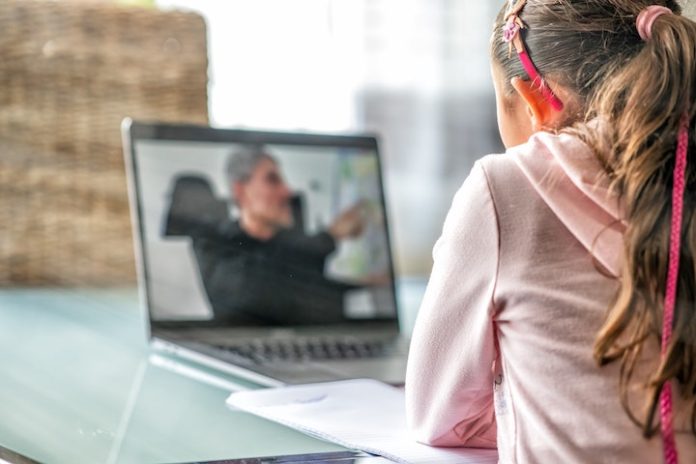 DURING the first lockdown teachers were put in a near-impossible position. Overnight, schools were closed (at least in the physical sense) and learning was supposed to become ‘remote,’ but a shift from classroom teaching to distance learning, whether online or not, is an enormously complex undertaking that would usually demand extensive planning, plenty of trial and error, and—crucially—the provision of the necessary materials and devices. The circumstances in which we found ourselves in early 2020 meant that none of that was possible; nevertheless, some people still expected their children’s educations to continue seamlessly, then reacted with fury when it became clear that their (absurd) expectations would not, and could not, be met. They were a minority, but a particularly vocal and, at points, abusive one.

The speed with which the pandemic took hold naturally caused enormous problems, but the emergency into which we were plunged also revealed some long-standing issues in Scottish education. High on this list was the fact that the system, even on its best day, operated in a state of extreme stress: if it were an engine, we’d have been revving it past the red line day after day, week after week, month after month and year after year. It meant that when the storm hit us, major system failures were absolutely inevitable.

Just one consequence of that short-sighted management style was that we had never really taken educational technology all that seriously or—and this part is crucial—been prepared to properly invest in teachers’ technical knowledge and skills. Those who already knew how to fully utilise online tools had, almost invariably, pursued that professional development on their own, typically with no official support—or funding. Combine this with the enormous inequalities that blight, some may even say define, our society, and it’s not hard to see why the idea of a remotely smooth transition to remote schooling was always ridiculous.

But despite all of that, teachers—like so many others—went above and beyond to do what they could for their students, even in circumstances more difficult than anything that any of us had previously contemplated. Schools found ways to get work to pupils and stay in touch with families, while hubs for vulnerable children, and those of key workers, were staffed. High school teachers even managed to ensure that students in S4-6 got the grades they deserved—albeit we had to watch the government try to punish the poorest pupils for their postcodes before those grades were actually awarded.

Of course it wasn’t perfect: personal, professional and even geographical circumstances all had an impact on what could be achieved, and in a world of 24/7 news cycles and social media saturation, all of the problems and unavoidable inconsistencies quickly became clear. For some this was evidence that teachers were failing young people, but the reality couldn’t have been more different. I said at the time, and still believe, that the teaching
profession should be immensely proud of how it responded to that first lockdown.

Teachers let down
The second lockdown, and the consequent shift to online learning, was simply a shambles. Once again, teachers were caught between poor planning, politics and impossible expectations, but to really understand what happened in January 2021 we need to be clear about the context. As we headed towards summer 2020, schools had been told to plan for a blended model of learning, combining some in-school teaching with remote delivery. It was a hugely complicated undertaking, requiring schools to factor in things like the size and shape of their buildings, the reach of their catchment areas, the availability of transport options and the family circumstances of their staff, but—as ever—teachers got it done. What was being proposed was, of course, a million miles from a perfect situation, but surely that’s a given when you’re battling a once-in-a-century pandemic.

And then, at the last minute, and under pressure from an alliance of cranks, conspiracists and bad-faith political actors—including some quite disgraceful interventions from a former First Minister of the country—the plans were abandoned. Schools would fully reopen in August 2020 and we would go into the school year pretending that everything was fine. We were even supposed to believe that the national exam system would be unaffected. Lots of people saw this as a victory, but it was one of the government’s biggest errors of the whole pandemic, robbing the education system of the chance to test out and debug plans for remote learning during a period of relatively calm and stability. Once again, teachers found themselves in a near impossible position—they knew they should be planning for the worst but couldn’t do so effectively while the pantomime of normality was being kept up.

The government then spent the following months shoving its head further and further into the sand, insisting that all was well even as teachers, parents and young people warned otherwise. Attendance issues alone were hugely disruptive, but nobody in a position of power wanted to admit it. Educators were told that pupils didn’t spread Covid while they watched it ripple through their schools. National 5 exams were only cancelled in October, and it was another two months before the same happened for Highers and Advanced Highers. We had started the year riding a wave of wishful thinking. When it finally broke, and pupils were once again required to learn at home instead of in the classroom, the chaos it unleashed was both incredible and entirely predictable.

Teachers faced howls of ignorant outrage when it became clear that online learning would not mean full days of interactive, online classes, but even if we conveniently ignore the fact that loads of teachers are also parents and therefore also had to look after their own kids just like the rest of us, that sort of model would have been entirely counter-productive. Anyone who has tried to sit through hours of online meetings will know that our capacity for that sort of thing is extremely limited and that applies even more so to children. Six hours in front of a screen with a teacher talking at them might have kept kids occupied, to a point, and even given the illusion of the free childcare that so many people were desperate for, but it would have achieved precisely nothing in educational terms.

We were shockingly ill-prepared for the all-but inevitable return of remote learning, not because of any failure on the part of teachers, but rather because teachers were prevented from preparing properly. In the rush to pretend—for largely political reasons—that normality had returned to our schools, those in charge simply created larger problems for other people (including children) to solve at a later date.

Once again, in the eyes of many, teachers were—as ever—to blame, but the reality was entirely different. Teachers didn’t fail their pupils, teachers and their pupils were failed by those in charge.

History repeating itself
And now, as we enter the new year—the third of the pandemic—the pattern seems to be repeating. The First Minister has talked about keeping schools open at all costs and pledged that they would open as normal, despite the fact that schools haven’t been normal for a very long time. It is, as has so often been the case in recent years, all about politics rather than pupils, and it is making a bad situation a good deal worse.

We also have high-profile public health advisers writing articles insisting that school closures should be entirely off the table because of the existence of open windows and HEPA filters, but the former are hardly going to help learning during a Scottish winter, while the latter simply do not exist in schools. The rhetoric is not focused on the quality of education that young people will receive, it’s about securing the free childcare needed to allow people to go to work. Profits, as ever, seem to matter more than people.

School closures should be off the table two years into a pandemic, and if education had genuinely been a top priority at any point in the last 24 months, or indeed the last six years, then maybe we’d be in that position, but we are not. The hard truth is that we’ve spent two years refusing to make schools safe for our children or their teachers, or to prioritise actual learning over attendance, because it would be too much hassle. The most obvious conclusion to draw is that, as ever, our kids aren’t worth the effort.

And to be clear, nobody wants schools to have to close their doors again. Teachers want to teach. They want to be in their classrooms, with their students, doing their jobs. But once again, and despite doing absolutely everything asked of them and much, much more over the last two years, they find themselves pushed towards an impossible
situation by people who seem more concerned about political advantages than what is actually best for young people.

James McEnaney is the author of Class Rules: the Truth About Scottish Schools, published by Luath Press and priced at £9.99, available from all good bookshops, both online and high street