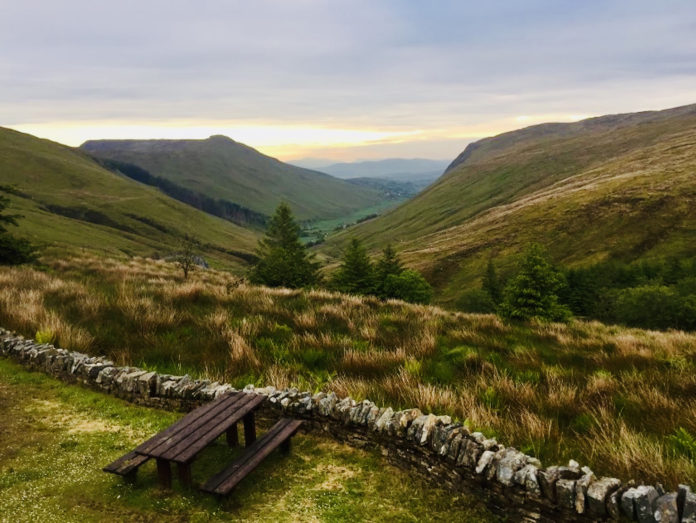 HAVING spent the last eight months doing a daily commute from Letterkenny to Carrick—a journey that takes approximately 90-minutes to and fro—I have to confess that my morning mood of frustration before setting out each day really brought the typical ‘townie’ out of me. For at least a while anyway.

There’s no question that the winter months were the worst. The mornings were pitch black, conditions were often cold, wet and sometimes slippy. The fact that you barely see a lamp-post until you get to Glenties doesn’t help the eyes from working overtime and the rocky and bumpy road up Glengesh is not for the faint-hearted.

Three punctures later and a gross feeling of fatigue—the daily run left no time for many gym visits or training—rose higher when the powers-that-be hiked up the price of diesel. No harm to repetitive pop songs and gags on the radio but I’ve no wish to hear Dua Lipa, Dermot Kennedy or ‘Guess the Secret Sound’ again anytime soon.

Getting stuck on top of the Glen pass in the ice was bad enough one morning, but having a stand-off with a sheep who wouldn’t move out of the road was another matter. Things that made me think ‘good God above, please let me get a teaching job closer to home in September.’

Alright, I admit. I’m being dramatic here for the sake of a good yarn. The real truth of the matter is that, despite the distance and the fuel prices, travelling into much more secluded and remote parts of the county really opened up my eyes as to what’s going on in the rest of Donegal. Places like Carrick, Kilcar and Glencolmcille—these were all just places I’d been to on fly-in visits for GAA matches before this year.

Once the mornings got that bit brighter, just as the spring and summer seasons were in bloom, it was just grand to take in some sights and sounds that had long been forgotten to me. Having lived in the UK for the bulk of my 20s and early 30s, it had been quite some time until I heard people chat so casually in the Irish language again. Some mornings, when I had a few minutes to spare, the ability to watch horses and deer trot along fields was a sight to behold in itself. Maybe, this was the ‘real Donegal.’

Being a St Eunan’s supporter in Letterkenny is nothing out of the ordinary, but it definitely got me my fair share of rolled eyeballs and snide remarks down there. Maybe it’s due to the perceived fast pace of living we seem to do in Letterkenny, that maybe we think of their region as a, sort of, place in Ireland that time forgot. And I can declare with the utmost honesty that, until recently, I’d never heard that ‘I was busy with lambing season’ as a legit excuse to get out of doing homework.

I write this, all in good fun and jest, of course.

It was also comical to learn that Kilcar and Glen share an intense parish rivalry where one kid even referred to a village that separates the two as the contested ‘Gaza Strip of the southwest.’ Told in a dry, unassuming tone of Donegal humour, that we’ve come to expect.

Not forgetting that there was a fair share of local buzz around the area. This was all down to the fact that Hollywood star Liam Neeson was often spotted wandering about the place between shots of the upcoming The Life of Saints and Scholars film that’s coming out next year.

Mind you, with him being in town meant only one thing for me on the drive home one night. Sadly it wasn’t an autograph or selfie taken with the man himself. No. All I got was a Garda stopping me at a roadblock going: “You’ll have to go around the long way by Killybegs, son! Didn’t you know Mister Neeson is filming a scene on this road tonight?”

A commute I’m not sure I’d have the energy to do forever, but for the last eight months, it’s been an adventure being based in parts of the county that I’d often overlooked. When you can take a dander up a quiet main street in a wee place like Carrick, you know it’s a nice place when almost every single passerby waves or says hello.
Donegal really is the Pride of All.