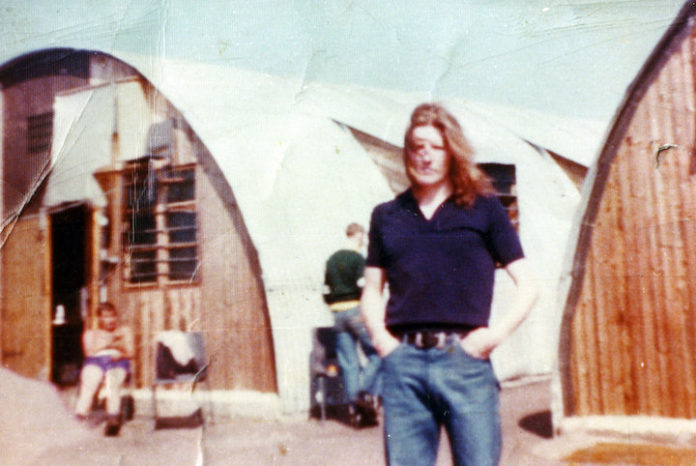 ON MARCH 1, 40 years ago, in the H-Blocks of Long Kesh, Bobby Sands (above) refused his meals. It was the beginning of a hunger strike that would last 217 days and result in the deaths of 10 of the hunger strikers, including Bobby after 66 days. The prisoners had five demands to reinstate their political status:

As I read through the social media posts from Sinn Féin politicians—including current leader Mary-Lou McDonald—I noted the rhetoric of a lot of the replies, discussing how ‘he would be turning in his grave at Sinn Féin selling out’ or ‘he would be ashamed of what Ireland has become.’ That made me think of who Bobby Sands was and what he may have become if he was still with us.

An iconic figure
I don’t want to go over his life. There is a great book Bobby Sands: Nothing But An Unfinished Song by Denis O’Hearn that does that perfectly. Rather I wish to use what I know of Bobby to imagine his role in the struggle for a united Ireland today.

Bobby Sands, for many, is the image so widely used of him, which is as well-known as that of the iconic image of Che Guevara.

Bobby Sands was first in Long Kesh in 1972. In 1975 he met, Gerry Adams, who on arrival set up discussion groups, which Bobby attended. They would discuss politics and strategies, not just of Ireland, but worldwide and from various periods.

The Nissen hut which housed Bobby was also a Gaeltacht for prisoners wishing to learn the Irish language. Bobby immersed himself in the political books that were smuggled in. He and his comrades were interested in Che Guevara and Cuba, Apartheid in South Africa, along with many other international struggles for rights and freedom. Indeed Nelson Mandela, who was imprisoned on Robben Island in May 1981, had a calendar as one of his few privileges. The fifth of that month read, ‘IRA martyr Bobby Sands dies.’ Mandela would use the inspiration of Bobby and his comrades, employing the weapon of hunger strike as part of his struggle for freedom.

Fidel Castro made a bold statement, saying: “Tyrants shake in the presence of men who have such strength as to die for their ideals through 60 days of hunger strike! Next to this example, what were the three days of Christ on Calvary as a symbol of human sacrifices down the centuries?’ While some Christians may recoil at the comparison, it’s quite fitting that people who he had read of and admired whilst an 18-year-old in Long Kesh had such a reaction to him.

An imagined perspective
With this in mind, I personally believe that Bobby Sands would have been heavily involved with the shift to politics that came with Good Friday Agreement, and most likely before. He was a very intelligent man and an avid reader. He took part in debates and discussion, had knowledge beyond his years and was never afraid to use it. Indeed during his hunger strike he was elected as MP for Fermanagh and South Tyrone, which forced the British government to introduce The Representation of the People Act 1981, to prevent any other hunger strikers being elected.

After 9/11, the world changed in such a way that a return to armed struggle wasn’t viable and the people in the North of Ireland wouldn’t have supported it. Bobby Sands’ most powerful weapon was his mind and I truly believe he would have used it to great effect in the continuing struggle for Irish freedom.

Although that dream for many now seems a legitimate possibility, with Sands involved it may have been less ‘within touching distance’ and more ‘in our hands.’

Regardless, Bobby Sands will continue to inspire those who seek freedom and divide opinion of the various strands of Irish Republicanism who continue towards achieving it. ‘The People’s Own MP’ has a legend that makes him ‘The MP Owned By The People,’ and whatever anyone’s ideas on what Bobby would think today, the fact we will never know is a great loss for Ireland.