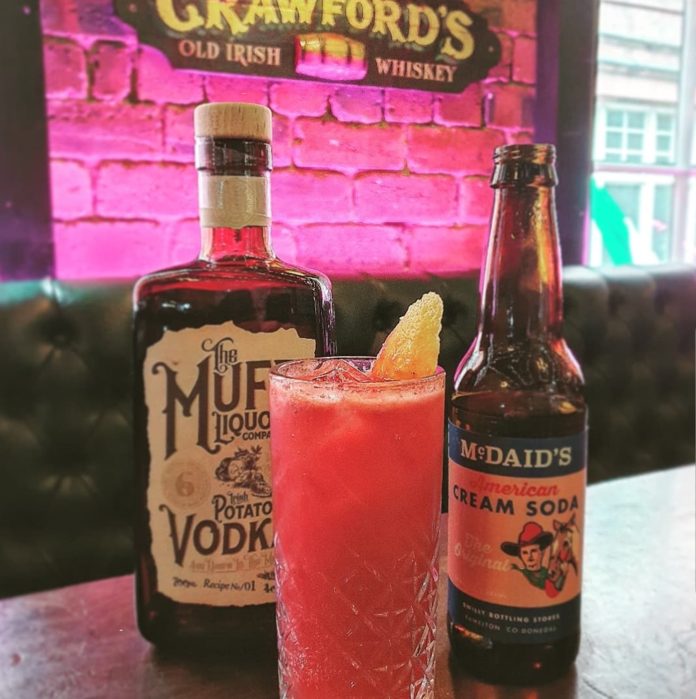 IT’S THE most wonderful time of the year. No, not Christmas, it’s March! It’s the beginning of spring and most importantly St Patrick’s Day. However, St Patrick’s Day isn’t the only thing we have to celebrate in March as there is also the Irish Craft Beer Month and International Irish Whiskey Day on March 3—two things that I intend to celebrate fully.

This month, I spoke to Paul at Dalriada Imports about craft beer. While Brexit has hit businesses like his hard, the demand for Irish craft beer is on the rise and brands like Kinnegar from Donegal and Galway Bay are making appearances in many pubs in Scotland, as well as craft beer shops. He is firmly behind Irish Craft Beer Month and believes we will soon see the products from many more Irish breweries making their way across the Irish Sea.

On March 3, I was in Malones in Edinburgh to celebrate International Irish Whiskey Day. No, I wasn’t making my way through their Middleton Very Rare Collection or even sampling their beautiful Bushmills Causeway collection, but instead I was there to celebrate the official launch of Malones Triple Cask Irish Whiskey as it hits the UK and Irish markets. No longer can the pubs hold onto it for ourselves.

So, as I said previously, St Patrick’s Day is not the only cause for celebration in March. That said, I’m sure St Patrick’s Day is at the forefront of everyone’s minds. It’s the best day of the year if you are Irish—unless you are working behind the bar. I look forward to it myself with a real sense of excitement but also takes me a week to recover.

While, in the past, Glasgow’s landmarks have turned green like others all over the world, there is still the lack of an annual parade as such. The Glasgow St Patrick’s Day Festival committee have done great in recent years by taking over the Merchant City, but a city the size of Glasgow, that boasts strong Irish roots, should see a day where we can take over the streets.

Maybe I’m being overly sentimental, because I had such great St Patrick’s Days as a kid and would love for my kids to have the same opportunity. I know you might be thinking ‘what is he going on about? But I have a point I promise.
As a kid, St Patrick’s Day was the day we could break Lent. Tayto crisps, Coke or, if you were from Donegal, Football Special or Banana Juice from McDaid’s, but as an adult it never tasted the same. I thought it was just me until I one day bumped into Seamus McDaid the owner. He confirmed with me that the recipe had changed slightly over the years because of sugar levels and so on. He did mention, however, that he was planning to bring back the original recipe. Last year, he sent me a case of the new soft drinks. Instantly I was transported back 30 years and it was exactly how I remembered. The high sugar content was amazing and went great in rum!

If you are looking for a soft drink alternative to celebrate St Patrick’s Day then you should get a case of old Football Special and Smooth Banana from Glencrest in Glasgow. This month for a cocktail I’m using one of their other new/old drinks the ordinal American Cream Soda here is Raspberries and Cream.

Method
—Add the vodka, raspberry purée and lemon juice in a Boston Shaker
—Shake over ice
—Fill a Collins glass with ice
—Pour in through a single strainer
—Fill to the top with Cream Soda