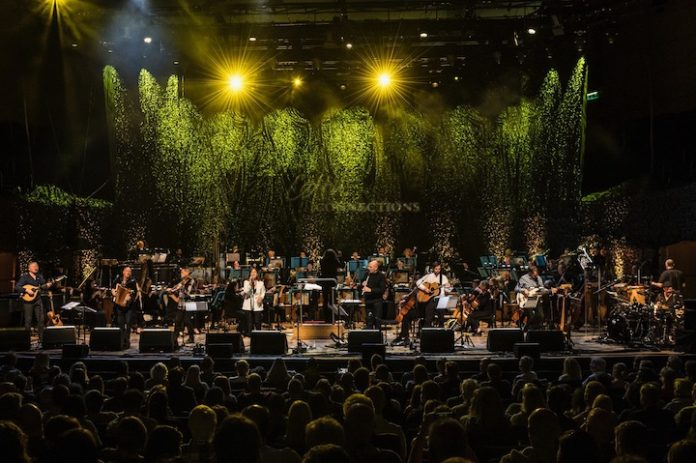 TRADITIONAL Irish culture is in very strong health in Scotland and many people are showing a keen interest in traditional Irish music, both from either a direct Irish background perspective or even from those where the interest in music is less reliant on Irish heritage.

There are many factors at play as to why this is the case, but it’s hard to argue that Irish music—particularly in Glasgow —is thriving to a greater extent than in many or even any towns or cities even in Ireland.

Much of this progress has happened across the last 25 years when, at that time, traditional music in Edinburgh would have been much more prominent than in Scotland’s largest city. One major cultural movement which has been at the heart of this tectonic shift from east to west has been the growth of the Celtic Connections festival which, in 2023, will celebrate its 29th birthday.

Celtic Connections was born out of the Glasgow Royal Concert Hall, which will forever be home to the monstrously scaled festival, but back in 1994, for the first Celtic Connections, it was all rather different.

The Royal Concert Hall was built as part of the 1990 City of Culture celebrations and whilst the venue had been operating for several years attracting a wide range of productions across many genres, the team behind the concert hall had a real problem in programming anything across January and early February—traditionally the quietest months for the theatre and live music industries.

This was where a master stroke was made which was to bring in the traditional music world for a festival that would grow to become the largest winter music festival in the world!

Personally, I’ve been spoiled to a certain extent by Celtic Connections, growing up in Glasgow as a young keen musician. I was seven when the first festival was hosted, and spent much of my youth—and much of my pocket money for that matter—in going to concerts at the festival and also the famed ‘Festival Club,’ which although there have been many iterations over the years, the general vibe of professional artists mingling with the average punter and up and coming musician is a special combination that isn’t replicated in any other genre of music.

Every year over the winter, the very best musicians in the traditional world would be camped out in Glasgow, often for a long duration of the 18-day festival. They’d be playing in sessions, performing, mingling, for any up-and-coming musician with aspirations to play music —that sort of exposure was priceless.

The festival has also grown alongside the Royal Conservatoire of Scotland’s Traditional Scottish Music course which has firmly put Glasgow as a destination on the traditional music map. The sessions, which were always incredible during January have over time become weekly, and then multiple weekly sessions flanked by musicians, many of whom are professional musicians in the traditional music world.

Increasingly many musicians have moved to Glasgow to pursue their careers in music. A great example of this would be Glasgow based band Ímar—a self-proclaimed Celtic cacophony of music from four nations, although unmistakably, the music features Irish music at its heart. Many people would simply say Ímar are Glaswegian, but in reality, the background and upbringing of the musicians involved is a very different story.

Suffolk-born and raised guitarist and bodhran player Adam Brown was first to settle in Glasgow. Fresh out of school and keen to pursue his love of music, he took the trip north to Scotland. Soon after Isle of Man born Adam Rhodes packed up his bouzouki and fiddle and crossed the Irish sea to Glasgow. Ryan Murphy, flautist and piper from Cork was next to make the trip to the dear green place and finally fiddler extraordinaire Tomas Callister also from the Isle of Man settled in Glasgow after studying music further north at the University of the Highlands and Islands. Only Mohsen Amini from the five-piece lineup can truly claim to be a Glaswegian and with his Iranian and English heritage, can also claim to be another immigration success story for the city.

With more and more musicians settling in Glasgow, and making their touring bases in the city, its adding to the rich heritage which is already here. With the local Comhaltas branches providing an excellent entry point to traditional music and in helping to educate and hone musical skills, having further education courses in traditional music helping to take those skills further and also in having exposure to world class traditional musicians across the city means that there is every opportunity for anyone to progress a journey in traditional music to the very highest level.

What may have been a stroke of genius in trying to fill a slot in an empty auditorium has flourished into a perfect cultural storm with traditional music at its heart.