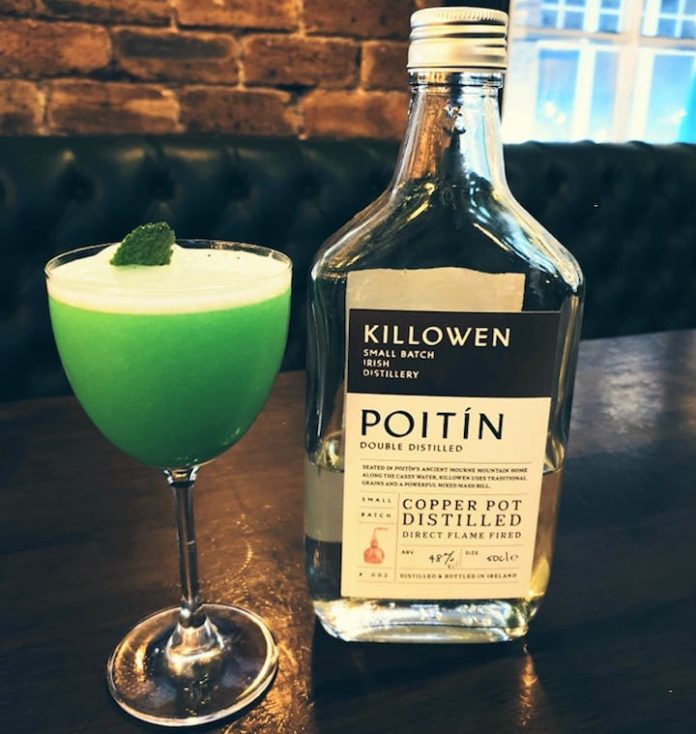 FIRST of all, Happy New Year, I hope under the new level of restrictions you are all keeping safe. January is historically a dismal month for the hospitality trade, people generally overindulge in December and the New Year brings resolutions to be healthier. Dry January has become a sore point for pubs across the land, as much as I don’t hold it against anyone trying to cut down in January, I will always fly the flags for pubs given they’ve had half a Christmas this year. So, can I recommend a dry white wine, dry cider, dry gin or even better a dry Martini?

January is also the month, however, that a wee hot toddy is a lifesaver. I’m not saying that I don’t trust cold medicine, but there is a saying that what ‘what whiskey can’t cure there is no cure for!’ When I was growing up—in houses the length and breadth of Ireland —there was always a bottle that came out when it was cold and flu season. In some households, it was marked holy water, in others it was in a lemonade bottle. In my house it was in a Smirnoff bottle that was clearly a few decades old. Old labels on alcohol bottles wasn’t uncommon in my house as my dad is a Pioneer. For those who don’t know what that is he made a vow to God not to drink. He can only consume alcohol if it is an ingredient in food or as medicine.

This Smirnoff bottle wasn’t bottled by Diageo and I don’t think people needed that amount of holy water. It was ‘medicine’ and as soon as the lid came off, the smell was unmistakable, the rare old mountain dew, moonshine, or more commonly known in Ireland as Poitín. With an ABV hitting 90 per cent on some home brews, many claim to have seen faeries and leprechauns after drinking it. It will either cure you or kill you, there is no in between.

Distilled mostly in rural parts of Ireland —since those crafty monks taught us how to distil perfume and some clever person worked out if you drink it, it’s good craic—Poitín was the most common drink in Ireland at one point as most households just made their own. It can be made with malted barley, corn or potatoes—something that Ireland had in abundance—and fired by turf, giving it that raw, unique taste and smell. It can be made in a small still and that is exactly how it got its name, translating to English as ‘little pot.’ The government wanted to start taxing alcohol and the only way they could do that was regulate distillers. The world’s first every licensed distillery was in Bushmills in County Antrim in 1608, but many were still was making their own so in 1661, Poitín was made illegal.

This development sent this particular spirit underground for more than 300 years. Poitín, in some form, was legalised again in mid-1990s, although many purists refuse to acknowledge this new taxed spirit as the real thing. It is making a comeback not only in distillery’s like Killowen, Teelings and Glendalough but also on back bars in Ireland. There is even a bar in Dublin called Bar 1661 that specialises in Poitín Cocktails.

I’ve had a play about with it myself and this is my latest cocktail. I’m calling it Dancing the Faeries because after drinking it the chances are you’ll be having a jig with some faeries.