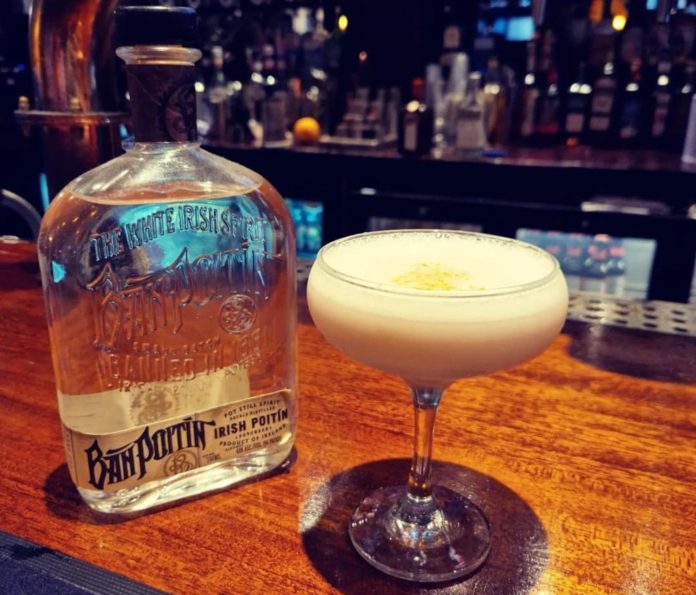 I THINK one of the most meaningful sayings I’ve come across since moving to Scotland is the ‘ties that bind us,’ It’s so true, we have a common Gaelic language, music, sports, food and drink. We share many of the same religions, firstly Paganism, then Christianity and some Irish saints later became important figures in Scotland’s settlements. St Columba travelled from Ireland to Iona and the place name Kilbride derives from St Brigid.

Historically, we shared common enemies in the Vikings, Romans and English and friendships with our neighbours in the Celtic nations of Wales, Isle of Mann, Cornwall and Britney. We have been trading with our friends across the water for thousands of years and these ties that bind us are still as strong as ever.

A main product for trade was alcohol, with Wales, Scotland and Ireland offering whiskey, Brittany supplying brandy and Cornwall ale. However, what set Ireland apart was poitín. There are few that will question that Ireland invented whiskey, the first record of distillation for ‘medical reasons’ can be found in the Red Book of Ossory. This can still be found in Kilkenny today. It dates back to 1324 and the first sign of what we now know as whiskey was mentioned in Latin as Aqua Vitae. Aqua Vitae can mean any spirit from fortified wine, brandy, vodka or whiskey. It roughly translates to ‘lively water’ or ‘fire water’ and it was more likely to be referring to brandy as it predates whiskey. When translates to Gaelic lively water is Uisce Beatha later Uiscey and then whiskey.

Ireland was very different at this time, covered in oak and ash trees, great for making barrels, but certainly not ideal for traveling. Also, there was no office currency in operation during this period outside of what is now Dublin—Beyond the Pale—therefore, people survived by trading. Whiskey was an excellent commodity to trade for food and cloths, however, this changed with the arrival of Oliver Cromwell. Suddenly, the Irish were faced with demands to pay taxes, but the English struggled to collect taxes in the wilds of Ireland. By the time King James came to reign, he devised a new way of controlling the population through taxation. He passed laws on the size of stills, a patent for a still was required—now seen as a licence—and a patent was only available to those who lived in a major town, so the tax man would definitely be paying a visit.

The first patent/licence was granted in the Limavady area in 1608. At that time, it was in the same district as Bushmills, meaning that Derry is the first county to ever produce what become known as ‘parliament whiskey’ in the world. At that time, Ireland had some fantastic micro stills, producing what was named, ‘white whiskey,’ especially in Connemara and Inishowen, but the only place in Galway that would get a patent was Galway town. As for Inishowen, they would have to move to Letterkenny or Derry to get a licence. This meant that many micro stills were lost as they were denied patents. However, the Irish weren’t exactly keen to pay taxes to the crown and many stills still produced white whiskey, normally as small pot stills, the source of the name small poitín.

Donegal had a great fuel source in peat. Burning the peat gave it a rich a smokey flavour and most of these bottles of poitín were sold to Iona and Islay in Scotland. I think many will find this difficult to believe, as it is a popular misconception that smoked whiskey was invented in Islay, but as with the single malt, the Irish did it first. However, I don’t think the Irish mind sharing.

Today, we can enjoy the renaissance of both poitín and smoked Irish whiskey. A great Irish smoked whiskey is Hinch light peated that I’d highly recommend. Most illegal poitíns are made with predominately sugar these days and are actually closer to rum than whiskey. Many distillers are resurrecting the art of poitín using grains. 2022 has been declared the ‘year of poitín,’ with Ireland’s first Poitin festival, Poitin Now, being held November 18 and 19 with the former being International Poitín Day, so here’s a wee cocktail with a big kick!