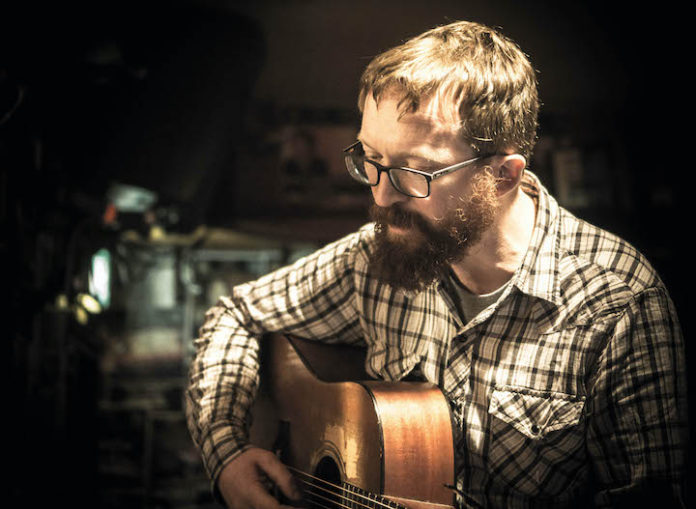 GLASGOW Irish bands and gigs take us across the pond this month to New York City as they chat with Cork-born Niall Connolly (above). Niall’s livestreams got us hooked on his music at the beginning of lockdown. We found Niall—normally about 2am Irish time—performing his own material and since then have become great fans of him and his music and can’t wait to see him live.

Niall you have been quoted as being ‘among the most vibrant, poignant, and authentic indie folk artists in New York City.’ How does that make you feel?
I mean I know you’re supposed to ignore reviews, good and bad, but that’s a nice one alright.

Who or what was your inspiration to get into the music business?
I started playing relatively late—just before my 16th birthday. I became aware I wasn’t going to make it as a professional soccer player. I loved music. The Frank and Walters and the Sultans of Ping were both from my hometown of Cork and they were making waves at home and abroad. They made it seem possible. Myself and my childhood friends formed a punky-grunge band. It was loud and fun. As well as the local giants, I was really into Nirvana, Pavement, and bands of that ilk. My sister had a great collection of more ‘folky’ stuff like Leonard Cohen and Bob Dylan. I got into them through her. I’d say Nirvana and Cohen remain big influences for me to this day.

How would you describe the music that you typically create and perform?
Indie-folk? Folkie-indie?  I don’t know, I hate describing it. I read recently someone saying that writing about music was like dancing about architecture.  I liked that.

What is your favourite song to perform and why?
Whatever my newest song is at any given moment. It’s a real mixture of joy and terror performing new songs.

If you could collaborate with anyone who would it be?
Aimee Mann, Gillian Welch, Rick Rubin, the National, Belle and Sebastian.

You have played at some amazing venues, including Glastonbury. What has been your favourite venue to perform at and why?
There are so many, but if I had to pick one then it would be Levis’ Bar in Ballydehob in West Cork. It’s an old shop/bar where the musicians set up behind and an old shop counter directly opposite the bar. The owners Joe and Caroline are the nicest people you’ll meet in this life or the next and the locals have more stories than the Bible. Also, West Cork is like nowhere else on earth.

What’s the craziest thing that’s happened at a performance?
Again, where to start? Here’s one that springs to mind, despite years of therapy. I was playing in Brest in France one time and these two fellas at the front stripped completely naked right in the front row and danced for two or three songs, before sitting back down at the bar, still naked. They eventually got dressed again and carried on as if nothing had happened. The weirdest part was that nobody else seemed particularly surprised.

The music scene has altered a lot over since you started performing. What’s the key to making it work?
The music industry is always changing. There have definitely been massive changes in in the last couple of decades alright. Some of it has made things much harder for musicians, but in all honesty, there’s plenty to be grateful for too. I’ve gone from posting people CDs and calling international venues from a phone box with a fist full of coins, to sending them electronic press kits from my mobile phone. I’ve been able to do livestreams throughout the pandemic from my home.

The advice I would give, when asked, is that you have to try to be your own industry these days. You have to treat it like a job, show up, put in the hours and be respectful to everyone you meet along the way. The woman booking the tiny venue now will be booking festivals in ten years. The guy taking tickets may end up managing the next household name who needs a nationwide support act. It’s the same in any job. If you keep doing the work, if you are reliable, and somewhat sound, people will want to work with you.

You set up The Big Collective when you arrived in Brooklyn back in 2006. What was your goal with that?
Big City Folk grew out of various song-writing nights that I’d been hosting all over the city. I started hosting those to help create a safe space for new music, where people could feel supported and encouraged to create and perform new music amongst their peers. I can’t believe it started so long ago.

You often quote lines from books you’ve read. if I remember correctly, you read out a few from a Hibernian dictionary. Which was your favourite?
Oh, I don’t have that at hand, but that’s A Dictionary of Hiberno-English by Dolan Terence Patrick. That’s a great book. I feel like Irish and Scottish people share this gift of having such beautiful ways of insulting one another. You could be impressed, offended and impressed again all in the same moment.

If you could have a dinner party with any celebrities, dead or alive, who would you invite?
Hopefully they’d be alive, at least before I fed them. John Steinbeck, Leonard Cohen, Johnny Cash, Nico.

If you could turn back the clock is there anything you would alter?
Plenty, but of the publishable variety, I wish I’d learned piano as a child or ever.

The world is starting to open again, what have you planned for 2021 onwards?
It’s hard to think and plan beyond the immediate future these days, but I have a few gigs in New York and Woodstock in the next month or so. Big City Folk Song is due to start back up again on a weekly basis on September 8 too. I’ve a new album of material that I am working away on all the time too. I’ve been collaborating with various musicians here in NYC, the west coast of US, as well as with Glasgow-based composer Michael John McCarthy. I am not sure when it will be yet, but definitely can’t wait to get back to Glasgow too. I’ll also keep the Saturday livestream going for as long as people are tuning in.