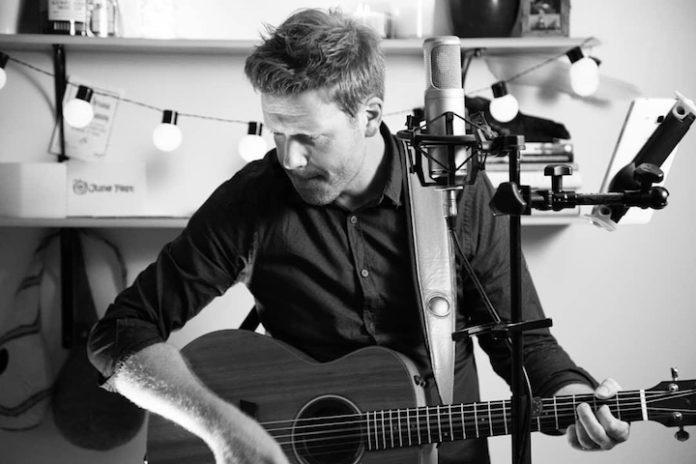 THIS month we interview a regular on our page, the mighty Ross Donegan (above), better known to audiences as Ross D. Ross is a talented musician from Kildare who started doing livestreams a year ago. We’ve supported Ross since the very beginning on Facebook and watched his shows improve every week, which has led to him gaining more followers or ‘Bowsies’ as they’re known. Read more about Ross and his plans for the future below.

What first got you into music and who inspired you?
I grew up in a house filled with music, so from an early age I was introduced to all styles. We had a piano and a guitar as well as a great music collection. As a kid I was obsessed with Michael Jackson and then eventually moved on to punk and metal. Even though I have listened to many genres of music, the one that has consistently inspired me is folk. I’m a lifelong Christy Moore and Luke Kelly fan and I eventually settled on singing Irish folk songs and ballads.

What was the best advice you’ve been given?
Something I didn’t realise until my late 20s was the power of learning cover songs. I was always focused on writing my own songs until I decided at 27 to start a covers band for the craic. Once I started learning other people’s songs, I practised a lot more and my technique got better.  It reignited my love for music and I slowly became a better musician. So, learn loads of songs and keep practising.

Who would you most like to collaborate with?
Great question. This answer would change from day to day. I have always admired the production of John Reynolds. Based in London, John has worked with many of my favourite artists. His production style is amazing and he’s a great drummer. I would love to record a few songs with him.

What have been your favourite venues to perform at and why?
This is going to sound strange, but my shed! Obviously, I haven’t played many live gigs since Covid-19 hit. I play a weekly livestream on Fridays at 9pm (GMT) on my Facebook page. This has been a huge outlet for me. Getting to perform for people and spread some positivity during these tough times has been a saviour for me.

What is your favourite song to perform and why?
I’ve just finished working on a song with Thomas Goulding who’s an amazing songwriter based in Dublin. The song is called An Honorary Irish Man. Thomas wrote the words and I set it to music. It was my first time to try this approach, but it was such a great experience. The song sounds great and I can’t wait to record it and play it for people.

What’s the best gig you’ve attended?
I’m a huge music fan so I have attended thousands of gigs, concerts and festivals over the years. It’s hard to pick just one. U2 at Slane Castle, when I was 16, was pretty epic.

How do you feel the internet has impacted the music business?
There are loads of negative things I could say about it. Like the revenue artists are losing from streaming services. However, to focus on the positive, I can go into my shed and broadcast my music to the entire world for free. How cool is that?

If you could change anything about the industry, what would it be?
It’s a fairly ruthless business! If you’re coming from a background where you don’t know anyone in the industry or have no contacts it can be very hard to get anywhere. It would be great to see younger musicians getting encouragement or grants from record labels. The level of talent in Ireland is absolutely colossal. I’d love to see that nurtured by the industry.

What is the most useless talent you have?
Beatboxing! I love to throw in a bit of human beatboxing into a gig for the craic because it reminds me of my misspent youth listening to Hip-Hop!

What’s next for you?
I’m currently putting together a setlist for a new album. I’m hoping to record it in the next few months. The album will be mix of covers and originals so I’m busy writing and planning it now. I’ll definitely be back gigging once restrictions are lifted. I’m working with a fantastic company called MJ Music Management and we’re planning loads of gigs and tours! So, stay tuned! I’ll also continue doing my weekly live stream.

I have to give a shout out to all my regular listeners that I nicknamed the Bowsies. They know who they are.  We’re like family at this stage so thank you so much for tuning and all your support. Up da Bowsies!