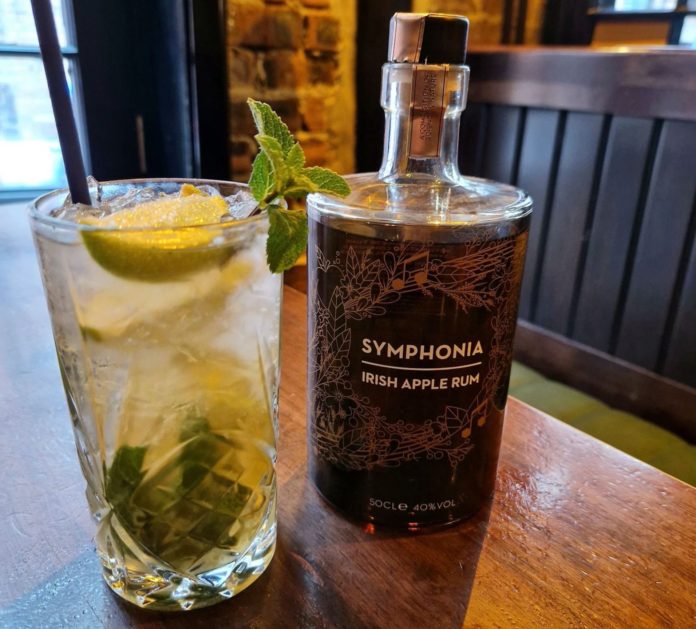 THE sun is out—well it was for about three days anyway—taps are aff and summer is in full swing, it’s great to be back. Some of you might be enjoying the sun, some are like me and find the best form of sun cream is the cool dark pub keeping hydrated. As another heat wave is expected in August continued hydration is essential.

When the heat is on there are only two drinks that will hit the mark for me. The first one is a cold cider. I’m sure we can all agree that Ireland has some amazing ciders on the market, such as Magners, Rockshore and Orchard Thieves. The second one is rum, which is also one of my favourite cocktail ingredients. Rum and apple is always refreshing, but the sweetness of rum makes it a barman’s choice when it comes to cocktails. We all know the classics of the Caribbean like piña colada, punch, hurricane, Mai Tai and daiquiris.

Rum is not a drink traditionally linked with Ireland because the first Irish to drink or distill rum did so under exile and not many had the opportunity to come home to share what they had discovered. When Cromwell seized Ireland in the 17th century, he sent the disloyal to Hell or Connacht. Hell meaning being sent into slavery in Van Diemen’s Land or the West Indies. After serving between seven and ten years most were free to return home, however this often proved difficult as many had no money for passage or transferable skills to earn a living.

As the British, Spanish and French carved up the islands, the Irish hopped and eventually happened upon their own Emerald Isle. No, not Ireland, but the Emerald Isle of Montserrat. To say the Irish took over the island is an understatement. Place names such as, Belfast, Clonmel, Dublin and Athenrye feature and the accent is still very similar to a Cork accent to this day. With common surnames on the island such as Murphy, Allen, Ryan, Sweeney, Daly and Lee, it’s a Caribbean home from home.

There is no official evidence to say the Irish were involved in early rum production, but with a wealth of distilling knowledge from the Irish in the area it would not be a massive leap to surmise that the Irish influenced the distilling process of rum. Today, it has come full circle with most Irish distilleries using former rum casks in the finishing of whiskey.

Both Ireland and Scotland have begun producing their own rum in recent years with Scotland out of the blocks with Dark Matter and there are many others in the Glasgow area. Irish rum has only really hit the shelves in the last two years. Blacks in Kerry was first, but a few have followed. Killowen make great rums but only in limited batches.
Today, I’m going make another rum classic cocktail, the Mojito. As usual, I am using Irish products—Symphonia Apple Rum from Moy in County Tyrone.