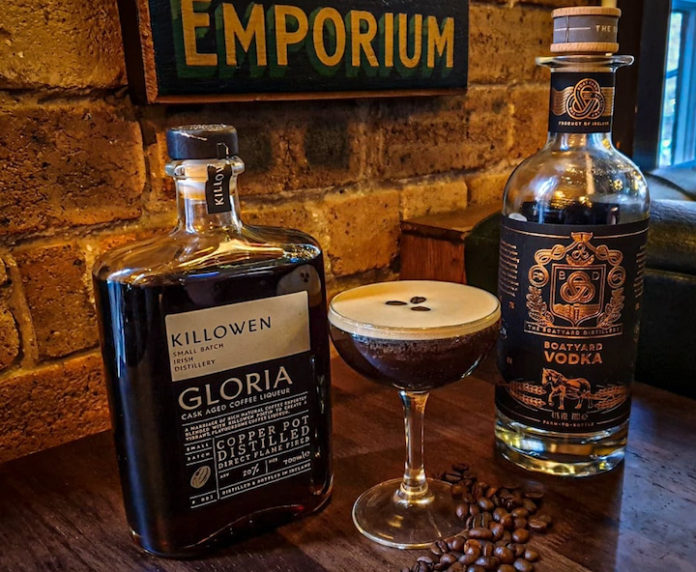 AS I sit here and melt in this incredible weather, I’ve made a promise to myself that I’ll not complain, after all we don’t get weather like this very often.

As beer gardens start to fill up again, coffee shops are now emptying. Now, I love a nice coffee or, as I’m Irish a boiling cup of tea when the mercury goes near the 30 mark, but I know that’s not everyone’s cup of tea—pardon the pun. Coffee shops are fighting back with all their iced ranges, from iced lattes to fruit smoothies, I’m sure they are delicious, but it’s just not my thing, possibly it’s because they are non-alcoholic.

Ireland has a long-standing love affair with tea, starting back in the early 1800s with wealthy landlords—there was no war of words over who was best Barry’s Tea or Lyons Gold Blend. No, this was tea that came from the empire for those Irish who wanted to be British and all the status that it brought with it, not considering the human cost of its journey to Ireland.

Coffee, on the other hand is considered a more modern drink in Ireland. If you walk around Dublin, Cork or Belfast you will see the same Starbucks and Costas that are in Glasgow or Edinburgh. Ireland’s love of Coffee goes back further. It was the original black stuff. The first coffee shop opened in Ireland in Coffee House Lane in Waterford in 1690—possibly, the most famous thing to happen that year in Ireland.

By 1698, there are records of coffee shops in Dublin, Cork, Galway, Belfast, Limerick, and Clonmel, long before Ireland’s most famous coffee makers Samuel and Charles Bewley opened their grand doors in 1840. Coffee was seen as the drink of the upper classes with beans coming from Africa and the West Indies. Thankfully, today, our love affair with hot drinks goes hand in hand with Fairtrade farming. More and more tea and coffee brands will only buy Fairtrade goods and this will hopefully has a positive impact on these farmers and their families.

Today I will be making one of Ireland’s most popular cocktails—an expresso martini—but I will be putting my own twist on it. Instead of using Kahlua, I have opted for Killowen Gloria Coffee Liqueur. I’ve used Killowen Cask Strength Rum previously and I have been impressed with all their product range.

If you would like to try some of their other products or just talk booze you can find me—and a wide range of Irish spirits—behind the bar in Malones!