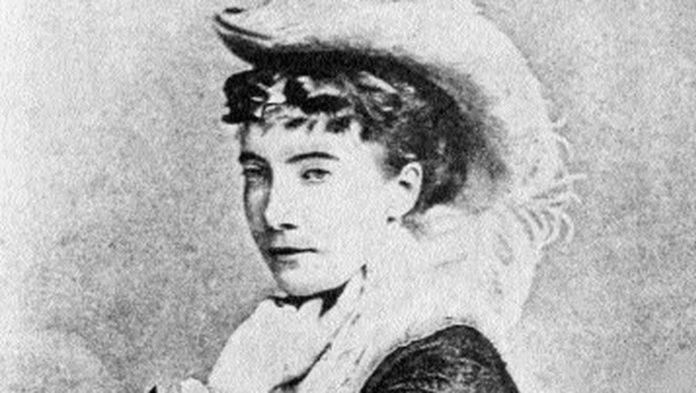 RENT in Ireland have soared in the past decade. In Dublin they are now almost double what they were ten years ago, and outside of the capital they are also rising significantly, creating a rental crisis across the country. A similar situation is evident in Glasgow, with rents up 41 per cent in the past decade, and buy-to-let developers eating up new properties.

Problems of housing and affordable rents have a long history in Ireland. In the decades after the Great Hunger, they became particularly severe. In 1879 the Irish Land League was established to protest against ‘landlordism,’ high rents and evictions. It led the campaign known as the Land War of 1879-1882. A separate organisation—the Ladies’ Land League—was established for women, and both had huge presence in Ireland and across the Irish diaspora. In Britain, some of the largest branches of the Land League and Ladies’ Land League were found in Glasgow. At this time, Irish-born people counted for about six per cent of Scotland’s population of 3.7 million, and one-third of those had arrived in the previous decade. By far the largest concentration was found in Glasgow, and the community of recent arrivals was augmented by many more second- and third-generation Irish.

The history of Irish women’s activism in Scotland has developed much in recent years and knowledge, for example, of Margaret Skinnider’s involvement in the 1916 Rising is now familiar to many. What is perhaps less known is how Skinnider’s story built on an earlier wave of activism among Irish women in Scotland in the Ladies’ Land League. They campaigned for reform in Ireland, but also about questions of rent and landlordism in their new home in Scotland. The president of the Glasgow Ladies’ Land League was a 21-year-old emigrant named Ellen Quigley, an overlooked but fascinating figure, who advocated radical solutions to the rent question and the abolition of private property.

Beginnings
The Ladies’ Land League was, in many ways, an emigrant organisation. It was first founded amongst Irish women in New York in October 1880. In January 1881, the organisation was set up in Ireland, led by Anna Parnell (above), a return-migrant and the sister of the Home Rule party leader Charles Stewart Parnell. In the following months, branches began to form in England and Scotland, and soon there were also branches in Canada and Australia. ‘Ladies’ was chosen for the name to lend a respectable air. Yet for Marguerite Moore, a travelling organiser who visited Scotland several times during the Land War, ‘it was women they wanted, not ladies.’

Organising in Glasgow
The Glasgow Ladies’ Land League was founded in the summer of 1881, following a visit to the city by Anna Parnell. A massive crowd of some 6000 people gathered on a rainy afternoon to hear her speak in a field in Glasgow, where she called on her audience to send money to avert catastrophe in Ireland and urged women to start branches of the Ladies’ Land League. Her speech was criticised in the Glasgow Herald and the North British Daily Mail for her ‘violent and vituperative’ words, mainly because she colourfully described Prime Minster William Gladstone as a ‘wretched, hypocritical, bloodthirsty miscreant,’ for the repression of the land movement. After her visit, the new Glasgow branch of the Ladies’ Land League was established. It was the second branch in Scotland, the first had been formed among Irish textile workers in Dundee’s jute mills.

The Glasgow branch soon comprised of more than 100 members and was led by Ellen Quigley. From a tenant-farming background in Donegal, Quigley emigrated to Glasgow and worked as a seamstress. At just 21, she may seem young to have led the branch, yet the majority of members of the Ladies’ Land League in Ireland and the diaspora were in their early 20s. In Glasgow, their activities generally involved fundraising for evicted families and political prisoners, and organising events when travelling speakers came to town. One large rally in Glasgow’s City Hall was addressed by Marguerite Moore, who had poked fun at the Irish authorities and defied them to arrest her, declaring it ‘an honour and a pride to go to jail’ and promising she would not ‘come out anything better than when I went in.’ Indeed Moore would later spend three months in prison in 1882.

That night, Moore was joined on the platform by Quigley and Lizzie Connolly, a second-generation newsagent from Saltmarket. The presence of women on the platform was unusual by the standards of Irish Nationalist meetings and indicates the changing views of women’s political roles in Ireland and the diaspora. This was noted in the Daily Mail, which groaned about the women hiding behind the ‘cloak of philanthropy,’ but really engaging in highly political activities. For that newspaper, the Ladies’ Land League was a ‘much more objectionable body’ than the men’s league, because it was the result of ‘an unnatural application of the doctrines of those strong minded ladies who champion the extreme form of women’s rights.’ There were certainly strong feminist dimensions to the Ladies’ Land League. After the Land War, Marguerite Moore emigrated to New York where she became a leading figure in the feminist movement.

Radical ideas of rent and reform
The Land League and Ladies’ Land League branches in Scotland were among the most radical in Britain and Ireland, and Quigley advanced radical ideas of rent and land reform espoused by the American economist Henry George and the New York-based radical newspaper, The Irish World. That paper was sold in Glasgow in Lizzie Connolly’s Saltmarket newsagents, and from there, copies of the paper made their way to branches elsewhere in Scotland.

George had published the international bestseller Progress and Poverty (1879) and was more well-known than even Karl Marx in some quarters. He left a lasting stamp on land reform and the anti-rent movement in both Ireland and Scotland. In 1881 he came to Ireland and stayed for a year, aiming to radicalise the Land War. The cornerstone of his doctrine was that increases in land values over time and rising rents were the result of the wider economic environment, not any particular effort on the landlords’ behalf. Landlords, then, did not merit this profit. Instead, George maintained, all rents should be paid as a land value tax for the common good, collected by the state. For this system to work, in George’s vision, land could not be privately owned. Rather, people would occupy it with secure tenure for their lifetimes. In this way, he declared: “The dogs in the manger who are now holding so much land they have no use for, in order to extract a high price from those who do want to use it, would be at once choked off.”

George’s ideas were warmly received in the Glasgow Ladies’ Land League and the men’s league, championed by Ellen Quigley and the Land Leaguers John Ferguson, Richard McGhee and Edward McHugh. George himself grew increasingly interested in land reform and rent in Scotland. In The Irish World he called on the Irish of ‘Dundee and Paisley and Glasgow [to] go out in delegations amongst those oppressed Scotchmen, and impress upon them that their cause is our cause.’ This call was taken up by Edward McHugh, who had emigrated from Tyrone to Greenock as a child with his family, possibly the result of an eviction. McHugh became an important figure in the Irish Land League, but also helped organise a crofters’ agitation on the Isle of Skye with the highland radical John Murdoch. This led to Scottish pro-landlord commentators to depict him as a ‘troublesome agitator’ and to claim he was spreading ‘Fenianism.’

In 1884, McHugh organised George’s tour of Scotland. Ellen Quigley and McHugh began a relationship and married in 1885, and they named their first child Henry George McHugh. In the 1890s, they moved temporarily to New York where they again joined forces with George, and with Marguerite Moore, in support of rent reform and George’s second push for mayor of New York in 1897. Years later, a Ladies’ Land League was established on the island of Barra, and the name likely inspiration from Quigley and McHugh.

A sad end
When the Land War calmed in Ireland in the summer of 1882, the Ladies’ Land League came to an end. When Charles Stewart Parnell was released from prison he sought to establish firm control over the agitation and marginalised the women, in part because he considered them to be too radical. This led to acrimonious division between Anna Parnell and her brother, and they never spoke again. Charles Stewart Parnell also opposed George’s radical vision of land reform, instead supporting the moderate solution where Irish tenant farmers would gradually buy out their holdings from their landlords.

The Ladies’ Land League branches in Glasgow and elsewhere in Scotland lasted little over one year, but they represented an important chapter in the advance of migrant women’s activism, and in solidarity between Irish and Scottish reformers and anti-rent campaigners. Ellen Quigley, Lizzie Connolly and fellow members of the Glasgow Ladies’ Land League mixed social activism, feminism and nationalism together and in doing so provided an important precedent, and inspiration, for the later activism of Margaret Skinnider and others during the revolutionary years of 1912-1923. Their history also reveals the ways in which campaigns for affordable rents today are based in a long tradition.