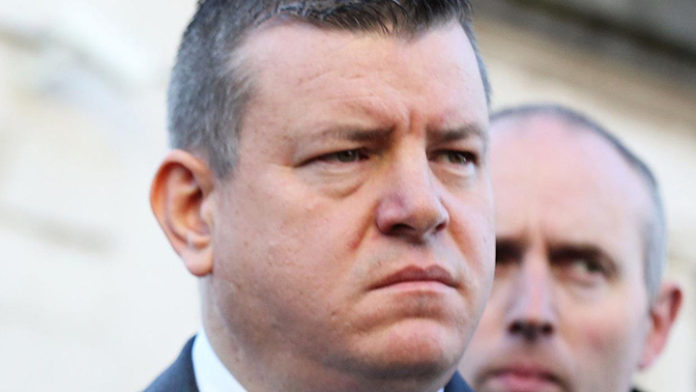 BELFAST solicitor Niall Murphy has taken a huge step towards recovery as he is moved from intensive care.

The human rights lawyer was taken ill following a trip to America, and after being admitted to hospital the 43-year-old father of three was put into a medically-induced coma and placed on a ventilator.

In his fight for justice for many victims of violence in the north of Ireland he has represented victims and their families in a range of high-profile cases, including the families of those killed in the Loughinisland Massacre, and give his tenacity and stubbornness in those cases it has come as no surprise to his many well-wishers that he has overcome the threat to his health.

Speaking of the news that Mr Murphy has been removed from the ICU—during the process of which he was applauded by the staff who have worked so hard to save him—his partner at the KRW law firm Kevin Winters spoke about the extent of the impact on his family and supporters, particularly as it came on Good Friday.

“Hearing news of his transfer out of ICU has been seismic for Niall’s family,” he said. “The timing of the move coming as it did on Good Friday is both life-affirming and poignant. Watching the video of Niall being clapped and cheered by all the medical staff as he leaves ICU is truly inspirational and a defiantly iconic moment during this hellish crisis.”

Also well known for his love and support for Gaelic games, the news of the first part of Mr Murphy’s recovery was welcomed by Antrim GAA, who said simply: “Great to see Niall Murphy is out of ICU. All the prayers are working.”

Mr Murphy will now continue to be cared for in hospital as he continues his recovery in the hope of being welcomed home by his family soon.