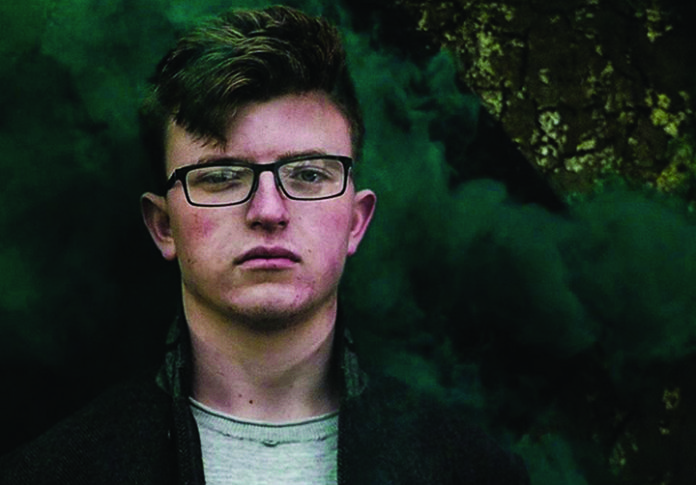 AIRDRIE fiddler Benedict Morris was crowned BBC Radio Scotland Young Traditional Musician of the Year following a dazzling performance in the final of the competition which has become the jewel in the crown of Glasgow’s Celtic Connections festival.

Benedict (above), who was featured in the January edition of The Irish Voice alongside Coatbridge flautist Sarah Markey, learned to play the fiddle from a young age through the St Patrick’s branch of Comhaltas which is based in Coatbridge. Having been a teacher with the branch in recent years, he has combined his study of classical violin at the Royal Conservatoire of Scotland with life as a professional trad musician and his career has been on an upward trajectory for some time.

Having toured extensively throughout Europe and starred alongside Irish Dance supremo David Geaney in the critically acclaimed show Velocity, there was no doubting Benedict’s experience, but the mixture of control, energy, and technical wizardry made him the judges’ standout performer in front of a full house in Glasgow’s City Halls.

Sharon Mair of BBC Radio Scotland said: “It was an exceptionally difficult decision for our judges—all of our finalists this year were simply superb. Benedict however, particularly stood out.”

The competition itself provides a huge challenge for the finalists, not only dealing with the event being broadcast live on BBC Radio Scotland and shown a day later on BBC Alba, each finalist performs alongside the ‘House Band,’ which is managed under strict conditions.

“We had two hours of rehearsals the two days leading up to the final,” a somewhat bewildered Benedict said following the final. “It doesn’t seem a lot, but the accompanists are brilliant and did an amazing job. You never expect to win, so when my name was called out as the winner I couldn’t believe it, I didn’t know what to do, it was an amazing feeling and it’s something I’ll remember for the rest of my life.”

It is noteworthy that Benedict has been the third musician in the past six years to lift the Young Musician title playing Irish music, following in the footsteps of Mohsen Amini in 2016 and myself in 2013. It certainly goes to show that the ‘Glasgow Irish’ musical genre is a vibrant and valued tradition within the wider trad landscape in Scotland and it also goes to show the standard of musicianship within it.

As winner of the competition, Benedict will be the recipient of several high profile opportunities with the BBC including the Scots Trad Music Awards in December, stints on BBC Radio Scotland throughout the year, a recording session with BBC Scotland and a slot at this summer’s HebCelt festival in Stornoway.

“I can’t wait to play at HebCelt,” Benedict said. “I was lucky to be up there a few years ago, and so excited to be back!”

The prizes listed are really only the tip of the iceberg, with the prestige of the competition and the interest shown in it, there will be many more opportunities arising, and it’s a title that can never be taken away. Literally overnight, Benedict has gone from being known in fairly niche circles as a great musician to becoming a household name.

So what can we expect to see from this newly crowned fiddler in the coming months and years?

“I recently recorded an album with guitarist Cormac Crummey called Wavelength and I hope this award will help in allowing us to bring this music to as many people as possible,” Benedict said “I’m also very lucky to be playing with five times World-Champion dancer David Geaney working on his Velocity show and a new show coming soon.”

The plan seems to be working out well for Benedict who has also recorded two tracks with award winning musicians Ryan Murphy and Pablo Lafuente and he has diversified in what he does, meaning his musical will hopefully have a wide appeal going forward.

Another project Benedict has already started working on is a series of videos, to be posted on his social media pages, which feature a range of different accompanists. The idea is to shine a light on their varying techniques and styles and the influence that these have on his playing. This is a unique take on the role of the accompanist and is something that Benedict has much experience of through his exploits in both the traditional and classical worlds.

You can check out Benedict’s title winning performance on the BBC Radio Scotland website, and of course you will see plenty of him in the rest of the year and beyond.