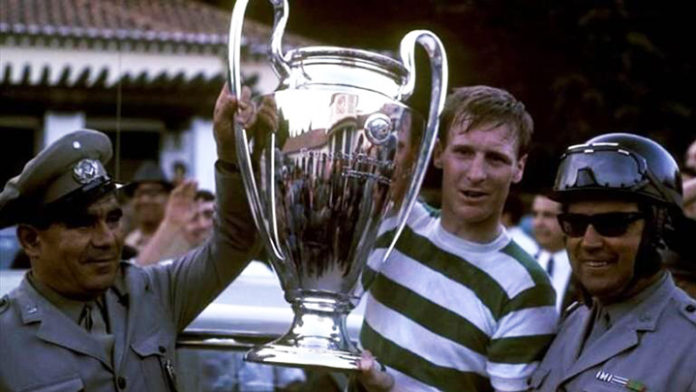 UTILISING Zoom conferencing technology and adhering to social distancing guidelines, the Bellshill and Mossend-based Billy McNeill Commemoration Committee, met recently to discuss recent events around their fundraising to build a permanent memorial to the legendary Captain of Celtic FC.

Billy McNeill’s anniversary is due shortly on April 22 and the committee were mindful of the tragic death of Billy’s grandson, Matthew McCombe RIP. The committee offered prayers and condolences were on behalf of everyone to Matthew’s family.

Joe McShane informed the meeting plans were ahead of schedule in terms of funding and progress of the works.

“The groundworks contractor is under contract; the statue has been ordered and the associated stone tablets have been agreed with the supplier,” he said. “Despite fundraising being temporarily impeded due to the lockdown, the committee plans on unveiling our statue in May 2021.”

Indeed, such has been the response of the local community to the idea of a lasting memorial that the committee has decided to register as a charity so that it can continue to raise funds in Billy’s name and use the funds to donate to dementia charities and local sporting initiatives.

Unfortunately, the committee recently lost its President, Mick Cassidy—a Celtic stalwart all his life. Mick—a friend of the McNeill family—confided in Will Markey, the committee’s Vice Chairperson, that his greatest wish was to see a statue of Billy erected in his home town and to see ‘Ten in a row.’ The statue that will be erected in May 2021, therefore, will stand as a fitting tribute to Billy (above) and Mick. Joe has also communicating with the North American Federation of Celtic Supporters Clubs (NAFCSC), to formally highlight the appeal in the US and Canada.

A report was delivered by committee Treasurer, James Dillon, demonstrating how far the project has come in a short period of time.

“The fundraising has been exceptional and is a consequence of a sustained and targeted campaign on our social media platforms and outstanding coverage from especially The Irish Voice, he said. “If we raise a further £10,000 we will have realised our 70K target.”

Social committee member, Kevin Maguire, added: “All scheduled social events have been postponed rather than cancelled and we remain positive and focused on realising our goals in the coming period.”