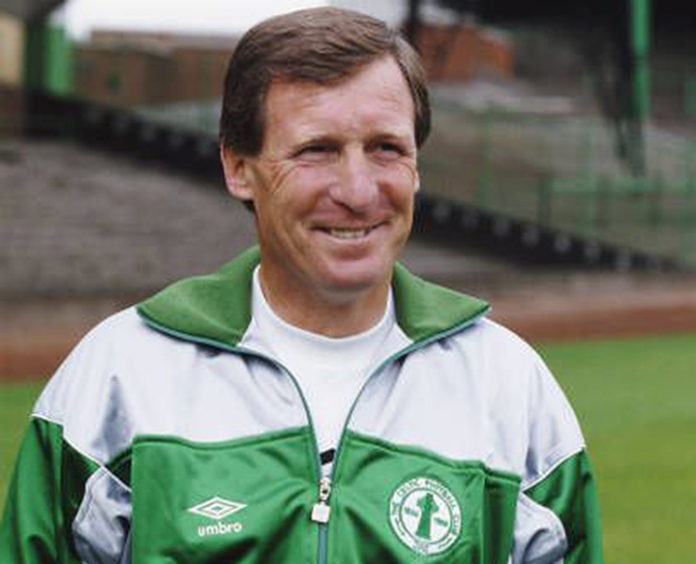 THE Billy McNeill Commemoration Committee have launched the latest effort in their ambitious fundraising campaign as they seek the final £10,000 required to help their reach their target to install a memorial to the European Cup winning Celtic captain.

The local effort in Bellshill and Mossend has received support from within their community, but have also benefitted from the generosity of donors for further afield, with the Irish community at the heart of the efforts.

Now the committee have announced that a highly-prized piece of Celtic memorabilia will be raffled off following the donation of the Official Celtic Opus by Frank Hannaway of the Celtic Graves Society.

‘Cesar’s Timbola’ will give Celtic supporters the opportunity to get their hands on the treasured and definitive history of the club, with tickets being sold ahead of the draw on July 17, which will be broadcast live on Facebook.

“Signed by all surviving members of the Lisbon Lions, the giant volume tells the inside story of Celtic FC from its foundation in 1888, via Jock Stein’s heroes of 1967, to the modern-day successes of Martin O’Neill and Gordon Strachan,” committee member, Frank Devine, said. “This is no ordinary tome. Fours four years in the making, weighs 40kg, is half a metre square and costing an eye-watering £1967, this monumental publication takes the viewer on a journey way beyond the scope of previous history books on the club. An array of brilliant writers, photographers, illustrators, artists (and even dancers), writing on every aspect of the club, including from Professor Tom Devine, composer James McMillan, writers Hugh and William McIlvanney and world-famous photographer of both The Beatles and Celtic FC, Harry Benson. combine to highlight the key strands of the club’s DNA which make Celtic a unique football institution.

“The Billy McNeill Commemoration Committee hope that as many people as possible purchase tickets for this unique work of art. By doing so, we ensure ownership of the McNeil statue at Bellshill is spread as far as is possible among the Celtic family—by purchasing a ticket for the Official Celtic Opus ‘Cesar’s Timbola’ you will be playing your part in building a lasting memorial to the legendary Billy McNeill.

“In May 2021, not only will Celtic FC celebrate the 54th anniversary of the Lisbon Lions, and hopefully a record breaking ten Scottish League Championship Titles in a row, but Bellshill and Mossend will celebrate the unveiling of a statue to a local boy who made history by becoming the first player outside of Spain, Portugal and Italy to lift the coveted European Cup: Billy McNeill of Celtic FC.”

In the reference field please supply e-mail address (must be 18 characters
or less). Alternatively, just put your name in the reference field and e-mail: dillonjimmer69@outlook.com  This is required so the committee can e-mail or text with Timbolla number and have a method of contacting you if you are the winner