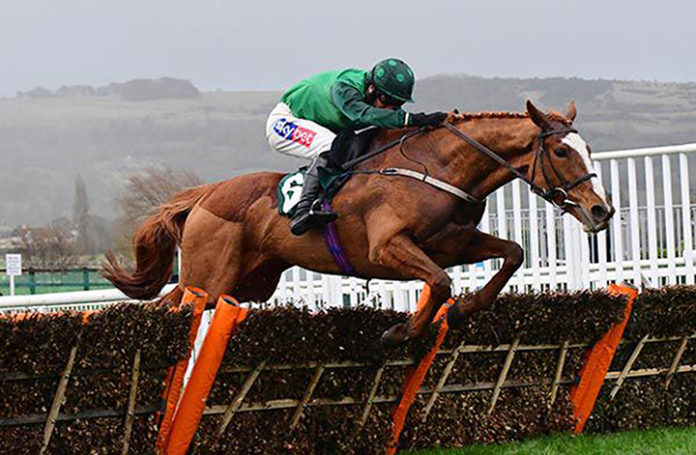 WELL Willie Mullins is on his way to becoming the Champion Trainer once again after having a great run with 16 winners over the Christmas period, including Concertista (above)—winner of the Mares Novice Hurdle at Cheltenham last year—who won the Grade 3 Mares Hurdle at Leopardstown, making it two wins out of two this year. It was a very impressive win as the pace was extremely fast and I’m sure she will go back to the Mares Hurdle again at Cheltenham in the spring.

There were Grade 1 victories for Sharjah and Monkfish as well, so I don’t see Mullins getting knocked off his perch any time soon. His competitive nature drives him on. In 2017 and 2018 when Gordon Elliott pushed him all the way, he still came out on top after most notably after a good finish to the Punchestown Festival in 2018.

Hopefully the Cheltenham Festival and the Punchestown Festival will take place and we hope and pray that the pandemic eases its grip so we can get back to a near normal racing scene with fans in attendance. If not, hopefully the festivals will still take place as these are the races and horses that we want to see.

As we went to press, there had been an update in terms of travelling between Ireland and the UK, with the travel ban to the latter having been lifted. So it looks like the horses chosen for the big races at Cheltenham will be able to take part as long as there’s no problems with the new Brexit laws that have come into force. Between that and the Covid-19 pandemic, it’s hard to decide which is the bigger headache.

As it stands, Mullins is the most successful trainer in the history of Cheltenham with 72 winners and he said he is planning to take a full team over with him. The County Carlow trainer saddled seven winners from 56 runners last year and is confident of running a similar number this year. He’s staying positive and said that there’s no problem until something presents itself as a problem. If all goes well for him, he could see many winners this year. There will definitely be some Irish winners that’s for sure!

Al Boum Photo, who has won the Gold Cup at Cheltenham for the last two years, has been under fire from the UK press recently, but I think Mullins knows the horse better than anyone and if he gets there, I’m sure he’ll do well. A Plus Tard and Minella Indo are the other Irish horses in the race. I don’t think the English horses are very good at the moment, so I’d wager the winner will come from either Mullins’ or Henry De Bromhead’s stables.