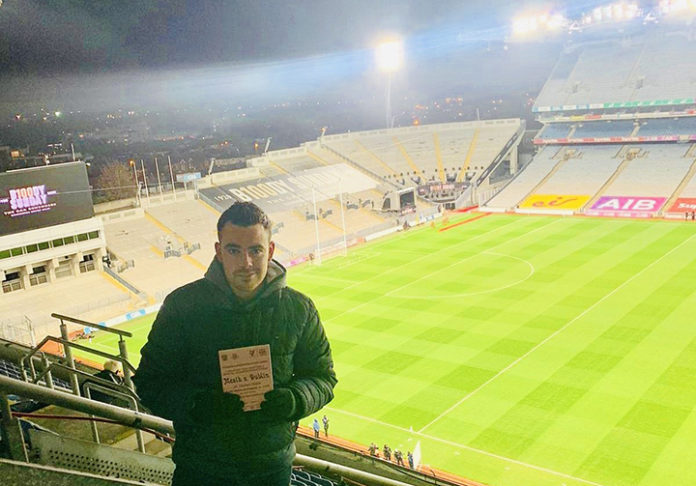 EVEN in the most extraordinary of years, there are three things still assured in life—death, taxes and Dublin capturing the Sam Maguire. Granted at the start of 2020 not too many people would have predicted they would do it just six days before Christmas, but as I have mentioned already, this was no ordinary year.

Achieving an unparalleled six-in-a-row is a truly magnificent achievement, however with the constant debate about funding and the somewhat diluted hype due to the timing and subdued celebrations, it has partly taken away from what is a remarkable feat. I am a passionate Meath man and would be one of the first to call for a more level playing field in terms of the allocation of funding across the country, but you still must pay homage to what is simply the greatest team to ever grace the game.

They have transformed the game with their superior fitness, power, athleticism and, above all else, professionalism and the success has followed. The team they defeated in the decider—Mayo—have so often been the bridesmaid but never the bride, but once again they gave a superb account of themselves.

James Horan’s men suffered relegation to Division 2 of the league back in November and I think it is fair to say not too many people would have fancied them to get an All-Ireland Final, not to mention picking up a Connaught Championship along the way, but that is exactly what they did.

Unfortunately for the Mayo men, it was once again a tale of what could have been, having put themselves in such a strong position courtesy of the excellence of talisman Cillian O’Connor. Dublin’s ability to turn the screw in the third quarter of games pitted with their unrivalled substitutes was once again the tide turner.

This was undoubtedly the Dubs’ toughest assignment, but they still ran out rather comfortable winners. What is more was the mismatch in the respective semi-finals where the pair disposed of Tipperary and Cavan with consummate ease. You could argue the point that both the Ulster and Munster Champions were in bonus territory having surprised several big guns along the way and I would agree with that statement, but there is no denying the margin of the semi-finals suggests there is a bigger problem at play.

All of that aside, it was a pleasure to have an Intercounty season albeit unique and unusual for which the GAA, players and management deserve immense credit for. They provided typically fantastic entertainment in the most extremely difficult of circumstances and shortened the dullest of winters for all who tuned in from start to finish.

If the football was predictable, you would have to say the hurling followed a similar trend with Limerick taking possession of the Liam McCarthy after a relatively comfortable victory over a gallant Waterford side in the final. The Déise enjoyed a fairytale 2020 culminating in an All-Ireland Final, but there was no dream ending as Limerick celebrated with the Cranberries’ classic Dreams playing in the background once again.

John Kiely’s men are fast becoming the hurling equivalent of Dublin with their superior pace, power, precision, and strength-in-depth as illustrated by the size of their backroom staff with a list as long as your right arm. They are a side now that have tasted success, are clearly focused on dominated the game and with the age profile of the team and talent coming through the underage ranks, they have the capability to achieve this.

With the split season once again going to be deployed in 2021, the focus will remain with Intercounty until the end of July. As a club player, I would be fully in favour of this as it allows club players a later start for their respective league and cup games in late February/ early March and a clearly defined Club Championship period from late July onwards. It also guarantees club managers, the full availability of county stars with the earlier than usual All-Ireland Summer Series.

After a brief rest, Intercounty players will again report for duty from the middle of January with the view to league football and hurling commencing towards the end of February—albeit in split groups to condense the season. Realistically the hope is that crowds will be able to return the venues across the country at some stage during the league in time for Championship football with brighter days ahead no doubt.

Having been one of the fortunate few that could attend the latter stages of the league and Championship games for Meath, I can testify that it just simply is not the same without the colour, noise and passion that supporters bring to our beautiful game. Here’s hoping for a better, brighter, and drama-filled 2021 All-Ireland Championship!