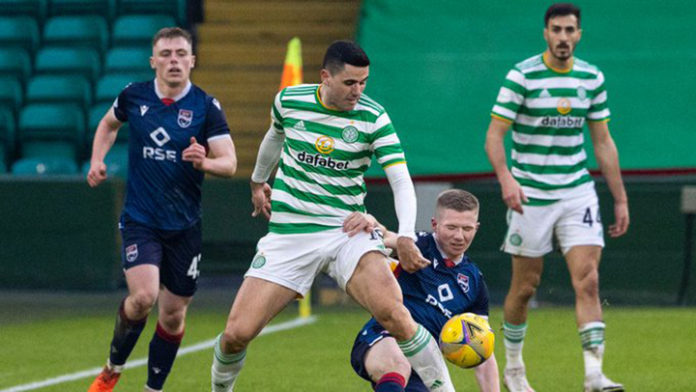 Every Celtic fan knew that the day would dawn when their dominance faltered and their unchallenged position at the pinnacle of Scottish football would come to an end. Supporters have been mentally prepared for the reality that just as they saw their side roaring back in from the relative wilderness to then go on a nine-year trophy binge, so too would Celtic one day start to fall below those standards which have been set.

What must come as a total shock to the supporters, however, is the pathetic nature of the performances offered up by the players at the club, who have now placed a black mark against each of their names and records in the green and white hoops.

The attention both from many supporters and the media has focused almost exclusively on the manager, and while there can be no real justification or defence mounted for Neil Lennon at this stage—who now stands beleaguered and alone as he is subject to reactions from some Celtic supporters which will surely make them cringe during cooler moments in future years—the reality remains that this group of players have downed tools and demonstrated a spineless streak which has been such a sudden and startling display of cowardice that it almost takes your breath away.

The Irishman has clearly failed, among other deficiencies, to motivate them and coax performances out of them this season, and such a failure in a manager is normally—and expectedly—fatal.

There is also the very real possibility, however, that these players do not want to be motivated, that they are actually resisting the opportunities to spark to life.

Missing motivation
For Celtic fans, the chance to pull on the Celtic jersey is not viewed as a job. It is an honour, and it brings with it responsibilities as well as certain rights. The right of a Celtic player to be supported and backed, the responsibility to represent those in the stands to the best your ability. That said, it is a job for the players themselves, and one for which they are handsomely compensated in their pay packets. Whether a manager motivates them or not, they receive a different kind of motivation directly into their bank accounts.

In a season in which Celtic supporters have forked out hundreds of pounds, which many can ill-afford in this time of economic and political uncertainty, for an activity that they cannot participate in, many of those supporters will rightly wonder if there can have been any justification now for that spending.

An unquestioning show of support was given financially to this squad of players, and it has been received without thanks or the slightest attempt to hold up their end of the bargain which was created by it. It has been a show of craven selfishness.

Good will and cold hard cash have flowed in one direction and very little has been given in return, beyond a series of catastrophes—which started long before the yellow-bellied and dismal exit from the Scottish League Cup at the hands of Ross County (above)—and a determined effort with each passing week to pick up the shovel and keep digging in an attempt to discover just what rock bottom really is.

Jock Stein’s view of instructing and utilising his players was that it was wrong to ever ask a player to do something which he was not capable of and, in this respect at least, Lennon has done the same. None of the players have been asked by their manager to do anything which they are incapable of. They are the reigning champions, strengthened during the summer months, who were simply being asked to play to their own standard for another season. The anger within the Celtic support is not because the club has lost some matches, but because they have excused themselves from the final thrust to win ten league championships in a row.

Having come this far this, they have simply rolled over and played possum. Such a miserable display of inadequacy has exhausted the reserves of the supporters, who have seen their belief in a team of champions evaporate over a period of weeks, chipped away by each failure and false dawn.

Long after this group of players have left Celtic, long after disgruntled players have finally negotiated the moves they feel their talents deserve, when those same supporters they have insulted by their lamentable endeavours are still in the stands urging Celtic on, the records they have set over this last month will still stand as a monument to their attempt at surrender.

A bitter pill to swallow
Celtic Football Club was built to be a great thing. It has sustained our community, in particular since its earliest days, and by the efforts of others it has been built up to a position in which it is able to make millionaires of these young men, give them medals and glory and launch their careers onto other planes. In these recent weeks, however, it has become a plaything for the whim of these same footballers, who by their dereliction of their responsibilities in a season which should be the defining one for whole generations of supporters have enacted a betrayal which is beneath contempt.

The most galling thing of all is that none of this is irretrievable, and should they decide that a new face in the dugout is more worthy of their efforts, they will no doubt consider this episode a mere speed bump along the road. It is more than that. It is cowardice, entitlement, ignorance and arrogance, all rolled into one very bitter pill which it is now the sorry burden of the Celtic support to swallow. For those running the club, the inaction and inertia displayed has now reached the point of pigheadedness in their bullish disregard for the opportunities for change which have been presented along the way on the wretched journey of season 2020/21.