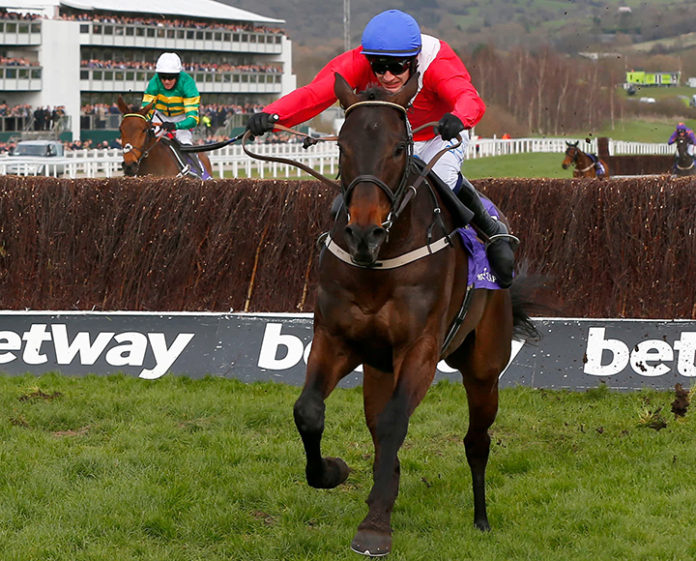 WELL hopefully the Dublin Racing Festival goes ahead at Leopardstown in the first weekend in February as ITV4 are going to showcase the second afternoon of the festival, on the Sunday, in an additional three-hour programme. The Paddy Power Irish Gold Cup is expected be the best race on the card.

There are also four important races taking place at the Cheltenham Festival Trials in Musselburgh. Hopefully there are no weather problems as the last trials two weeks ago were cancelled as a result of the poor conditions. The trainers need to get some runs into their horses, assess them and get them ready for Cheltenham, which begins on March 16, the day before St Patrick’s Day.

Cheltenham Racecourse Chairman, Martin St Quinton, is hoping that they will be able to get some spectators in—approximately 2000 or so—if the pandemic situation improves. Hopefully it will and there will be some people allowed in as Cheltenham without them isn’t the same spectacle. You want to see some punters roaring the winner home.

Trainer Willie Mullins seems to have a live horse for the Ryanair Chase at Cheltenham in Allaho (above), who won the Horse and Jockey Hotel Chase at Thurles recently. He ran really well except for two slight mistakes at the last two fences, but it didn’t stop him, and he galloped on to win well. He’s a really big horse and I’m sure his jumping will improve.

Mullins has another good horse who made it three wins in a row over chases named Colreevy. The mare could go to the Paddy Power Mares Chase at Cheltenham, but she may go to Limerick for a Grade 2 option in the Dawn Run Mares Novices Chase on March 14. Wherever she goes, she’s one to look out for.

With any luck, the Irish horses and stable staff are able to get over to the UK given the restrictions that are in place just now. The staff may have to go early and self-isolate for a time and then isolate again when they return to Ireland.

Will Honeysuckle be trying to maintain her unbeaten record in the Irish Champion Hurdle? Minella Indo could run well in The Irish Gold Cup and then head over to Cheltenham. Chacun Pour Soi could go well in the Dublin Chase and eventually end up winning the Champion Chase for Mullins and owner Rich Ricci at Cheltenham. It’s one of the races the top trainer hasn’t won at Cheltenham so he’ll be hoping that Chacun Pour Soi will help him complete the clean sweep!