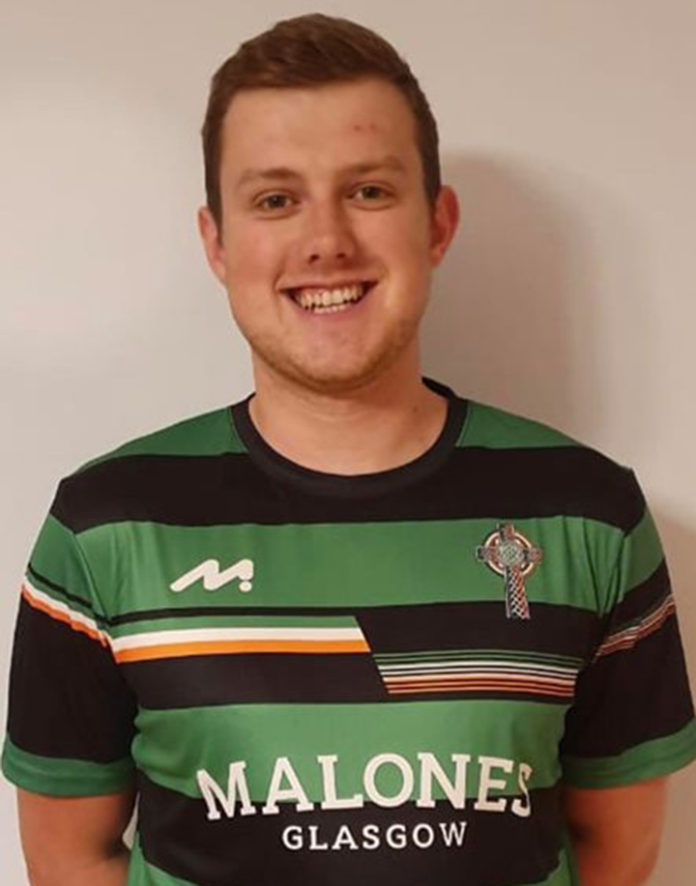 GLASGOW Irish FC were recently made aware that they will compete in the GDSFC Championship Division in the coming season, which provides perhaps a little bit of light at the end of the tunnel with regards to amateur football returning sooner rather than later.

With government advice dictating how and when grass roots football will be able to restart, everyone at the club looks forward to some positive news on this front. Everyone is desperate for a return to action, but only when it is deemed safe enough to do so.

Despite lockdown and the obvious severity of the global pandemic the GIFC Board and Management Team have been very busy in preparation for the forthcoming campaign.

New home and away kits (above) have been chosen and a wave of replica sales has already been dispatched with money from each sale put aside for our charitable contribution to Help The Homeless Glasgow later in the year.

The Board have also been looking at securing Glenconner Park, Royston, for its home games next season which would be a fitting venue given the areas strong ties with the Irish in Glasgow and the club hope there will be encouraging news on this soon.

With running costs going up each year, the difficulties in raising funds for the weekly survival of amateur clubs is proving a hard task indeed and there will be more work required on this as the club goes forward.

Plans for pre season training have been mapped out now for weeks and a recruitment drive for anyone wishing to come and play for Glasgow Irish FC could also see them enhance an already tight knit and competitive squad.

A very encouraging sign for manager Paul Mulgrew and assistant Richard McCabe was the news that every single squad member from last season has made the decision to sign on again, which should provide a real sense of stability going into the new run of fixtures.

The Irish are still hopeful that their annual match versus Edinburgh Harps for The Jason Lyons Memorial Trophy will go ahead whenever pre-season is allowed to kick off.

Anyone wishing to play for GIFC, looking to get involved with coaching or looking to sponsor an area of the club please feel free to contact them on any of their social media pages. Twitter: @glasgowirishfc Facebook: Glasgow Irish FC Instagram: @glasgowirishfc