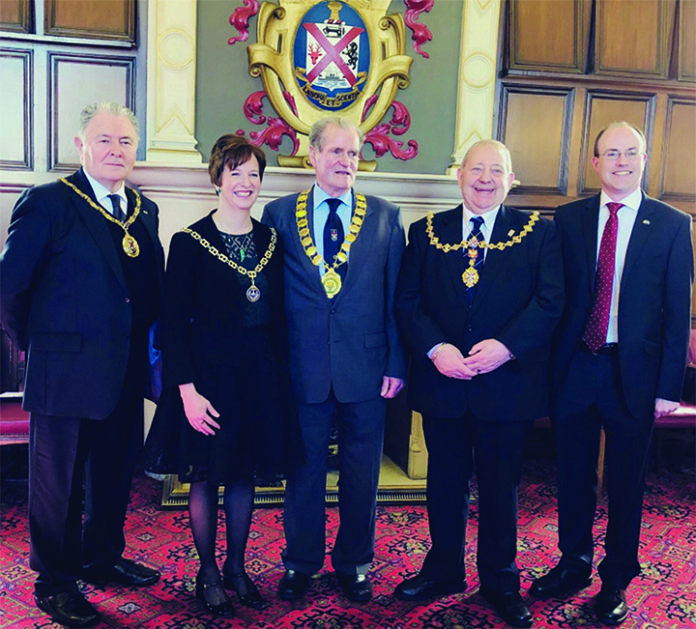 Representatives from Donegal visited Clydebank to sign the new Charter at the end of last month (above) as the two communities look to strengthen links with each other.

West Dumbarton’s Convenor of Culture Bailie Denis Agnew, who spearheaded the move, said: “I am pleased to officially sign the Charter with Letterkenny.

“The signing of this agreement is a clear commitment from both West Dunbartonshire and Letterkenny to raise the profile of our towns and countries.

“Each area has a rich history which will be promoted via tourism; it will also bring educational and cultural benefits to our communities.”

When the agreement was announced in January, Baillie Agnew said: “It’s something I’ve wanted to do for a long time and I’m delighted it is happening given the shared experiences of our people, the strong shared and genetic links.

“While I have been trying to do this for years I am delighted to say that my council colleagues have been very welcoming of this effort, showing great interest and support for this Friendship Agreement.

He added: “All across our council area there are pockets of Irishness—Duntocher, Dumbarton, Whitecrook and indeed all of Clydebank, beginning in the famine years of the mid 19th century and continuing long after that.”

Donegal County Council’s Mayor Ian McGarvey said: “The link between our two regions is of important historical and social significance to both our communities.

“For generations Donegal people travelled to Scotland mainly for work and many remained in Scotland, set up home and raised their families while all the time retaining a strong link and affinity with Donegal.”

He added: “So the signing of this Friendship Charter is a very special occasion for us all and it is an important step forward in recognising and acknowledging our historical ties while at the same looking to future opportunities that will strengthen our educational, sporting, tourism and economic links.”

West Dunbartonshire’s Provost William Hendrie said: “This friendship agreement is an important step in strengthening long established links between the citizens of West Dunbartonshire and the town of Letterkenny in Donegal.

“Clydebank in particular has strong connections throughout Donegal and as Provost it is a privilege to cement our heritage links.”