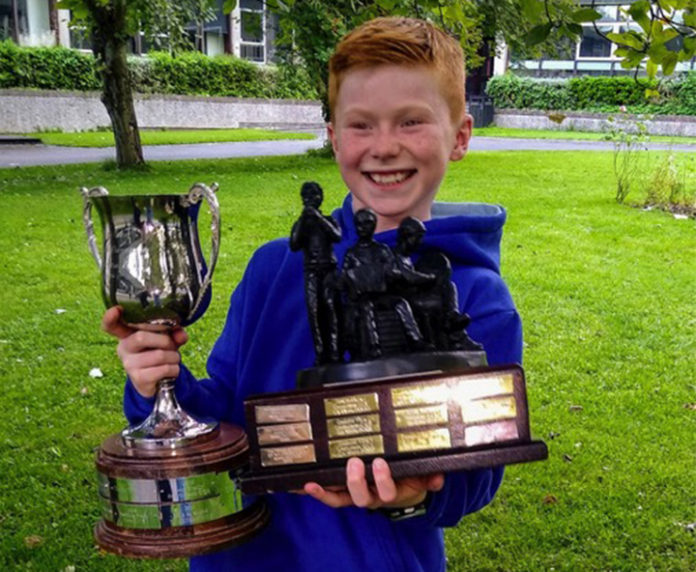 THIS year’s All-Ireland Fleadh in Drogheda broke all records as the rain held back to let Irish culture shine on the east coast of Ireland.

For the fleadh-goers from across the world, the long-term weather forecast was looking bleak at best, with rain being a main feature throughout the 10-day festival. Fortunately, as with Michael Fish back in the 1990s, you should never trust the weatherman. Despite the odd brief shower, there was music and dance all across Drogheda for the whole fleadh.

Opened at a star-studded ceremony on Sunday August 11 by Irish President Michael D Higgins, it was clear the fleadh was going to be busy, as the crowds that gathered for the opening were strewn across neighbouring streets to the gig-rig as there was no space to accommodate everyone in Bolton Square.

Throughout the following week, 600 children took part in the summer school element of the fleadh called Scoil Eigsé, with a strong contingent from Scotland taking part. This summer school offers pupils the opportunity to learn under some of the finest musicians, singers and dancers, and the tunes, moves, technique learned during the week will stand them in good stead going forward.

During the fleadh, there were also a number of concerts and performances across the town. One of the highlights was the RTÉ Concert Orchestra joining forces with Zoe Conway for a performance to a sell-out 2200 crowd in the purpose built ‘Dome,’ the same venue hosting Cherish the Ladies, and Country Music Star Nathan Carter later on in the week.

There was also a fantastic range of entertainment to be found on the Gig-Rig throughout the fleadh, a particular highlight was a Glasgow contingent from St Roch’s Ceili Band headlining the Saturday evening to a packed Bolton Square.

Of course, the fleadh was founded back in 1951 to host traditional competitions, and these competitions remain till this day. Showcasing unique facets of Irish music, song, dance, language and storytelling, tens of thousands of competitors were whittled down throughout the year at qualifying competitions and the lucky few hundred who made it to Drogheda were competing for the title of All Ireland Champions.

A great contingent from Scotland qualified at the All Britain Fleadh in June which was hosted in the market town of Kirkby Lonsdale, and they all did Scotland proud at the fleadh. Many All Ireland medals have now made their way back across the Irish Sea to Scotland, including three firsts and three seconds.

A special mention must go to Myles MacAulay (above) from Irish Minstrels CCÉ who left Drogheda a double All Ireland Champion winning both the Piano Accordion and Accompaniment competition, which is a quite incredible achievement.

It was a record-breaking fleadh, and those records came in the form of the fleadh attendance. In 2018, Drogheda broke the previous record by attracting 500,000 visitors across the duration of the event. This year, they absolutely smashed their record, with official Garda figures putting the total attendance at 750,000. For anyone who spent time at the fleadh, such a large attendance is far from a surprise, and it signals the reach of Irish culture in the modern age.

The fleadh and Comhaltas—the organisation who run it—were founded to promote and preserve Irish culture at a time when they were dwindling. Today it’s no exaggeration to say they’ve exceeded that aim and then some, with Irish traditional music in particular being a big draw for people from all across the world and from every walk of life.

The legacy of the fleadh is always hard to measure, but it can’t be doubted that locally it has already had a huge influence. The local Comhaltas Branch—Drogheda CCÉ—saw their numbers more than double since the fleadh in 2018, and they have already been inundated with enquiries following on from this year’s event. From an area not particularly synomonous with traditional music, they are now boasting numbers higher than areas that would traditionally be strong in Irish culture.

Whilst some will argue over the merits of children busking in the streets, or some of the pubs playing recorded music rather than hosting sessions, it can’t be argued that the crowds who were drawn to Drogheda were led there in the pursuit of Irish music song and dance. That is a great indicator of the strength and appeal of Irish culture, and will probably be quite a daunting thought for the town of Mullingar in Westmeath, who have the honour of hosting the fleadh next year.

It is a town steeped in history of the fleadh, with the very first one being held there in 1951. Few then would have predicted it coming back 69 years later with the best part of a million people. That is now the case, and getting to Mullingar 2020 becomes the aim for the thousands of competitors who begin their fleadh journey once again in the spring.

Prior to the fleadh going to Drogheda in 2018, some said ‘There isn’t any music in the North East of Ireland—why should the fleadh go there?’ Those same dissenting voices are quiet now.