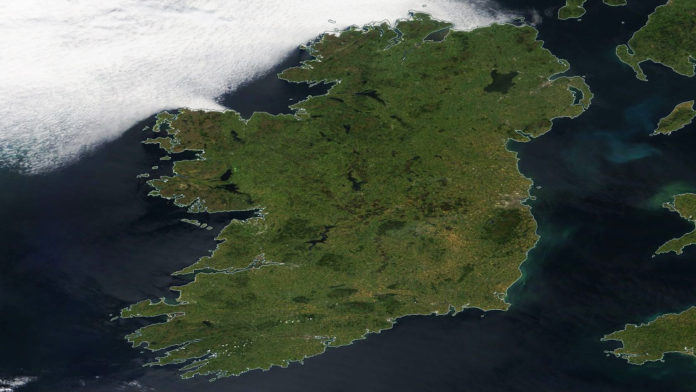 FOR Irish Republicans across the 32 counties and for the majority of the Irish diaspora, a United Ireland has been a long-held desire. Regardless of political, social and economic benefits—the desire has always been there as an emotional one. The six counties of Northern Ireland are stolen territory, they belong to Ireland. It is an injustice, and any country would resist invasion, oppression, cultural suppression and its people being dictated to by a foreign body.

30 years of conflict and the end of the Orange State has now created a more pragmatic and moderate feeling among some northern Nationalists, whilst moderate Unionists are also open to peaceful transition into a united Ireland if there was ever to be benefits from such constitutional change. That time is now.

Brexit has highlighted the impracticalities of partition. Two currencies, two healthcare systems, two travel networks and so on, on such a small island, was already a crime against human progress. However, Brexit has now created so many trade issues with one statelet being in the EU, the other outside. That creates a logistical nightmare and economic disaster. It’s got people talking about Irish unity, including the Ulster Farmers Association.

Covid-19 has also tragically highlighted the need for Ireland to be governed as one unit. The virus doesn’t recognise the border and thus to have different guidelines in place from Derry to Donegal is nonsensical, especially when people cross that invisible border on a daily basis for work. An island wide healthcare approach and system would be extremely beneficial.

The elephant in the room is also changing demographics and public opinion. The next census is delivered in 2021 and it is widely expected that Catholics will be the majority in Northern Ireland. Catholic doesn’t equal Nationalist/Republican, but traditionally those in favour of unity tend to come from an Irish identifying/Catholic background. In addition to this, a poll conducted in September by LucidTalk showed that the majority of young people favour a United Ireland in each age group under 40.

None of this guarantees a vote for Ireland to be united. However, it makes a border poll likely. As the Good Friday Agreement (GFA) recognises, the peaceful pursuit of a united Ireland is a legitimate aspiration and is permitted in the event of a successful border poll in both jurisdictions. We are often told that such a vote would be divisive, but this is akin to a Unionist Veto, which is not recognised in the Principle of Consent aspect of the GFA. Further to this, Irish Republicans are also shunned because there can be no vote on unity without a plan for how a united Ireland would work.

It is a constitutional obligation for the Irish Government to plan for constitutional change and it is the responsible thing to do. Personally, I think that an All Ireland forum should be established to lay out the plans for unity. Unionists don’t aspire to see an end to Northern Ireland, but they should be a part of these discussions as a contingency plan from their point of view. John Hume once said: “It’s about uniting the people, not the soil.” In reality, it’s about both—it’s about political, economic, social and emotional factors, but we must also unite the people of Ireland to make life better and to end the division of the people on the island, carefully fostered by the British Government over the centuries.

There has to be a plan to encompass both traditions, meaning changes to flags, anthems and allowances for cultural celebrations. There must also be crucial planning around political and economic factors such as creating a new national health service. To some extent this type of planning has happened with the EU guaranteeing a 32-county Ireland to entry to the continental body, should the country be united. This takes care of many economic considerations and also answers the question of which currency would be used.

Despite the winds of change and the necessity for preparation, the Taoiseach and leader of Fianna Fáil—the self-proclaimed Republican Party—Michael Martin, ruled out a unity referendum. He did so whilst praising the GFA, which provides the opportunity for such a vote. The Taoiseach also took questions for an hour recently, during which he refused to discuss Irish unity and made it clear that he has no opinion or plan surrounding the issue.

If Republicans are constantly told that there is no plan for a united Ireland when pushing for a border poll, then why is the Irish government not willing to plan? Why is planning not allowed to happen to prepare for a vote and to satisfy as many people as possible if that vote wins?

Sinn Féin may be the lead voice when it comes to calling for an end to partition, but Irish Republicanism and Irish unity is not owned by any political party. It is not for Sinn Féin alone to plan everything as that would be problematic in the event of a border poll success. Civic Nationalism needs to have a say, Civic Unionism, hard line Unionism and the people of the 26 counties.

The blueprint for a new, better nation can be prepared, with island wide infrastructure, travel services and healthcare; alongside respect for identity, protections for Unionists and the issue of dual citizenship being secured.

The Irish Government must accept the reality of change and discuss the clear benefits for of ending partition. They’re failing to do so and it’s a national disgrace.