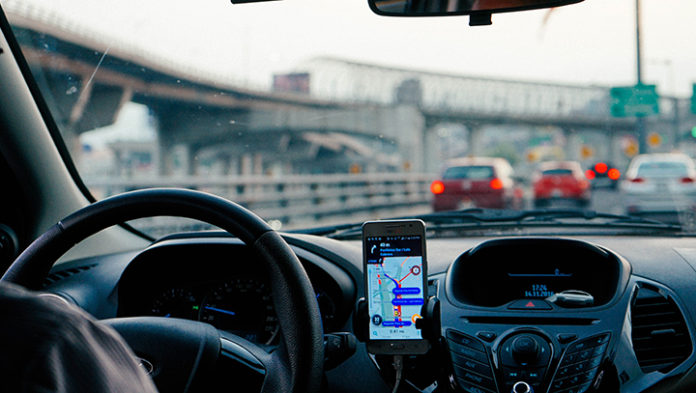 “Amazing,” she said, not bothering to put her glasses on and looking vaguely in the direction of the tiny blue slab I wave at her to look at everything from family pictures to interesting e-mails.

I love the map facility on my phone so much so that when my husband said; “I’ll rig up the Sat Nav in the camper,” I said there was really no need.

I was going to stay with an English friend in Florence Court, a National Trust property near Enniskillen where her—very posh—‘people’ were from so she gets to stay in an apartment there.

“I know where Enniskillen is,” I said, “I’ve been there dozens of times.”

“Even so, you know what you’re like,” he said. “You can turn the volume down. Just have it there, just in case.”

I skimmed the e-mail Katie had sent, which said something about us staying in a different apartment on account of my bringing the kids… blah-blah… her cousins Lord and Lady something-or-other, then called out the address on the end to Niall which he typed in to the complicated black box.

The electronic voice started before I left our drive: “Turn left in 20 metres, then, turn right in 200 metres,” at the end of our road.

This is going to drive me mad, I thought, so I turned the volume down and enjoyed the sunny drive to Sligo with the two boys snoozing in the back. However, the Sat Nav was winking away at me, trying to communicate so when I reached Sligo town, out of a mixture of curiosity and guilt, I turned it on again.

“Turn left in one hundred metres,” the box was saying. “Eh? But I’m already on the Enniskillen road?” I thought.

“Turn left now,” the voice said with, I imagined, a slight inflection of urgency.

So I did that. Even though I knew I was already on the right road. Even though the road they were guiding me up was a narrow, country road.

“Turn right in 200 metres,” straight over a hedge and into the sea, they urged me. When I didn’t do that, they instructed me to do a U-turn, on a narrow, winding road. I did take their advice on that and got back into Sligo.

By this time I was confused and no longer trusted either my own judgement or the Sat Nav. So I followed its instructions round and round the outskirts of Sligo until, eventually, we got back on the road I was familiar with as the right road in the first place. I should have turned it off then and consulted a map, but I didn’t have one. So I switched on the map facility on my iPhone that has a little blue pulsating button that tells you exactly where you are in the whole scenario. I also left the Sat Nav on. Our dysfunctional relationship now in full swing, I mistrusted the machine, but nonetheless suspected it knew more than it was letting on and wanted to keep it on side.

It all went horribly wrong on the border. In Belcoo the plentiful signs for Florence Court (this was The North where they have road signs) clashed wildly with the Sat Nav. I followed the road signs and turned the hateful, lying slab off—feeling angry with it, but somewhat vindicated that I was right and it was wrong.

The National Trust manager in Florence Court was very nice, but she had no idea who I was or what I was doing there. I checked my friend’s e-mail and discovered that we were not staying there at all but that her cousin’s house was in another place altogether. A place which the Sat Nav had been repeatedly guiding me towards. However, by this time there was no way I was going to listen to it again, so I switched on my phone.

For the next hour I drove round and around the back roads of Fermanagh as my iPhone map went in and out of coverage and the blue ‘you are here’ dot zoomed in and up the route in the right/wrong directions. In the end, back in Belcoo for the umpteenth time, I stopped and asked a very nice man the way to where I was going. He gave me clear instructions, which I followed, and with the phone off and the Sat Nav unplugged and buried in the glove compartment, I was there with a cup of tea in my hand inside in less than 15 minutes. Never again!