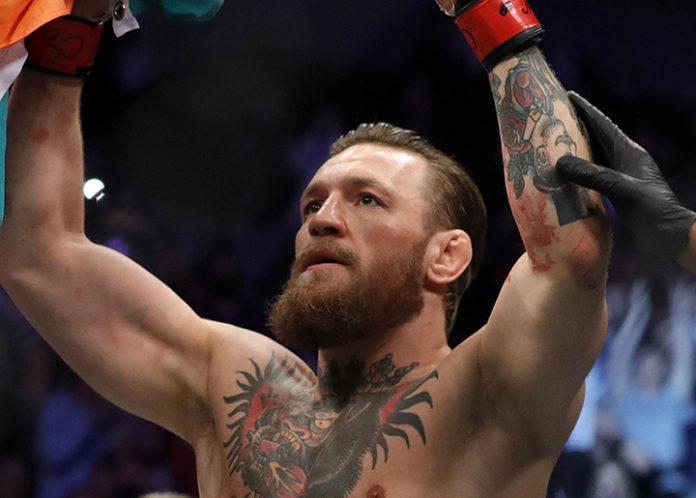 Mick Kane
JUST over a year since he last competed, Conor McGregor (above) makes his UFC return on January 24 on Fight Island in Abu Dhabi.
Last year, McGregor steam-rolled through veteran fighter Donald Cerrone winning by a 40 second first round knock out. He can expect a tougher night this year.
Standing opposite McGregor will be his former opponent Dustin Poirier. While McGregor has fought Floyd Mayweather and retired on several occasions, Poirier has been grafting away and building a good resume inside the cage.
Since Poirier’s loss to McGregor in 2014 has fought 13 times with only two defeats, one of which was against world champion Khabib Nurmagomedov. He has beaten three former world champions, Max Holloway, Eddie Alvarez and Anthony Pettis as well as a couple of fight of the year contenders, when he beat Dan Hooker and Justin Gaethje. Poirier is now a much more formidable opponent for McGregor.
The Dubliner, McGregor, has fought eight times since the last fight, the bulk of which were in a two-year period when he was crowned ‘the champ, champ,’ holding simultaneously the featherweight and lightweight titles. Since 2016, McGregor has fought twice in the UFC and once in boxing. Time will tell how his inactivity will affect his performance against a fighter who not only remains active throughout the years but is a pressure fighter who can land and take some big hits.
It was expected McGregor was going to compete three times last year, but then the pandemic hit. He then announced his retirement after another disagreement with UFC supremo Dana White. McGregor brought MMA and the UFC more into the spotlight, especially here in Europe and any fight he is involved in will do good PPV numbers.
The UFC has found new stars to replace McGregor, none more so than his nemesis and, as yet, still champion Khabib Nurmagomedov, who retired after his most recent fight. Dana White is desperate for the Russian to return however you have a sense Khabib is a man of his word and he promised his mother he would retire after his last fight, his first since his late father—who was also his coach—died.
It’s a tough return for McGregor, is he as focused as he was on his rise to the top? Already he has discussed a return to boxing. Will he last the pace against the endurable Poirier? I can’t wait to find out.