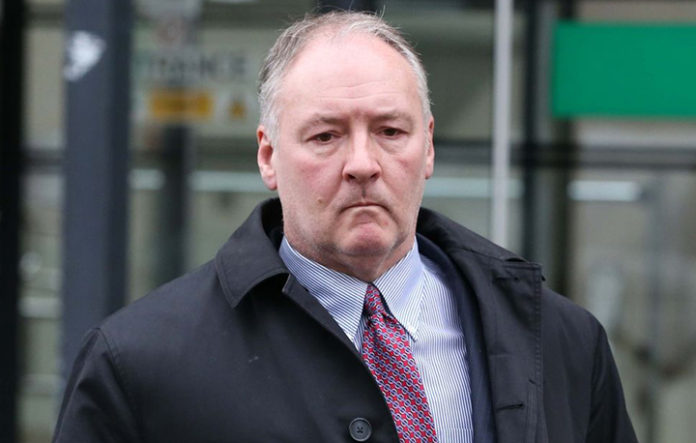 MORE inquests have been held at Birmingham and Solihull coroners court into the deaths of three women who were patients of Ian Paterson; Christine Gould, Lindsey Phipps and Judith Bruce.

Cancer was recorded on each of the women’s death certificate as cause of death, but there is evidence to suspect they died from unnatural causes.

This follows prior inquests which began on July 6 into Deborah Hynes, Yvonne Gordan, Shonagh Gough and Marie Pofield.

The inquests into the deaths are part of the random sample of Paterson’s breast cancer patients that West Midlands police asked Birmingham and Solihull coroner Louise Hunt to look into.

The Scottish-born surgeon (above) grew up in Bangor in County Down before moving to the UK where he studied medicine in Bristol.

Paterson moved to the West Midlands where he would carry out unsafe procedures. He was suspended from Good Hope Hospital in 1996 after exposing a patient to harm in an operation.

An independent inquiry, chaired by Rt Rev Graham James published a report in February which found Paterson carried out more than 1000 unnecessary procedures across the West Midlands in the Heart of England NHS Foundation Trust and the Spire Hospitals in Solihull and Little Aston.

The report examined the ‘poor behaviour and a culture of avoidance and denial’ and the ‘wilful blindness’ which allowed Paterson to ‘hide in plain sight.’

The vast majority of Paterson’s victims were women who had found lumps in their breasts. Paterson carried out needless operations removing the tissue in an operation he coined as a ‘cleavage-sparing masectomy’. He often exaggerated or invented cancer risks and operated on women thereupon after.

He was convicted in 2017 for wounding with intent and sentenced to 15 years in prison. Later that year his sentence was increased to 20 years which he is currently serving. In September 2017, 750 of his victims received compensation.