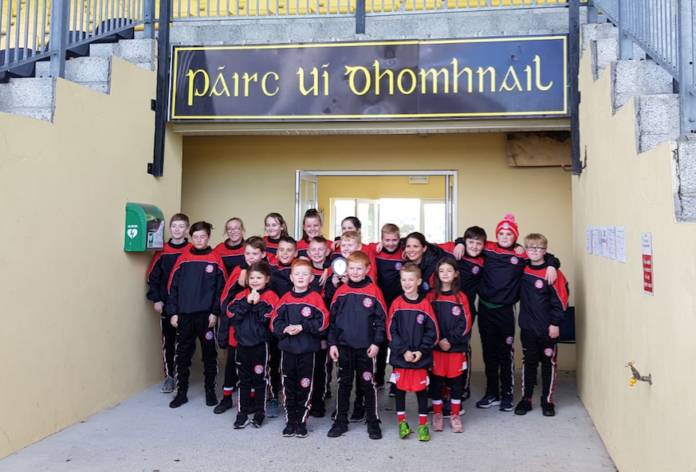 THE long-established link between the Irish community in West Dunbartonshire and Donegal is set to be honoured with a Friendship Agreement signed between the local council and their counterparts at Donegal County Council.

Across the council area there are concentrations of the Irish community—such as in Dumbarton, Duntocher and Renton—and the Friendship Agreement aims to formalise this link, but there will be a particular focus on the town of Clydebank and its link through waves of migration with the town of Letterkenny. The move was spearheaded by Bailie Denis Agnew—a former Provost and Council Leader (above)—who has long wanted to build such a link at council level. West Dunbartonshire Council will now produce the content of the Friendship Agreement, which will be placed onto a ceremonial scroll and signed by both councils, after Donegal County Council agreed unanimously to approve the link.

“It’s tremendous to have this link with West Dunbartonshire and Donegal, and we are so pleased that it was unanimously agreed,” Mr Agnew said. “I’m a bit ashamed as a Bankie that we haven’t pursued this before. It’s something I’ve wanted to do for a long time and I’m delighted it is happening given the shared experiences of our people, the strong shared and genetic links. These are long and strong links between the areas, and it’s never too late for an endeavour like this.

“While I have been trying to do this for years I am delighted to say that my council colleagues have been very welcoming of this effort, showing great interest and support for this Friendship Agreement.”

The official link between West Dunbartonshire and Donegal comes at a time when Scotland prepares to leave a political union with Ireland through the European Union, and Mr Agnew (above) also hopes that this link will help reinforce the closeness felt by people and families in the two regions.

“The council is meeting to produce the friendship agreement which will be used on a scroll and signed by both parties confirming their commitment in friendship,” Mr Agnew continued. “Hopefully this can lead to consolidated twining in the future. It will have a great benefit educationally and culturally, and of course we will support economic links between the two areas

“We are excited to focus on our Irish heritage in West Dunbartonshire. All across our council area there are pockets of Irishness—Duntocher, Dumbarton, Whitecrook and indeed all of Clydebank, beginning in the famine years of the mid 19th century and continuing long after that.

“The whole move towards Brexit was in my mind a skewed, singular, narrow-minded move by people who are anti-European in their DNA, and while I am still saddened by that decision I know that in this and other ways we can maintain our historic links.”

One example of these time-honoured links is in the work of local GAA club Glasgow Gaels, who took a group of youth players to Letterkenny just last year (top), where they played matches against local teams and enjoyed a visit to an area which has such strong links with their own home town.

“As a Clydebank community-based club we are delighted to hear the news of the Friendship Agreement with the Donegal County Council,” the club told The Irish Voice. “The links between Donegal and Clydebank are well established with a high population of Irish diaspora residing in the area. In fact, our Club President and part-founder of the Gaels, Paul Gallagher, emigrated to Scotland from Donegal over 20 years ago, a story which was featured on the popular TG4 series Bus Glaschú which aired in 2018.

“This past October, the Gaels youth teams had the pleasure of travelling to Letterkenny, solidifying these links and marking an historic occasion as the first Gaels youth teams to play on Irish soil. In addition, a group of our young members had the opportunity to participate in the Donegal Irish Diaspora Festival in Dungloe this year, with our U14 girls captain, Kayla Gallacher—from Clydebank—getting to lift the trophy presented by Donegal native Packie Bonner, who himself has significant ties to Scotland and the Irish community here.”

Gaels will join other organisations from across West Dunbartonshire in strengthening the official friendship of the two council area in the coming months and years, and the potential for a full twinning agreement in the future is an exciting one for a club which has many members of the Donegal diaspora within its ranks.

“If the towns of Letterkenny and Clydebank were officially twinned it would be a great occasion for our club and it would only highlight further the culture links between the diaspora in both towns,” Gaels continued. “This is especially poignant as many of our members families and some of the members themselves originally hail from Letterkenny and the surrounding areas. We have many members from Donegal themselves, including past chairwoman Annette Lloyd and youth coaches, Jim McGuinness and Padraig Coll.

“We hope in the future that we can host several cultural events as well as bringing the community and Irish diaspora together at our new state-of-the-heart GAA facility in the heart of Clydebank.”