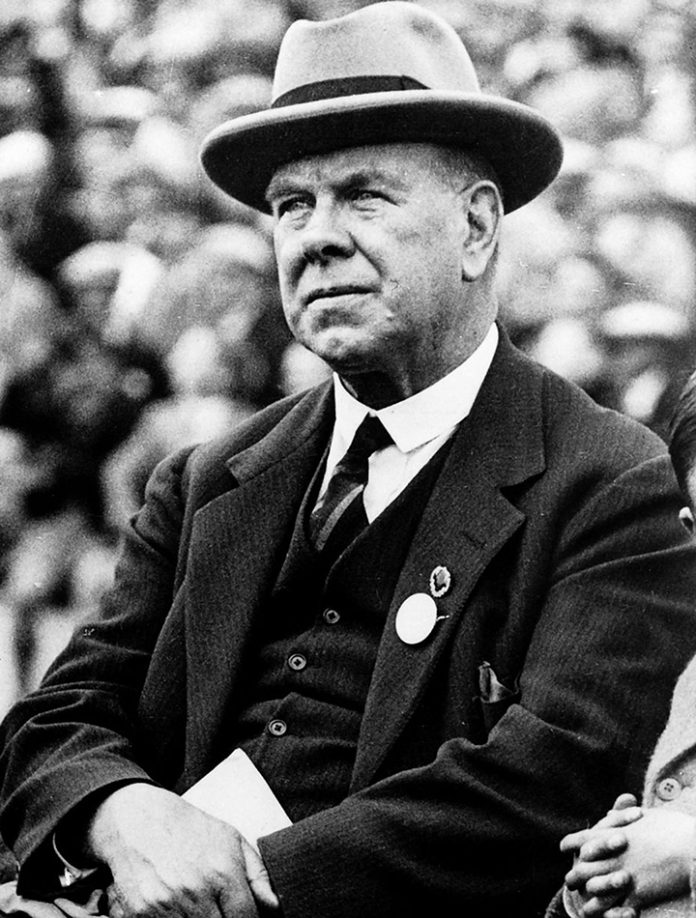 NEWRY may soon be unveiling a monument to Celtic’s first manager after cross party support for such a proposal was secured.

Willie Maley was a player in the first Celtic team, induced to join the ranks of the new club by Brother Walfrid and others as they sought the services of his brother Tom, and by 1897 he was appointed the first Secretary-Manager, going on to manage the team until 1940.

Born in Newry, he moved to Cathcart with his family and was heavily involved in athletics before playing football with Third Lanark and eventually joining Celtic, and through his involvement with the club as a manager (above) he won over 30 major honours.

Now a proposal for a statue in the Linenhall, where Maley was born, has been tabled by Sinn Fein councillor Charlie Casey—with unlikely support coming from a Rangers supporting colleague on the council.

Ulster Unionist councillor David Taylor gave his support for the proposal as he acknowledged the need to honour such an important local figure who went on to have great success after his arrival in Glasgow.

“I’m a committed Rangers fan and despite the intense rivalry that exists I would certainly have no issue with a statue being erected in Newry to Willie Maley,” Councillor Taylor said. “It is clear Willie Maley had an extremely successful tenure as manager of Glasgow Celtic and it is only right that the town where he was born offers some form of recognition to his career.

“I would expect any sporting icon, irrespective of colour or creed, to be offered worthy recognition by their home town and as such I would be happy to support a request for a suitable tribute to be offered to Willie Maley.”